Benjamin Netanyahu goes too far, again: This has become a war on Palestinian children 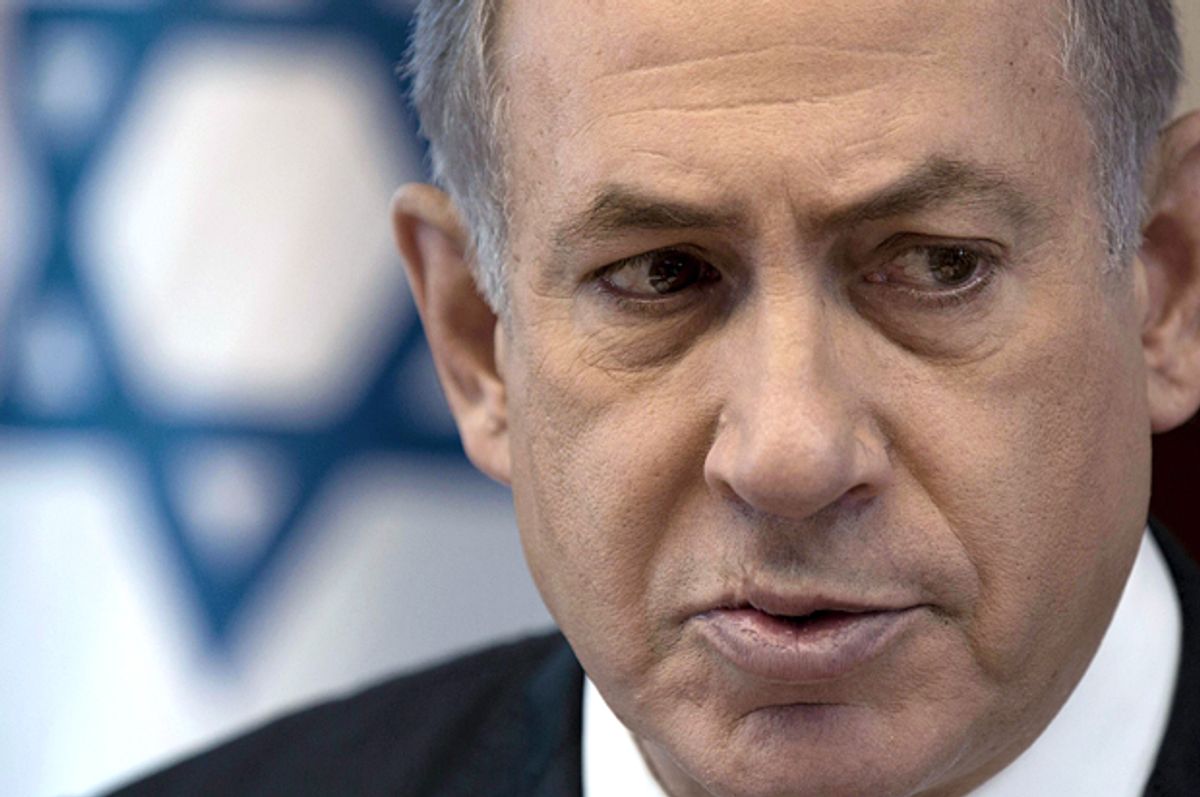 Last Monday, as tensions escalated throughout the occupied West Bank and East Jerusalem, Abdel-Rahman Shadi Khalil Obeidallah, 13, from Aida refugee camp in Bethlehem became one of the latest Palestinian children shot and killed by Israeli forces in circumstances that suggest a deliberate unlawful killing. While grave violations against Palestinian children by Israeli forces are a cornerstone of Israel’s seemingly permanent military occupation of the West Bank, including East Jerusalem, and the Gaza Strip, recent policy changes combined with systemic impunity will inevitably amplify an already dire situation for Palestinian children.

Recently the Israeli prime minister, Benjamin Netanyahu, promised a “harsh offensive” in response to the latest protests against Israel’s occupation and violence. During the first week of October, suspected Palestinian gunmen killed two Israeli settlers near the West Bank village of Beit Furik. On Oct. 3, Israeli police gunned down Muhannad Halabi, a 19-year-old Palestinian law student, after he stabbed to death an off-duty Israeli soldier and a rabbi in Jerusalem’s Old City, according to news reports. Hours later, police shot dead Fadi Alloun, 18, near the Old City’s Damascus Gate in East Jerusalem for allegedly stabbing a 15-year-old Israeli boy. Video of the shooting depicts Israeli police officers opening fire on Alloun as a crowd of onlookers urges them on. On the evening of Oct. 4, Israeli forces killed Huthayfa Othman Suleiman, 18, during clashes near the West Bank city of Tulkarem, Palestinian media reported. And the list goes on.

Netanyahu’s pledge comes after Israeli authorities relaxed live-fire rules providing Israeli police a green light to use live ammunition against Palestinian stone throwers in Jerusalem whenever they decide a “threat to life” exists. This is a significant change as live ammunition was previously only justified when an individual posed a direct, mortal threat to an officer’s own life.

While international law requires that intentional lethal force be used only when absolutely unavoidable, investigations by Defense for Children International Palestine (DCIP) regularly find that children posed no direct, mortal threat to the life of any police officer or soldier at the time they were killed.

For example, on May 15, 2014, two Palestinian teenagers, Nadeem Siam Nawara, 17, and Mohammad Mahmoud Odeh Salameh Abu Daher, 16, were shot and killed by Israeli forces near Israel’s Ofer military prison in the West Bank. Nadeem sustained a fatal gunshot wound to the chest, and Mohammad was shot in the back about an hour later in nearly the same spot. CCTV cameras, fixed on the building where the boys were shot, captured the fatal shootings, and reaffirmed that neither boy posed any lethal or imminent threat to Israeli forces at the time they were killed.

Recent changes to live-fire rules must be seen against the broader context of prolonged Israeli military occupation of Palestinians living in the West Bank and Jerusalem, where Palestinian children have endured heightened levels of violence in recent years as Israeli soldiers and police increasingly use excessive force to quash protests. Since 2014, at least 16 Palestinian children have died there at the hands of Israeli forces, all except one with live ammunition, according to evidence collected by DCIP. Only one incident resulted in both an investigation and indictment.

In a context where violent crimes against Palestinians by Israeli forces go unpunished and are often completely ignored by Israeli authorities, the relaxation of live-fire rules provide the Israeli military and police with tacit approval to inflict maximum harm.

At least 48 Palestinian children were injured in the first week of October, based on DCIP’s initial data. On Sunday, Israeli forces killed 14-year-old Ahmad Sharaka with live ammunition during demonstrations near the Jewish-only settlement of Beit El outside Ramallah in the occupied West Bank. He was the twenty-fourth Palestinian to be killed in October.

Even before the live-fire standard was lowered, the misuse of sponge-tipped plastic bullets by Israeli border police during clashes with Palestinian youth in East Jerusalem resulted in serious injuries to three children in September, according to documentation by DCIP. None of the children injured participated in the confrontations. These injuries followed the death of Mohammad Sunukrut, 16, in September 2014.

This past September marked fifteen years since the outbreak of the second intifada. During that time, Israeli forces and settlers have killed at least 1,997 Palestinian children, while survivors have had their futures stifled and suppressed by systemic discrimination, constant settlement expansion, and prolonged military occupation.

Children now represent 46.2 percent of the 4.68 million Palestinians living in the Occupied Palestinian Territory, and Israeli leadership seems more intent than ever to rely on the use of excessive force to manage an unjust, oppressive, and entirely unsustainable military occupation. The need for justice and accountability is urgent, yet unlikely to occur any time soon. Israeli officials must prohibit the use of excessive force against unarmed Palestinians, and ensure that Israeli forces at all times act in accordance with international law.