Hillary is still the Democrat for war: Her bellicosity toward Iran sounded very dangerous

On foreign policy issues in the debate, Hillary Clinton felt scarily quick on the trigger 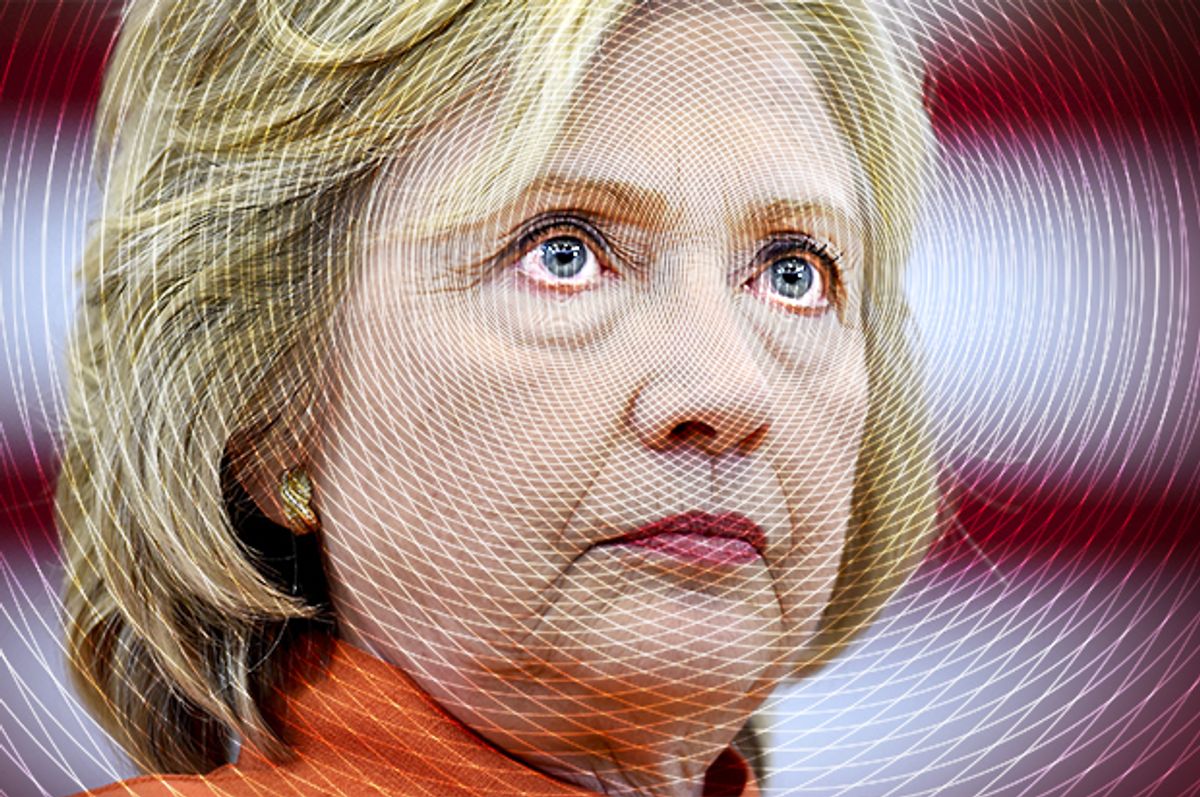 The internationally illegal U.S. invasion of Iraq was "the worst foreign policy blunder in the history of this country," Bernie Sanders declared, in a jab at Hillary Clinton, who supported the disastrous war.

Sparks were flying Tuesday night in the first 2015 Democratic presidential debate. Foreign policy, the second issue addressed (after guns), was not a big topic of discussion overall, but it was here that large differences between candidates were visible.

Hillary Clinton did not just support the Iraq War. She also previously defended torture; said she would consider dropping nuclear bombs on militants in South Asia; applauded the bombing of Libya, famously remarking "We came, we saw, he died" after Qadhafi was killed; and oversaw the U.S. drone war, in which targets are assassinated without charge or trial. Understandably then, she has quite a reputation for being a war hawk.

Although Clinton toned down some of her views in the debate, many of her hawkish foreign policy positions were quite reminiscent of those of mainstream Republicans.

Like most Republicans, Clinton said she wants the U.S. to "take more of a leadership position" in the world militarily. Sanders, on the other hand, explicitly opposed unilateral U.S. military action and called for working with regional coalitions in conflict-ridden areas.

Clinton's right-leaning tendencies were most evident in her discussion of Iran. She reserved particular ire for the country -- which was mentioned 14 times in the debate.

In the most egregious moment, when she was asked "which enemy are you most proud of," Clinton buoyantly replied "the Iranians."

Sanctions are inherently indiscriminate and are essentially an act of collective punishment of civilians for the actions of their government. U.S.-led U.N. sanctions on Iraq in the 1990s led to the deaths of over one million people, including over 500,000 children. In the words of journalist Murtaza Hussain, "sanctions against a country is not an alternative to war, but a form of war in and of themselves." This is not something putative progressive presidential candidates should be reveling in.

Every candidate on stage save for Jim Webb -- a little-known former senator from Virginia with right-wing views -- supported the Iran nuclear deal, which will halt U.S. and European sanctions on Iran in return for a series of strict restrictions on its nuclear program. Clinton, however, has only critically supported the agreement, with caveats. Like her Republican counterparts, she has also insisted that the Obama administration has "not done enough" militarily to counter Russian and Iranian influence in the region.

Clinton's ill feelings toward Iran were made very clear. Yet no one in the debate called her out on her fearmongering and defense of sanctions.

The other candidates did, however, hold Clinton's feet to the fire on Iraq. Iraq was mentioned 19 times in the debate -- more than any country except for Syria.

Lincoln Chafee, a former Rhode Island senator and governor with a small following, agreed with Sanders' assessment of the illegal U.S. war in Iraq, which he perhaps hyperbolically called "the worst decision in American history."

In a jab at Clinton, Chafee said he knew in 2002 "there was no real evidence of weapons of mass destruction in Iraq -- I know because I did my homework."

Clinton tried to avoid Iraq every time it was brought up, and sought to distance herself from her support for the illegal U.S. invasion. Her support for the catastrophic war -- which left at least one million people dead; destroyed the country; and destabilized the region, creating the chaotic conditions in which al-Qaeda rapidly spread and out of which ISIS emerged -- was the largest egg on her face.

In 2002, when the war was being considered, Sanders was one of its most outspoken opponents. In the debate, Sanders pointed out that much of what he predicted 13 years ago in fact came true. "I say, without any joy in my heart, that much of what I thought would happen about the destabilization, in fact, did happen."

Sanders, who also voted against the 1990 Gulf War, maintained that, from working with veterans, "I learned a very powerful lesson about the cost of war, and I will do everything that I can to make sure that the United States does not get involved in another quagmire like we did in Iraq."

The democratic socialist, whose popularity is rapidly growing and whose anti-corporate grassroots campaign has taken the country by storm, established himself as the most anti-militarist candidate.

In short, the first presidential debate showed how Clinton represents the right wing of the Democratic Party, which tends to support U.S. military involvement in every conflict. Sanders, on the other hand -- although a longtime independent -- represents the left wing of the party, which opposes war in most, yet not all, cases.

Neither candidate talks much about foreign policy. But war is incredibly unpopular among the American public -- and Clinton's Republican-esque hawkishness even more so.