Piers Morgan ghoulishly trolls the Kardashians over Lamar Odom's collapse: His "dignity and reputation are already dead, shredded at the altar of reality television" 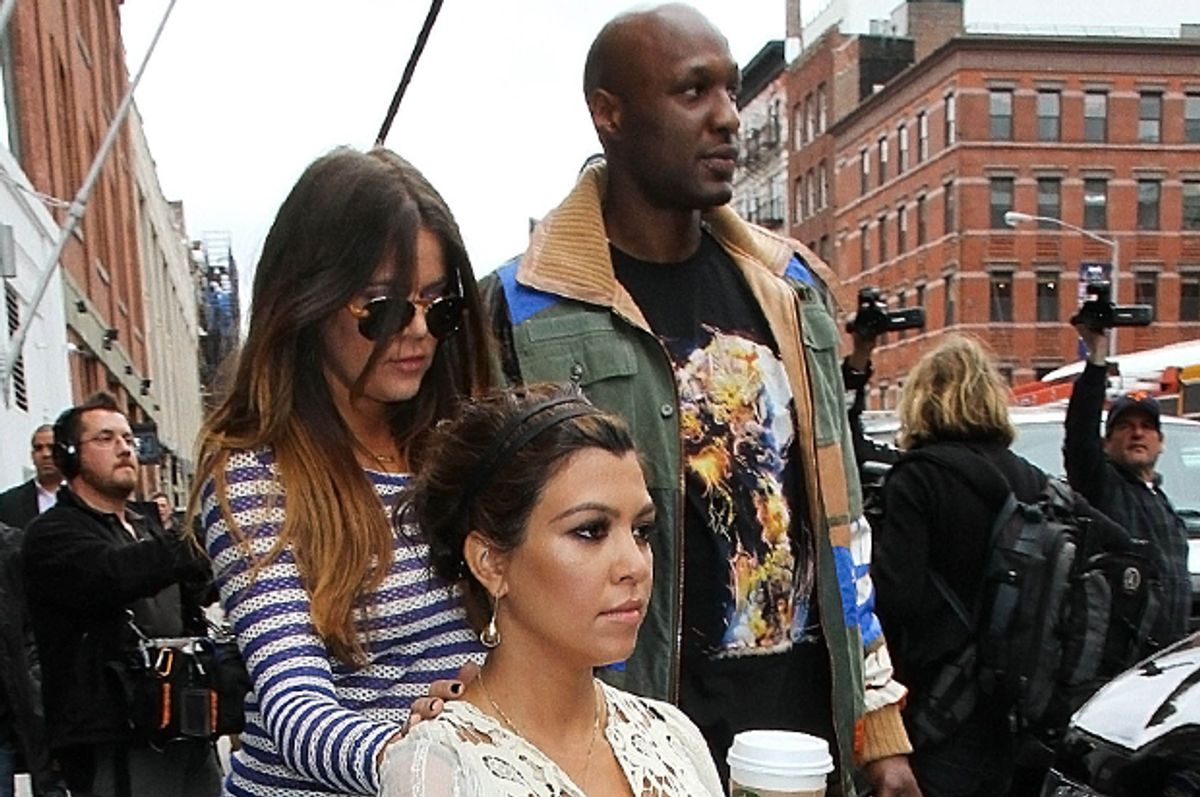 On Tuesday evening, former NBA star and ex-husband of Khloe Kardashian Lamar Odom was hospitalized after being found unconscious in a Nevada brothel called the Bunny Love Ranch. A source told ESPN Wednesday that the 35 year-old is in serious condition and that "the next 48 hours are critical." E! has reported that the case is being treated as "an overdose" and that "likely there's brain damage." The brothel's owner, Dennis Hof, told the Associated Press that Odom was discovered facedown by two women, and that he was "throwing up all kinds of stuff" when they turned him over. He claims Odom had been drinking cognac and taking herbal Viagra.

And so on Wednesday, proud white person Morgan decided to delve into the latest twist in Odom's story, in a piece boldly entitled "Lamar Odom’s tragedy is that he just couldn’t keep up with the Kardashians." It's got a hell of an opener: "There can’t be many more pitiful, humiliating ways to potentially end your life than face down in an infamous Nevada brothel, vomiting uncontrollably from the overdose of herbal Viagra you took to keep up with myriad prostitutes during a 4-day binge." And it goes from there.

Morgan, nobody's best idea of an expert on the subject of dignity and reputation, goes on to assert that whatever comes next, Odom's "dignity and reputation are already dead, shredded at the altar of reality television." He recounts Odom's already heartbreak-filled life, "His mother died when he was 12, his father was a heroin addict, and he lost a six-month old child to sudden death syndrome." Odom's youngest son Jayden was seven months old when he died in 2006.

In 2011, while  in New York to attend the funeral of his slain cousin, Odom was in the back of a chauffeur-driven SUV when it struck and killed a 15 year-old pedestrian. In 2013 he was arrested for a DUI and sentenced to probation. He and Kardashian separated the same year. After a very brief run in 2014 with the Knicks, he was waived by the team, about which Morgan said, "Unfortunately, Lamar was unable to uphold the standards to return as an NBA player." This past summer, two close friends died in the span of a week. He has for years been hounded by rumors of drug use and infidelity.

The guy's life has been marred by tragedy and a family legacy of drug use. In 2013, he ranted against his father, saying, "He was absent ALL of my life due to his own demons." But according to Piers Morgan, the problem is something else. It's not quite Odom's in-laws and their "billion-dollar global family brand built on an entirely false edifice of transitory, talentless fame." No, it's "society, for evolving into the very thing Andy Warhol warned us all would happen: everyone could be famous for 15 minutes." Oh God, Morgan actually used the Warhol quote to explain Odom's current state. If we could get a presidential candidate who'd outlaw the use of that line, along with the word "Orwellian," in any context, I'd Super PAC the crap out of that.

According to Morgan, it's all gone down a little like this: "He was focused, intense, combative and brilliant. The consummate professional. Then he fell in love with a Kardashian and his life became public property…. It takes a very advanced degree of narcissism and the hide of a thousand rhinos to deal with that kind of scrutiny. Lamar, unlike the family he married into, was too sensitive, too vulnerable." And in case there's any question in your mind that Piers Morgan is totally cool with simplistic, dumbed down guesswork, he then followed up on Twitter with the clearcut verdict, "I don't blame the Kardashians, I blame reality TV."

It's so easy to boil down the circumstances of a man's whole sad and difficult life to a quick tweet. It's so easy to say if it wasn't the Kardashians at fault, it was definitely "Keeping Up the Kardashians" that was. Whatever it was that brought Lamar Odom to the hospital where he is now, it wasn't just one thing. It wasn't TV. It wasn't his father. It wasn't a very famous family. It wasn't the losses he's suffered or the private demons he wrestles. Life's not black and white, and it rarely offers neat explanations. And Morgan might have known that, if he'd only been keeping up.