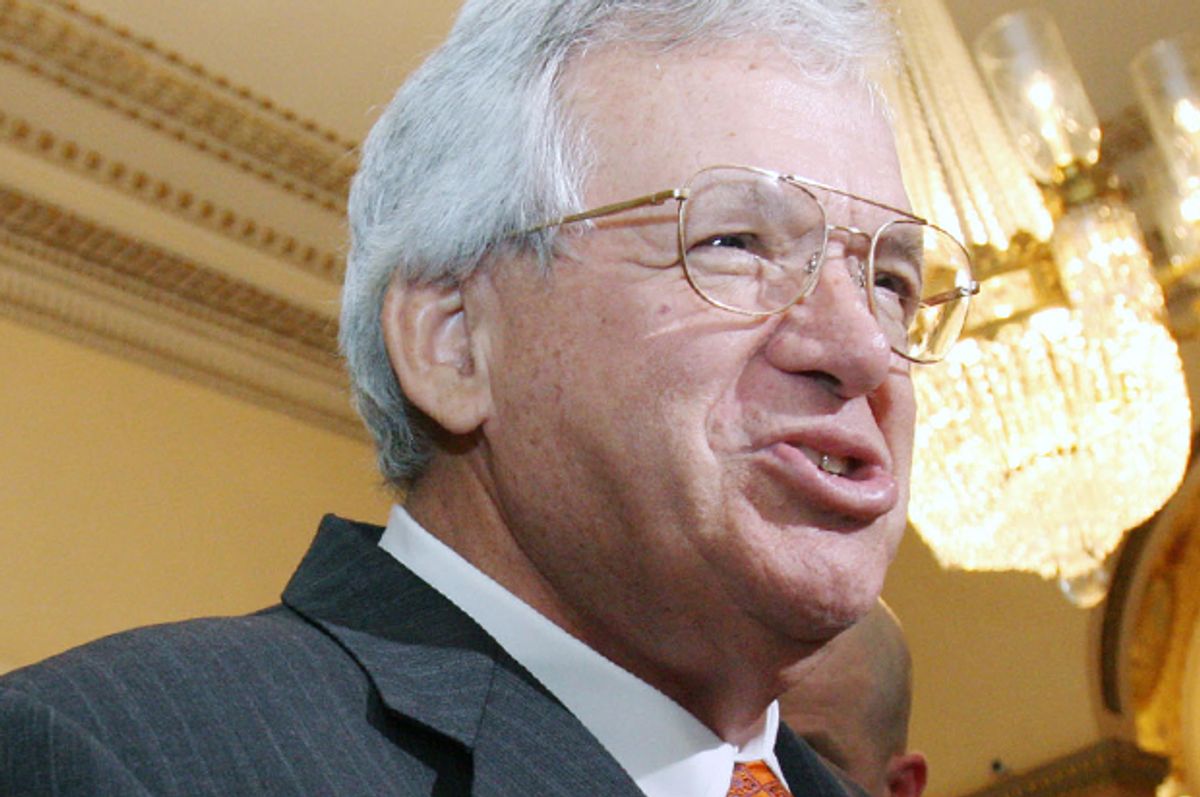 An attorney for Dennis Hastert has told a federal judge that the former House speaker intends to plead guilty in a federal hush-money case.

John Gallo said during a brief hearing Thursday that he expects to have a written plea agreement by Monday. And he asked the judge to set a date for a change of plea. The judge scheduled an Oct. 28 hearing.

Gallo did not mention any of the terms, including what counts Hastert would plead guilty to.

A plea deal would avert a trial and help keep any potentially embarrassing secrets quiet.

The 73-year-old Illinois Republican is charged with breaking banking laws and lying to the FBIin efforts to pay someone $3.5 million to hide claims of past misconduct.

The Associated Press and other media, citing anonymous sources, have reported the payments were meant to conceal claims of sexual misconduct decades ago.