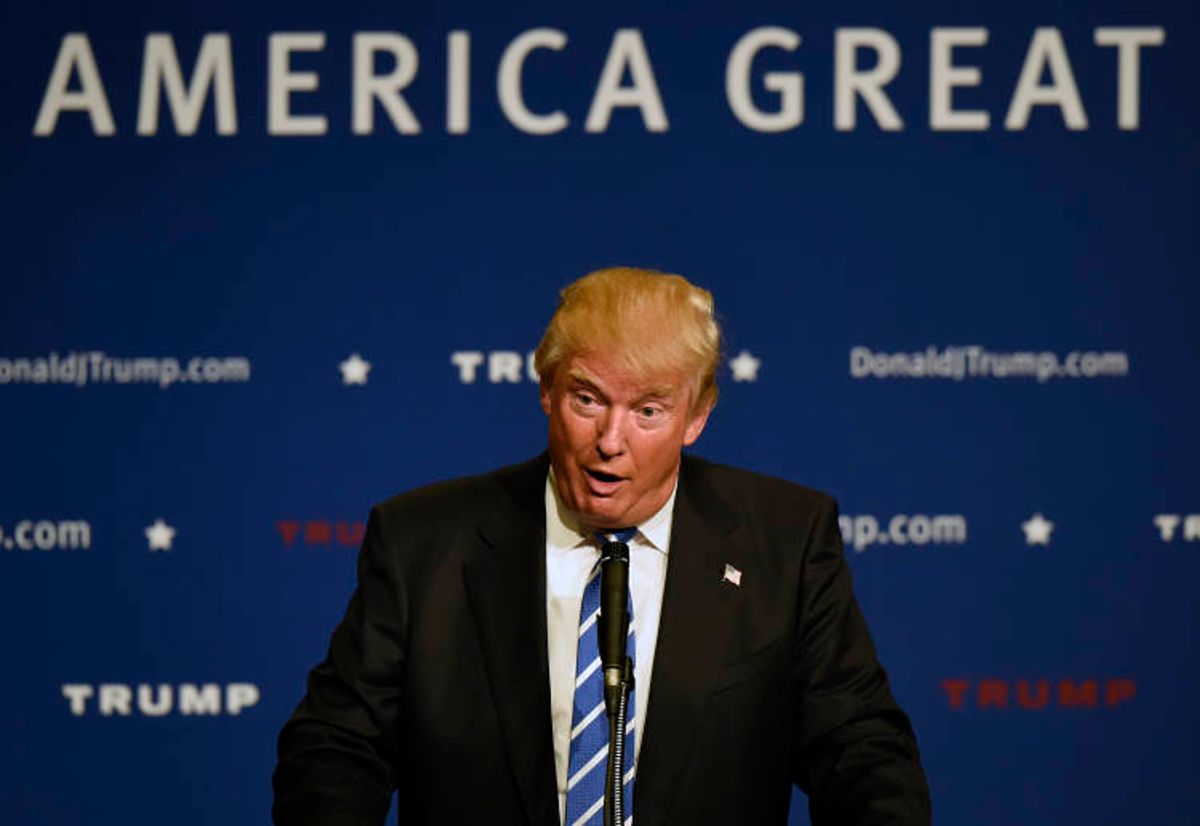 As inflammatory language tends to do, Donald Trump's campaign rhetoric incited a scuffle between his supporters and immigration activists during a rally last night, leading to at least one Trump supporter spitting on a protester.

Trump made his first campaign stop in Virginia and held a rally in Richmond, where he went after "maniac" Bernie Sanders before delving into his usual anti-immigrant tirade.

At this point the protesters began heckling Trump, booing and chanting while he attempted to continue his diatribe.

“That’s alright,” Trump said, according to USA Today, “that’s why we have freedom of speech."

According to the local CBS affiliate, the group of protestors was small but they were apparently vocal enough to anger some Trump supporters, including one man who repeatedly yelled obscenities at a protestor wearing a t-shirt emblazoned with a popular George Lopez diss directed at the Republican frontrunner:

Here is a report from CNN's Sara Murray: