Remember Leelah Alcorn: It's time to ban "conversion therapy" for LGBT youth in all 50 states 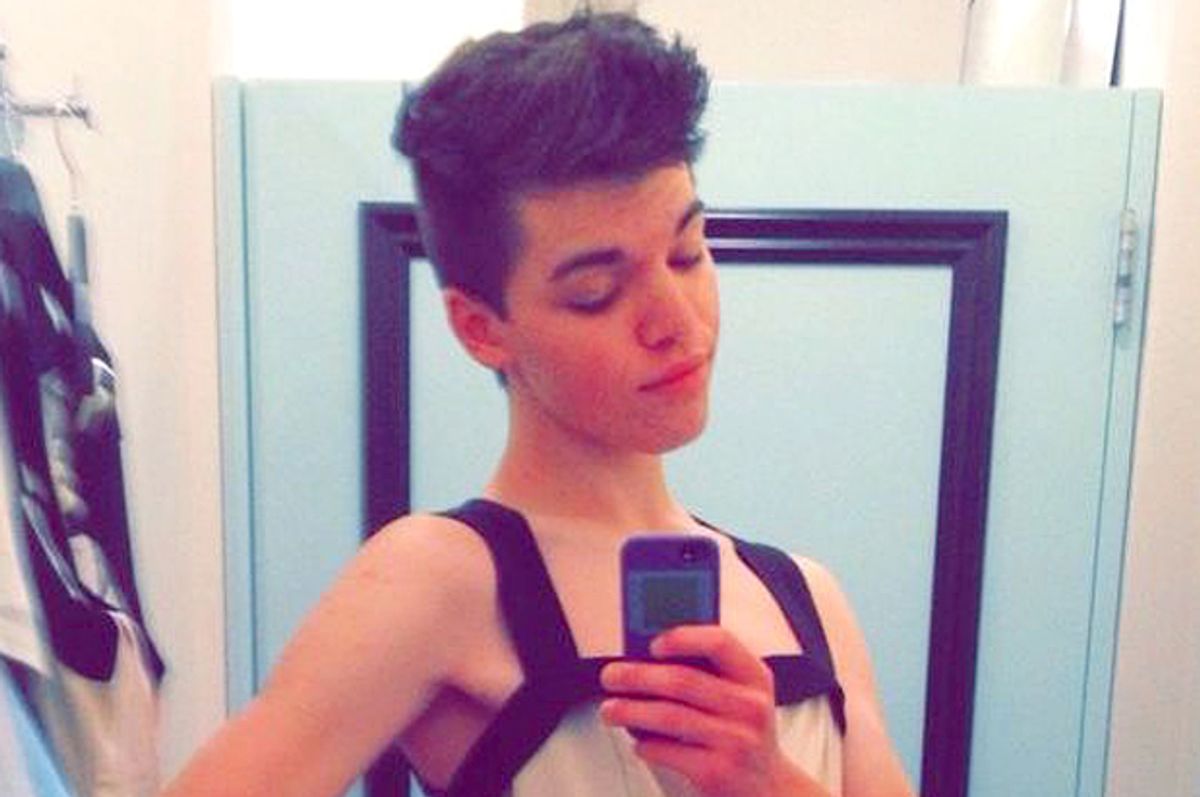 Today in things we have to keep saying until we don't need to say them any more: a new report issued Thursday by the Substance Abuse and Mental Health Services Administration (SAMHSA) has called for the U.S. to put an end once and for all to end conversion therapy for LGBT youths.

The report, which SAMHSA has made available free "so parents can read it,” affirms that "none of the existing research supports the premise that mental or behavioral health interventions can alter gender identity or sexual orientation." Did you read that? None. Anything clearer than none?

As SAMHSA Special Expert on LGBT Affairs Elliot Kennedy told Reuters this week, these practices are "not effective, reinforce harmful gender stereotypes and are not appropriate mental health treatments."

The SAMHSA report is just the latest in a long string of firm and clear statements — from wildly varying sources — decrying the practice. Earlier this year, the White House, inspired by the suicide of trans teen Leelah Alcorn — who had claimed her parents forced her to attend conversion therapy sessions — declared that "This administration supports efforts to ban the use of conversion therapy for minors." Last year, members of the United Nations Committee Against Torture publicly expressed their concern over the practice. The American Psychological Association, World Health Organization, the American Medical Association, the American Academy of Pediatrics, the American Academy of Child and Adolescent Psychiatry and the American Counseling Association all vehemently oppose it.

But it's not just those fringe groups of gays, liberals and doctors and scientists who oppose this barbaric practice. In 2013, Alan Chambers, the president of conversion therapy organization Exodus International, shut down the business and issued a formal apology, acknowledging, "For quite some time, we've been imprisoned in a worldview that's neither honoring toward our fellow human beings, nor biblical." Since then, several former leaders from the movement have also come forward to likewise apologize for the damage inflicted.

And just last week, even Southern Baptist leader Albert Mohler gave it his backhanded condemnation, saying, "In the case of many people struggling with this particular sin, we do not believe that some kind of superficial answer whereby they can turn a switch from being attracted to persons of the same sex to being attracted to persons of the opposite sex."

Yet so far, only four states have outright bans on the practice. This year, Oregon and Illinois joined California and New Jersey in implementing them. But in April, Colorado Republicans actually shut down a bill that would have stopped the practice. At the time, Senator Owen Hill concern trolled that "I am hesitant to use the heavy hand of government to take away the dignity of choice in cases where individuals want this therapy."

The effectiveness of trying to force a kid who is gay, or transgender, or questioning to be not be gay, or transgender, or questioning has been repeatedly debunked. It does not work. In June, found the practices of one organization, Jews Offering New Alternatives for Healing (JONAH) "fraudulent and unconscionable."  But conversion therapy isn't just a fraud — it's abusive. It's a horrendous and shameful thing to put one's child through. No group with any credibility endorses it, and even ones with questionable credibility don't. So let's say it again — because we need 46 more states to recognize that simple truth.