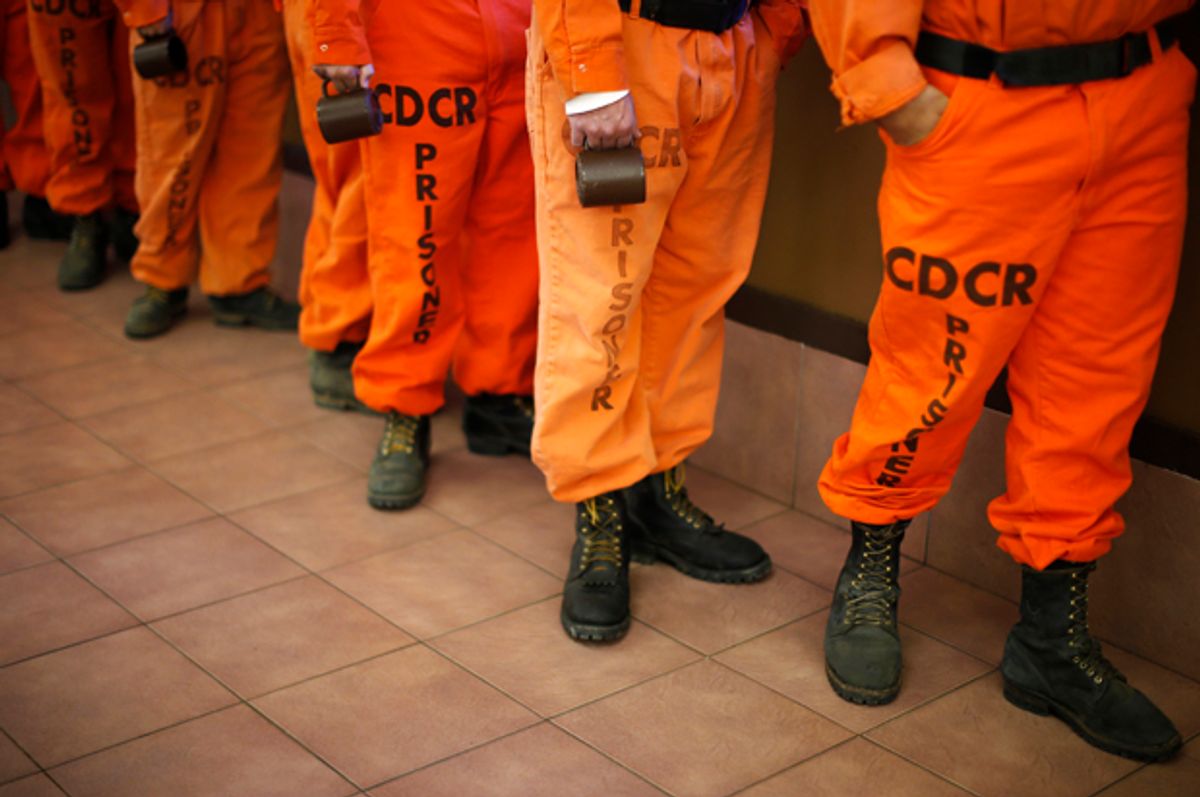 After being declared as good as dead by the media, the effort to get significant criminal justice reform legislation through the Congress has come roaring back. A major bill with bipartisan support looks poised to clear the Senate; and a similar bipartisan crack at reform was recently announced in the House. It's never a good idea to trust the Congress won't find a way to snatch defeat from the jaws of victory, of course. But it really seems that in an era of gridlock and polarization, criminal justice reform will be the exception to the rule.

Encouraging as all that is, however, it in no way means that reformers' work is almost done. Federal legislation can only go so far, for one thing. For another, many of the most-discussed reforms pertain to the "front-end" of the system — i.e., trying to reduce the number of people who are gobbled-up by the carceral state to begin with. On the other hand, the "back-end" — i.e., helping the formerly incarcerated fully reenter society — has gotten less attention. But according to Holly Harris, executive director of the nonpartisan U.S. Justice Action Network, a front-heavy approach to reform is doomed.

Recently, Salon spoke over the phone with Harris about her organization, its current focus, and why it's so important that we give the formerly incarcerated a real second chance. Our conversation is below and has been edited for clarity and length.

To start, could you tell me a bit about U.S. Justice Action Network?

We’re the largest bipartisan group working at both the state and federal level to reform the criminal justice system. We’re actually comprised of eight partner organizations which rarely agree on anything but agree that criminal justice reform is necessary.

All of these groups act as a coalition, and through the U.S. Justice Action Network, we’re working to safely reduce the prison population, the astronomical associated costs to taxpayers, and addressing overcriminalization. We’re moving a lot of these duplicative, unnecessary, unfair laws from the books completely.

What have you been working on lately? The Senate's criminal justice reform bill?

There was a lot of skepticism regarding whether we would even see a consensus bill this year or that it wouldn’t be comprehensive. All of those D.C. rumors turned out to be false. We’ve now seen a very significant bill from Chairman Grassley, and an equally significant bill from Chairman Goodlatte. It appears that Chairman Goodlatte is going to approach criminal justice reform comprehensively, but in sections. So we’re really pleased to see that he’s going to move forward with overcriminalization, civil asset forfeiture and, particularly, reentry issues.

A lot of the press has focused on sentencing reform, and there hasn’t been enough attention paid to reentry issues. But, of course, one doesn’t work without the other. If we’re going to be releasing these individuals back into society, we have to give them the tools to support themselves and lead crime-free lives. And that starts with a well-paid job.

That's a great point about reentry getting short shrift. Can you tell me a little bit more about why it's so important that reformers not forget about reentry?

It’s a really significant economic issue for this entire country. Individuals who’ve been incarcerated work nine fewer weeks per year and take home 40 percent less annual pay than their colleagues. And if these individuals can’t find well-paid jobs, they very often return to crime, and then prison, and then become the taxpayer’s burden again.

This relates to the "ban the box" campaigns, right?

One of the greatest obstacles that individuals have when they apply for a government job is that they have to check the box showing they have a criminal record. It very often dismisses them from the process early. So removing that “government obstacle” is a win-win, because it allows these individuals to move forward, and it also broadens the pool of skilled labor that’s available not only for the public sector, but for manufacturing jobs, where there is a real dearth of skilled labor.

I also just want to mention the Second Chance Reauthorization Act, which has bipartisan support and powerful members [of Congress] like Sen. Rob Portman and Sen. Marco Rubio and Sen. Patrick Leahy [behind it].

What will that bill do to improve reentry?

There hasn’t been much attention on the Second Chance Reauthorization Act, but it incentivizes organizations to hire ex-offenders or to put together reentry programs. So that’s a piece of legislation at the federal level that we think is crucial and has a lot of great components. And we believe that, based on what Chairman Goodlatte said about moving forward with re-entry issues, this could be on the table very soon.

With the presidential election cycle now clearly in full-swing, how does the media's transition into pure horserace coverage change what you folks do? Is it harder to get traction on these issues when the press is even less interested in policy than is usually the case?

It actually provides us with another platform. We talk on the Hill and we’re in state houses across the country; but working in the presidential [cycle] allows us another megaphone to talk about these issues — especially with two significant pieces of federal legislation on the table.

All of the candidates have said in a general way that they’re supportive of reform, but very few have been specific about what reforms they support, what types of sentencing reforms they support, what types of reentry programs they would support, etc.  So now, with federal legislation on the table, it’s going to force these candidates to get more specific, and provide us with another platform to educate society on how the criminal justice system impacts all of us.

People have noticed that the Democrats spent much more time discussing criminal justice reform in their debate than Republicans have in theirs — at least so far. Have you found Republican candidates' shying away from discussing reform on the big stage to be frustrating? Or does it not matter, what they say in front of the cameras?

One of the frustrating things is that [the GOP debate moderators] didn’t ask about it! It seems like the Democratic candidates get asked about justice reform more than the Republican candidates do. I understand that there are hot issues out there — national security, Planned Parenthood, etc. — but on these issues, the answers from the candidates are going to be largely the same. If the candidates were asked more on criminal justice reform, I think that’s where this presidential race could get really interesting, because we could get very nuanced answers.

Look at a guy like Gov. Chris Christie, a law-and-order guy, versus a guy like Gov. John Kasich, who has implemented "Ban the Box," who has signed measures in Ohio that flatline the prison population there.

We want to see these candidates pressed on these issues more — if for no other reason than this is the one area that has bipartisan support and where this country could see progress this year. It’s absolutely paramount that we know where these candidates stand; whether they’re going to continue the bipartisan progress that’s been made, or if they’re going to revert to the failed policies of the 1980s.

Here’s what I would say, and this is what everybody forgets: Your violent offenders didn’t start off that way. They very often started out as low-level, nonviolent offenders who reentered society unsuccessfully, couldn’t find jobs, couldn’t support themselves, returned to crime — and actually became better criminals while they were in prison. I think if we can put as much emphasis on reentry issues for the nonviolent low-level offenders, we can ensure that those individuals don’t return to prison as violent offenders. Because, very often, that’s what happens.

I hate to harp on this, but there’s just not enough coverage of [reentry]. The reentry issues are just as important as the sentencing reform side. So how I would address the skeptics there is: Yeah, we need to address that, but the first step in doing that is ensuring that the low-level nonviolent offenders are successfully reentering society.