The "We Saw Your Boobs" and "Family Guy" creator is also for Sanders -- and introduced him quite oddly in L.A. 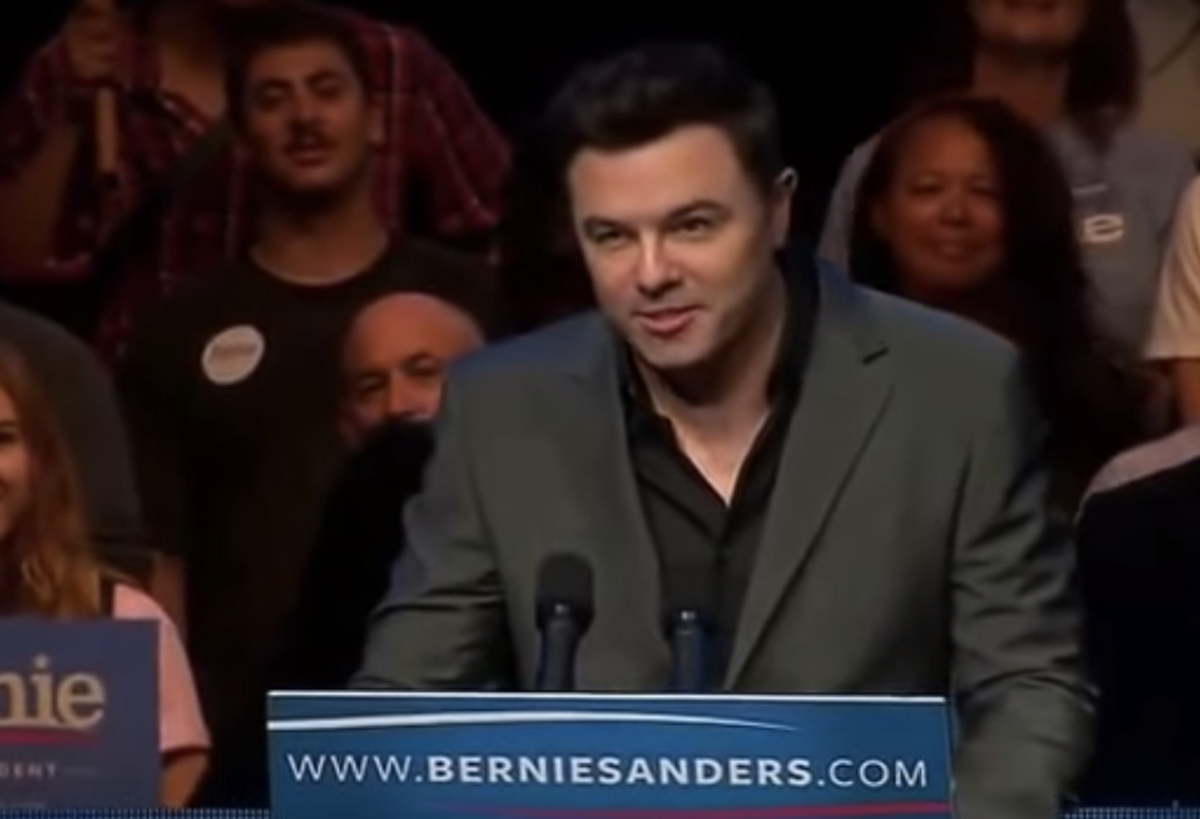 Seth MacFarlane has seemed tight with Rush Limbaugh and scandalized the Oscars with "We Saw Your Boobs." Turns out he's also voting for Bernie Sanders!

Yesterday in Los Angeles, there was nothing like a little comedy to make Democratic presidential candidate Sen. Bernie Sanders’s politics go down smoother with the audience - especially since his advocate was none other than the "Family Guy" creator.

MacFarlane emphasized that Sanders was the only presidential candidate who fully grasped the “enemy” and fact of climate change “that is supported by like every scientist in the world.” He drove the consequences home by adding: “You all seem perfectly nice. In five years. I don’t want to have to battle y’all for water with a sword made out of a rusty selfie stick.”

MacFarlane also masterfully managed to simultaneously reassure Americans’ socialist qualms, while invoking and even implicitly comparing the historical might of F.D.R. to Sanders:

“The Right has done a marvelous job of convincing many Americans that socialism is a bad word. America will never be a socialist country, nor would I want it to be. But perhaps the greatest president of the 21st century, F.D.R., implemented vast social reforms before and during the New Deal which is why your five-year-old no longer has to work in a mill for 24 hours a day, making colorful sweaters for Bill Cosby."