Which is worse: cops being embarrassed or an unarmed black man being gunned down by police? 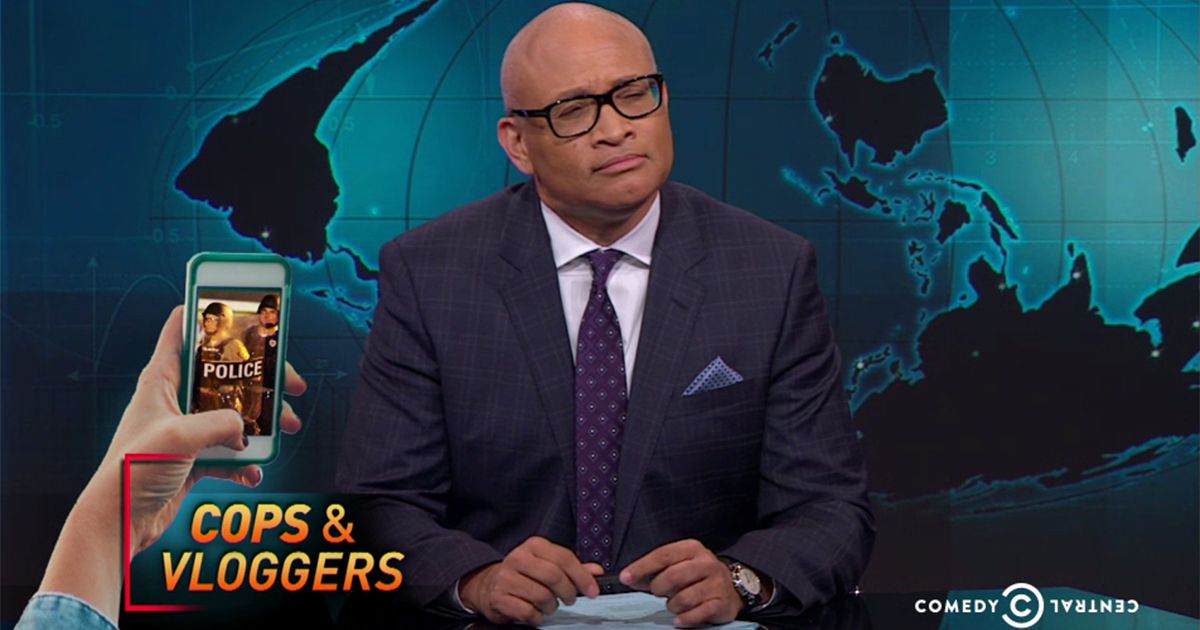 Thursday evening's Nightly Show with Larry Wilmore talked about the recent gathering at the Justice Department where law enforcement officers met with Attorney General Loretta Lynch to discuss why there has been a rise in the national murder rate. Their rational: Cell phone cameras discourage cops from using necessary force and doing their jobs.

"...officers in American cities have pulled back and have stopped policing as aggressively as they use to," The Washington Post report reads, "fearing that they could be the next person in a uniform featured on a career-ending viral video."

"So let me get this straight," Wilmore said. "Police are worried about being embarrassed in viral videos so they just stop doing their jobs? I mean, seriously, I've been on World Star Hip Hop six times now! That does not mean I can just stop doing my job every day."

Check out Wilmore compare a cop being embarrassed with an unarmed black man gunned down by police and ask which one is worse: