Bruce Willis is suffering from Trumpitis, he tells Jimmy Fallon

"A lot of times, I'll start off with hair, and then I'll just shave it," Willis attempted to explain 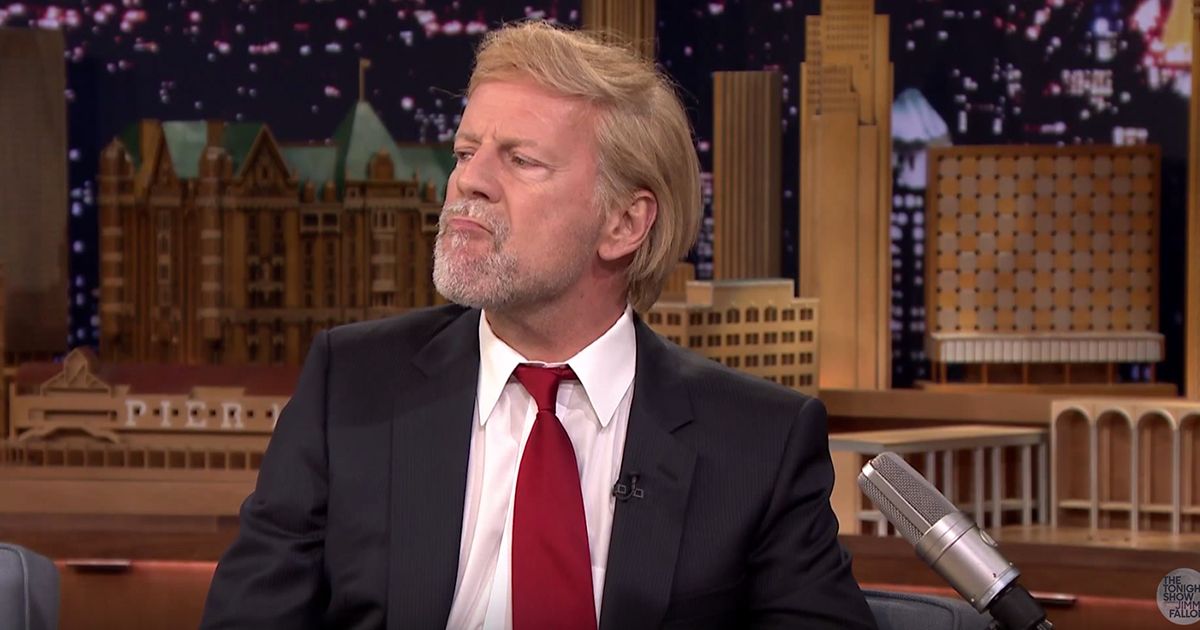 Trumpitis is a very serious condition according to Urban Dictionary. "Most common symptoms include Oompa Loompa-toned skin, reverse-mullet which is combed to one side, pursed lips when talking, and aversions to all things Rosie O'Donnell."

Friday night, actor Bruce Willis revealed that he is suffering from this serious affliction on The Tonight Show with Jimmy Fallon. The action star is no stranger to tragedy, after all  -- he died in such an impossibly sad yet heroic way in Armageddon. And we all know what happened when he did finally die, he ended up haunting Haley Joel Osment as a little kid. It's a harrowing fate. Willis is about to star in the Broadway show for "Misery" it is entirely possible this early onset of Trumpitis was caused by a form of method acting gone awry. Only time will tell.

"It suddenly has just seemed to grow exponentially," Willis heroically attempted to explain to Fallon. "And I was a blonde when I was a kid." The poor man. "A lot of times, I'll start off with hair, and then I'll just shave it. Shave it down. It's shiny you don't have to worry about it."

"This is it," Willis admitted.

Fallon showed photos from Willis' other films like "Armageddon," "Pulp Fiction," "Die Hard" and "Look Who's Talking" all of which featured Willis with hair. Fallon said it could, however, have been photoshopped. He then showed a clip from "Sixth Sense" and Willis had hair there as well.

Check out the brilliant comedy below: