For decades, one growing number has defined our energy costs, housing/tax policy, big business and more. Look out! 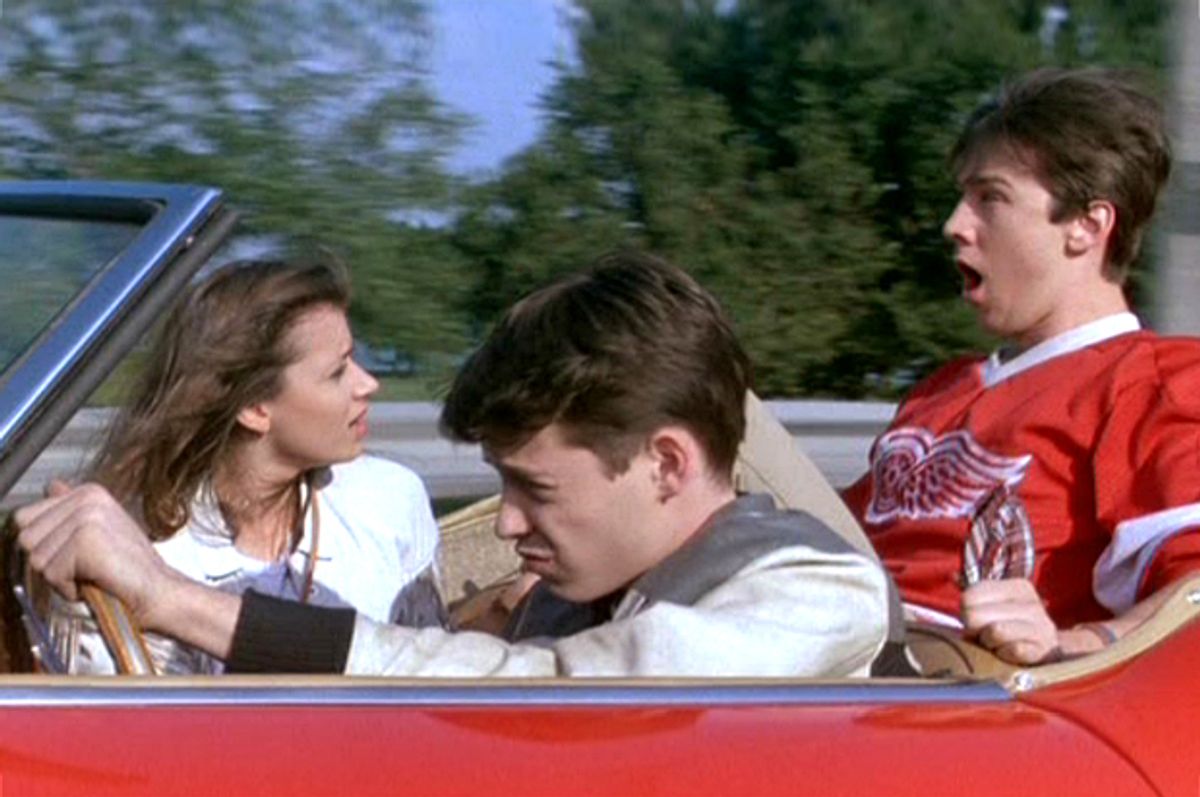 Let’s take a look at the era that began in 2001, when the ﬁrst Millennials graduated college, got jobs, and started families. Eight years later, in 2009, Millennials drove 23 percent fewer miles on average than their same-age predecessors did in 2001. That is, their average mileage—VMT, or vehicle miles traveled—plummeted from 10,300 miles a year to 7,900, a difference of 2,400 miles a year, or 46 fewer miles a week.

It’s not that they stopped traveling. While Millennials made 15 percent fewer trips by car, they took 16 percent more bike trips than their same-age predecessors did in 2001, and their public–transit passenger miles increased by a whopping 40 percent. That’s 117 more miles annually biking, walking, or taking public transit than their same-age predecessors used in 2001.

When a cohort of the size of the Millennial generation changes behavior that radically, it’s a little like what happens when a third of the people on board a ferry decide to move from starboard to port: the entire boat starts to list. Which is what is happening to the United States. In every ﬁve-year period from 1945 to 2004, Americans had driven more miles than they did the half-decade before. In 2004, the average American drove 85 percent more than in 1970. But by 2011, the average American was driving 6 percent fewer miles than in 2004. Baby Boomers and Gen Xers were a small part of the reason—they drove somewhat less in 2009 than in 2001—but the big cause was the Millennials. What makes this even more dramatic is that, by 2009, only half the Millennial generation was even out of high school. If all eighty million Millennials retain their current driving habits for the next twenty-ﬁve years, the US population will increase by 21 percent, but total VMT will be even less than it is today, and per capita VMT—the vehicle miles traveled per person—will fall off the table.

Some of the consequences of what happened are unambiguously positive. Americans spent 421 million fewer hours stuck in trafﬁc in 2011 than they did in 2005. For the ﬁrst time, the number of cars being “retired” is actually greater than the number of new cars being sold.

Other results are more complicated. When the irresistible force of the Millennials hits the immovable object of America’s car-centric transportation infrastructure, there are going to be a lot of very interesting side-effects. Gas consumption in 2014 was at a ten-year low, which is deﬁnitely a good thing for anyone who thinks that US foreign policy ought not to be driven by the need to secure sources of petroleum in dangerous parts of the world. But it’s also the reason the Highway Trust Fund was on the brink of bankruptcy in 2014: less gas purchased means fewer gas tax dollars for roadways. In the same way, Millennial housing choices are revitalizing thousands of neighborhoods that were built before the convenience of automobile drivers became paramount, but are leaving a lot of suburban housing stock behind. In 2006—before the crash of 2008—urban planner Arthur C. Nelson wrote an article in the Journal of the American Planning Association that estimated that, by 2025, the United States will have 22 million unwanted large-lot suburban homes.

Housing values. Energy policy. Health costs. Taxes. The future of the car business. It’s probably not possible to list all the implications of the Millennial turnaround on cars and driving. But there’s one big question that can’t be avoided: Why? Why, for the ﬁrst time since the Model T, are Americans less interested in driving? There are dozens of answers to those questions in wide circulation among policy wonks, urban historians, and transportation engineers—some of them better than others.

One not-so-persuasive reason that I hear a lot is the economic one. In this version, the reason for the dramatic drop-off in driving among Millennials is the recession of 2008, which was not only the worst financial crisis since the Great Depression but hit the Millennials especially hard.

If you ﬁnished college in 2008 or 2009, you (1) were almost certainly a Millennial and (2) had a really hard time ﬁnding a decent job. Meanwhile, it was true that the price of a new or used car held pretty steady during the years after 2008, and, because interest rates declined even faster than per capita VMT, the real cost of buying a car actually declined, at least for buyers who could get a car loan. However, the price of gasoline increased substantially. Between 2001 and 2010, in fact, the average American’s bill for ﬁlling up the tank increased from $1,100 to $2,300 (in 2011 dollars). In this scenario, driving less was just a rational, and temporary, expedient.

It makes sense. Except that the decline in VMT among Millennials—and everyone, really—began in 2004. And it has continued through 2014, long after the worst effects of the Great Recession have passed. It’s not that economic downturns don’t affect driving behavior, it’s that once the downturn is over, Americans have always returned to their cars. But not this time.

It’s not the economy, stupid.

Nor can the Millennials’ choices be explained away by college debt. Though recent college graduates are likely to have borrowed more money than previous generations to pay for their diplomas (and the amounts in question are larger than ever) there is no data showing a correlation between the amount of debt owed and the debtor’s VMT. Nor is environmentalism the cause. In a 2011 poll, only 16 percent of Millennials strongly agreed with the statement, “I want to protect the environment, so I drive less.”

So if it isn’t the recession, or debt, or environmentalism, then what has completely transformed the minds of a signiﬁcant portion of a very large generation? A more plausible reason for the sea change in Millennial behavior is that they are the ﬁrst generation that started driving in the age of graduated driver licensing statutes. In 1996, the year the ﬁrst Millennials were turning ﬁfteen and sixteen, Florida enacted America’s ﬁrst comprehensive GDL program, which broke the process of getting a driver’s license into stages. At the ﬁrst stage, a learner’s permit was granted upon passing a written driving exam, and the licensee was required to take a state-sanctioned driving course, frequently one that cost $500 or more. The second stage offered the new driver, after completion of a road test, an intermediate license that restricted driving in substantial ways. Only after completing the ﬁrst two stages was a full license available. The GDL laws decreased new drivers’ mobility in order to increase their safety, and they worked so well—fatal crashes involving sixteen-year-old drivers dropped by a quarter between 1995 and 2005—that every state now has its own version.

And GDL programs don’t just delay driving; in many cases they reduce it permanently, since history shows that, if drivers haven’t gotten licensed by the time they’re twenty, they’re unlikely ever to do so. Anything that slows down the process of licensing between the ages of sixteen and twenty, or raises its costs, can have a very long tail of consequences. This one sure does; a study from the AAA Foundation for Trafﬁc Safety revealed that only 44 percent of teenagers obtain a driver’s license within a year of becoming eligible for one. According to the Federal Highway Administration, only 46.3 percent have a license by the time they turn nineteen. In 1998, the number was 64.4 percent.

An even bigger reason for the decline in VMT among Millennials isn’t economic, or even statutory. It’s digital.

The Internet, and the spectrum of technologies that have been developed to exploit it commercially, has changed everything from the way we buy groceries to the way we ﬁnd romantic partners. It is no big surprise, then, to ﬁnd that it’s changed the way we get from place to place, too.

One way it’s changed our mobility patterns—and by “our” I mean anyone who has ever bought anything from Amazon, eBay, or WalMart.com—is by changing the way we shop. By the time you read these words, online shopping will account for at least 9 percent of all retail sales in the United States: more than $300 billion in 2014, up from “only” $134 billion in 2007. Not only are 190 million Americans hitting “buy” buttons on a regular basis, but they’re spending more and more every year, for an average of more than $1,700 annually.

That huge diversion of consumer buying dollars from in-store to in-home has implications for the average American’s VMT, but their magnitude is a little unclear. One of the best studies estimates that every one hundred minutes spent shopping from home is associated with ﬁve fewer minutes in shopping travel time and a one-mile reduction in distance traveled. Every six hours spent shopping online substitutes for one entire shopping trip.

However, while the growth of online shopping is clearly reducing shopping travel overall, it’s not so obvious that Millennials are more affected by the phenomenon than their Baby Boomer and Gen X parents. The real impact of the Internet on Millennial transportation choices is someplace else.

One of those “someplace else” possibilities is that the digital revolution affects travel for socializing as much or more than it does shopping for travel. A 2011 survey by KRC Research asked different age groups whether they “sometimes choose to spend time with friends [via social media] instead of driving to see them.” Only 18 percent of Baby Boomers answered “yes.” Millennials? Fifty-four percent. The number one transportation trend identiﬁed by Millennials in a 2014 survey was “socializing while traveling.”

So the big impact of the Internet might not be that it makes driving less essential, but that it makes other transportation options, particularly transit, more appealing. Millions of people of all ages have grown to rely on 24/7 access to the Internet, whether they’re looking up a movie on IMDB while simultaneously watching it, or following a baseball game in real time on ESPN, or obsessively checking for Facebook updates, e-mails, and texts. But no one depends on that kind of access more than Millennials, or is more likely to feel unsettled when they can’t have it. You can text on the bus or the train, but—hopefully—not while driving. Even better, you can do nearly everything on a hands-free transit option that you can do at home, including checking out the transit options themselves.

That’s because the characteristic that really distinguishes public transit from the automobile is that transit delivers service according to regular schedules. One thing the Internet does unambiguously well is to make information that used to be expensive and scarce now cheap and abundant. You don’t have to spend ten years learning the commuting ropes to know whether the train or bus you’re on is an express or a local, or even when it’s going to show up. You just need a smartphone. Smartphones are also all that’s needed to take advantage of other revolutionary new transportation options: ride-sharing services like Via, car-sharing like Zipcar, and— especially—dispatchable taxi services like Uber and Lyft.

These and other cool new businesses didn’t create Millennial distaste for driving. But they did exploit it.