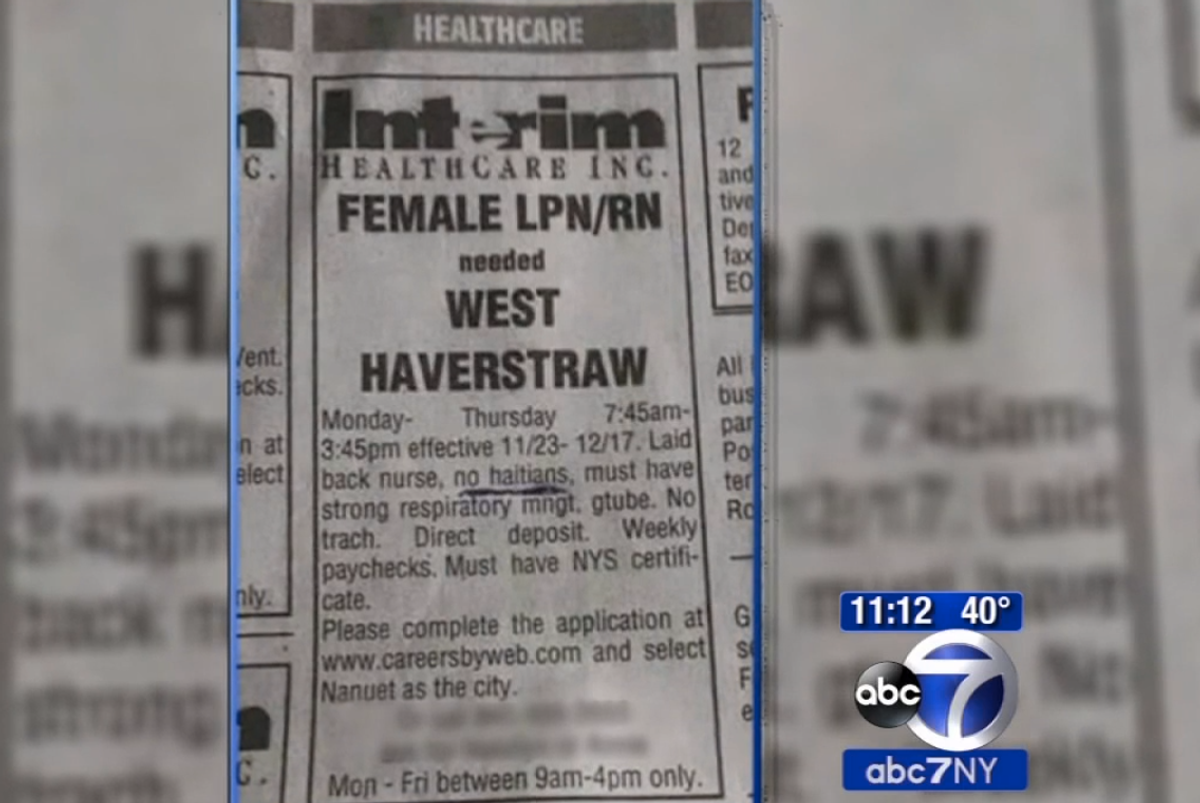 No what? An outrageous help-wanted ad in a New York newspaper has sparked a torrent of outrage.

The ad in the New City (N.Y.) Pennysaver, filled with spelling errors, seeks a "Laid back nurse, no haitians, must have strong respiratory mngt" for in-home nursing positions in West Haverstraw, Rockland County.

After the ad sparked a torrent of public outrage on social media, New York State Sen. David Carlucci posted on Twitter that he would call an investigation into the ad by the state Department of Labor and the federal Equal Opportunity Employment Commission.

According to The Journal News, which covers Westchester and Rockland counties of suburban New York City, Senator Carlucci -- who represents a district that includes one of the largest Haitian populations in the country - also strongly stated:

“This is outrageous discrimination in its purest form. It is a direct violation of the Civil Rights act and is completely illegal!...This company should be ashamed of itself, and Pennysaver should strongly reconsider running any job postings from Interim HealthCare in future publications.”

In addition, a Change.org petition was started Sunday, demanding an apology from the health care company to the Haitian community and to the state of New York.