Amy Schumer accused of joke theft, and comics rally to her defense: "The comedians know who the joke thieves are"

Did Schumer rip off this bit from beloved late comic Patrice O'Neal? 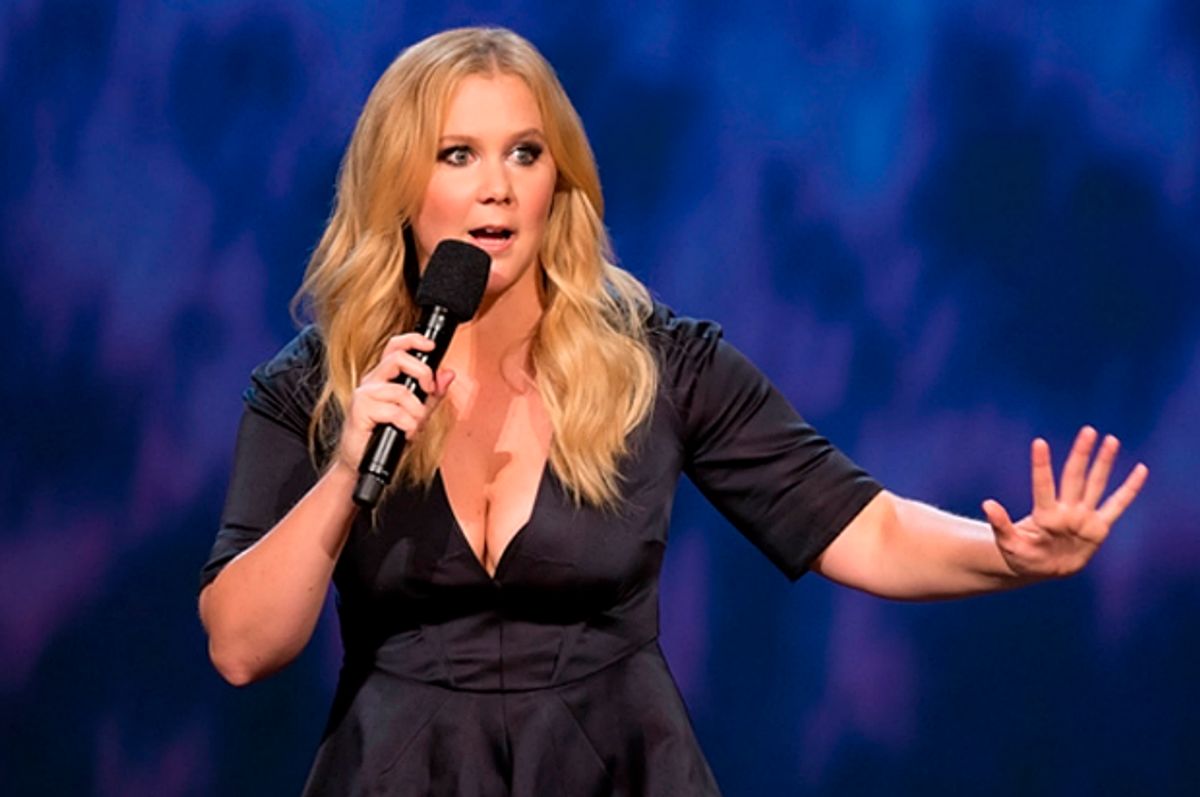 Recently, a number of folks online have been calling out Amy Schumer for “stealing” a series of jokes told by the late Patrice O’Neal, a beloved comic's comic who passed away of a stroke in 2011.

Joke thievery can be catastrophic for a comic’s reputation and standing in the industry — what’s good, Dane Cook?! —so these are serious charges, particularly given Schumer’s popularity and cultural cachet. Then again, there’s a line between stealing a joke and two comics drawing material from a a similar comedic premise, which seems to be the more likely scenario at work here. Let’s examine.

As ComedyHype points out, during O’Neal’s iconic Nasty Show set back in 2006/07, he did a bit where he described a bunch of absurd sexual positions with ridiculous names (the Gorilla Master, the Darth Vader, the Poltergist). Schumer does a very similar bit at the end of her recent HBO special, but Schumer pushes the gags further to draw different conclusions in her punchlines, going beyond the simple definitions. Here’s the two sets juxtaposed back-to-back (warning: very NSFW!)

Yet a number of prominent comedians and friends of O'Neal were quick to rush to Schumer’s defense, pointing out that these ridiculously-titled sex acts are a popular cultural phenomenon in themselves (just read Urban Dictionary or ask your nearest frat bro). Both comics took that premise -- sort of low-hanging fruit, in my opinion -- and retold it in their own styles, adding their own punchlines.

As Jim Norton, an old friend of O'Neal's, wrote in his defense of Schumer:

"Even comedic geniuses like Patrice would do silly things sometimes onstage. Those terms have been in the Urban Dictionary for years, Patrice did not come up with them (I'm not saying he didn't change any of them to make them original, but they have been around for as long as I can remember). To think that Amy would watch Patrice do something onstage and then decide to close with it on her HBO special is simply ludicrous. People doing similar bits has been happening in comedy for as long as people have been telling jokes. The comedians know who the joke thieves are. We understand the difference between two people doing a similar bit and one person seeing the bit and stealing it."

Colin Quinn, a friend of both Schumer and O'Neal, also weighed in:

This is from comic Dante Nero, who sometimes opened for O'Neal:

And from Von Decarlo, O'Neal's fiancee when he passed away:

Schumer, for her part, responded to critics by saying that she had not seen O'Neal's special but planned to watch it, and that she loved and missed O'Neal, who she has worked with closely in the past.

What do you guys think?