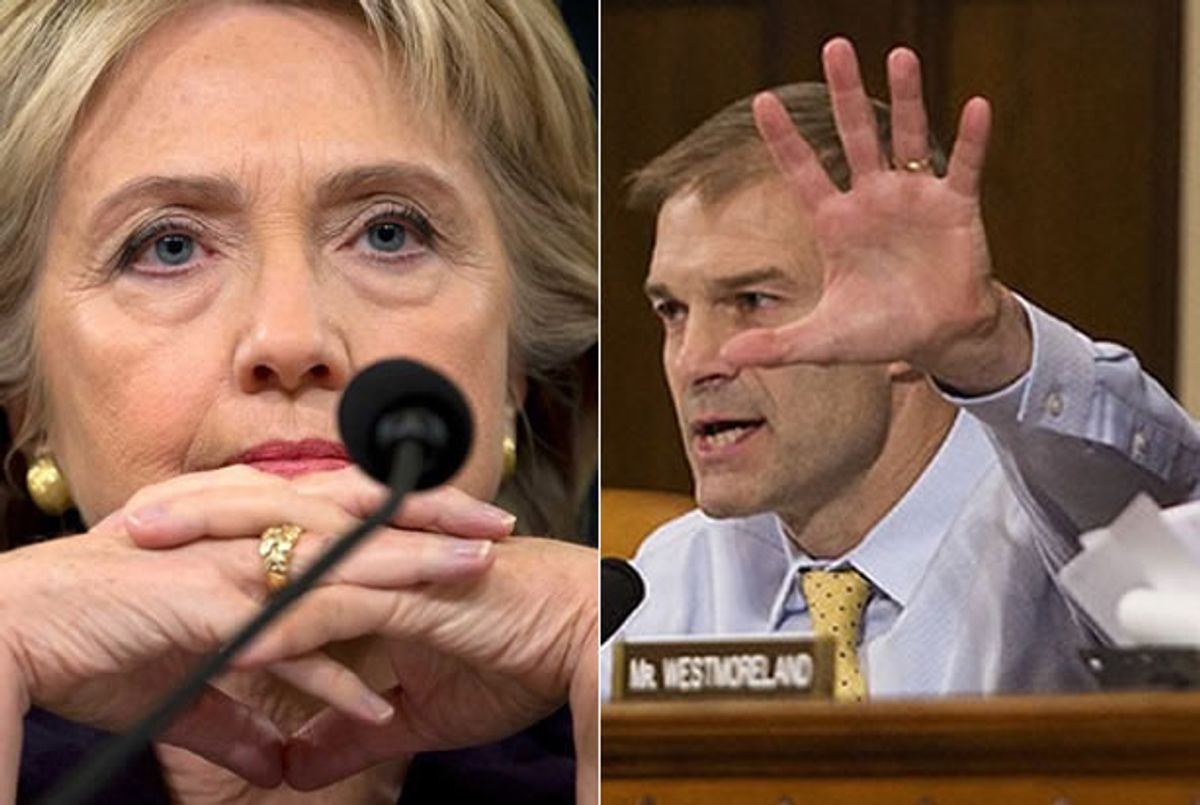 Fox News is reeling from former Secretary of State Hillary Clinton's masterful performance before the House Benghazi Committee Thursday, trying -- and failing -- to find an angle or a narrative that doesn't involve the utter debasement of the partisan GOP attack on the Democratic front-runner.

On "Fox & Friends" this morning, Ohio Representative Jim Jordan chose to continue yesterday's line of attack by insisting -- contra chair Trey Gowdy's admission that no new information was learned during Clinton's testimony -- that his slides of her emails prove that she "knew on the day of the attack that it was a terrorist attack, yet she told the American people something else," which to his mind is new information.

"When your government officials aren't being square with you," he told Kimberly Guilfoyle, "that's not something we should have to tolerate."

Clinton was "telling the truth" about the attacks in private conversations, but not to the American people -- a very important distinction, because to his mind, a world in which sitting Secretaries of State aren't unfailingly forthright with the public actually exists.

In case the "lack of total candor" argument fails to convince Fox's audience of Clinton's malfeasance, Jordan also complained to Guilfoyle that she and her staff "were talking politics before the attack was even over."

"Yesterday we had, I think, some pretty compelling evidence that highlighted that fact," he said, floating another balloon the GOP should know better than to think is going to find itself a favorable crosswind.

Watch Representative Jordon on "Fox & Friends" below via YouTube.