In a booming voice, the top Dem on the Benghazi panel let the GOP hoaxsters have it -- and stole the show 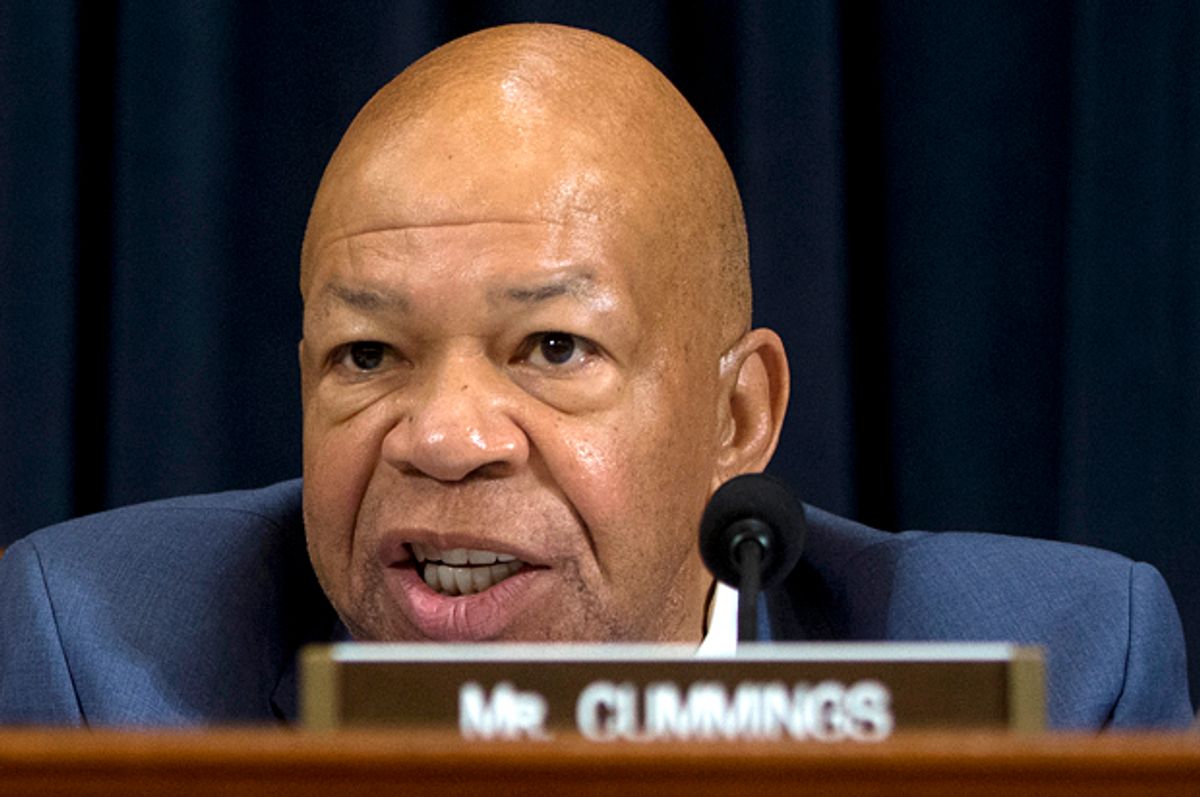 Democrats on the House Select Committee on Benghazi have long debated whether their continued participation in the political charade is a needed defense against Republican overreach or if it misguidedly legitimizes the farce. Well, if the performance of Maryland Democrat Elijah Cummings is any indication, a booming voice for the truth was surely a welcome reprieve for Hillary Clinton during Thursday's 11-hour disgrace.

“Truth, the whole truth and nothing but the truth," Cummings, the ranking member of the committee, began after taking the microphone from Chairman Trey Gowd (R-SC) who repeated the word “truth” at least 21 times during his opening statement. Cummings would go on to use nearly every moment he was allotted during the over day-long grilling of former secretary of state Hillary Clinton on Thursday to demolish what he called the Republicans “abusive effort” to “derail Secretary Clinton’s presidential campaign.”

In his opening statement, Cummings blasted Republicans for selectively leaking testimony to the press and "squandering millions of taxpayer dollars," calling for "Republicans to end this taxpayer-funded fishing expedition.”

“Here is the bottom-line,” Cummings asserted, “the Select Committee has spent 17 months and $4.7 million in taxpayer funds.”

Cummings then directly challenged Gowdy's "inaccurate statements" and called him to release the entire transcript of Clinton confidante Sidney Blumenthal's entire testimony before the committee. For hours, Republicans on the committee obsessed over the email correspondence between Clinton an Blumenthal but Gowdy has refused to enter his testimony into the public record. “Why don’t we just put the entire transcript out there and let the world see it?” Cummings pushed. “What do you have to hide?”

At another point, Cummings slammed Gowdy for telling his fellow House Republicans to shut-up after their honest admissions of the political motives of the committee made healdlines in the lead up to Thursday's much anticipated showdown.

"Last weekend, the Chairman told his Republican colleagues to 'shut up' and stop talking about the Select Committee," Cummings said, his voice booming beyond the microphone amplification. "What I want to know is this—why tell Republicans to shut up when they are telling the truth, but not when they are attacking Secretary Clinton with reckless accusations that are demonstrably false?"

By the end, Cummings had delivered a full-throated defense of Hillary Clinton’s honor and apologized for a day's worth of tasteless insinuations from his Republican colleagues who suggested that Clinton did not care enough to save her friend, Ambassador Chris Stevens.

“I don’t know what we want from you,” Cummings said, throwing up his hands in frustration. “Do we want to badger you over and over again until you do get so tired so we get the gotcha moment?”

“We are so much better! We’re better than using taxpayer dollars to try to destroy a campaign! That’s not what America is all about!”

Calling out the Republicans for their Hillary Clinton "gotcha" attempts: