Katy Perry's feuding with nuns!: The real "Bad Blood" in this beef has nothing to do with her "sinful" songs

Like most struggles in the Catholic Church, this fight over a real estate deal is really about money and power 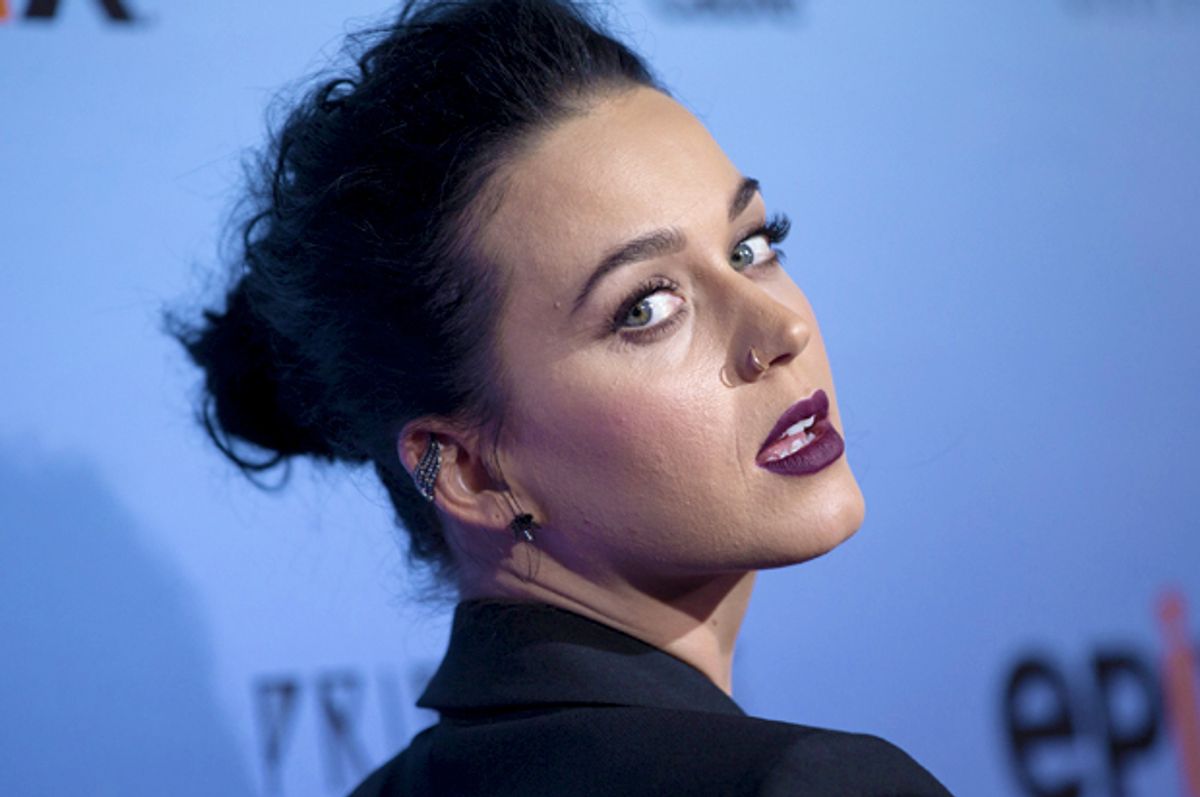 If you’ve been following, out of the corner of your eye, the fight between pop star Katy Perry and a group of nuns for the takeover of a lavish property in the Los Feliz section of Los Angeles, you probably think this is a story about Catholic piety vs. worldly sin. That is, these elderly sisters don’t want to sell to the singer behind “I Kissed a Girl” because she is lusty and profane. That’s part of it, but seems like it's not really the issue. The closer look that a long Billboard feature offers makes a couple of other things clear: First, this deal may be a disturbing remnant of the pedophile priest scandal the Church is hoping people will forget.

Second, this is really about a fight between an order of sisters and the larger Catholic hierarchy. If Perry were not involved, no one outside those involved would be paying attention. She’s pretty secondary to the whole thing — but that's not stopping the parties involved from leveraging her celebrity when it suits them.

Here are the basics: An eight-acre compound -- for four decades the hillside home of the California Institute of the Sisters of the Most Holy and Immaculate Heart of the Blessed Virgin Mary -- was taken over in 2011 by the Los Angeles Archdiocese. It’s not a convent any more and the city’s archbishop is now trying to sell to Perry, who will put down $10 million in cash.

“Katy Perry represents everything we don’t believe in,” Sister Catherine Rose Holzman told Billboard. “It would be a sin to sell to her.” One of the nuns found a video in which Perry announced that, “I sold my soul to the devil,” and despite her conciliatory meeting with the nuns – she even sang a gospel song! – they remain unpersuaded.

Equally disturbing to some of the nuns, surely, is that they will see none of the proceeds of the $14.5 million sale. They control the deed, and want to sell to a local restaurant owner.

But it gets more complicated than that, and serves as a reminder of just how morally compromised the Church is even without dealing with Perry.

This part of the story is particularly stomach-turning:

Unbeknownst to the sisters, the archdiocese was also using the premises at its discretion. Archbishop Mahony, later at the center of the Los Angeles-area church sex-abuse scandal, quietly began sheltering priests accused of molestation on the grounds. One was the Rev. Richard Allen Henry, who was first taken into police custody at the Waverly Drive property in 1991 and later sentenced to eight years in state prison for counts related to abusing four boys.

He wasn’t the only one, by the way. And the money from the convent sale, one nun speculates, would go toward the $660 million settlement with alleged victims of clergy abuse — not to supporting the sisters in their old age or their causes.

Making this more complicated is that nobody can quite tell definitively who owns the compound and who has control over the sale. If it’s the archdiocese, it goes to Perry; if it’s the nuns, it probably will be sold to the restaurateur, Dana Hollister. “It’s interesting she has all this girl power and she’s running over a woman and five nuns,” Hollister said. “We are going to Rome. We are not quitting now. We are just getting warmed up.”

How this works out is hard to see, but so far there has been a lot of bad blood, a war of words, a scuffle with the police, and a restraining order.

It’s impossible to know for sure, but it seems to have less to do with Perry’s supposed immorality and more to do with the nuns being (justifiably, it sounds like) pissed off at the way they’ve been treated by the Church they’re devoted their lives to serving.

The nuns say that during the last two decades, their treatment by the archdiocese has devolved into a troubling pattern of neglect and broken promises… the nuns were upset the church was planning a deal behind their backs. Two days after that September 2014 meeting, in a letter to the archbishop, Sister Jean-Marie Dunne, 89, wrote: “I want you to know I believe no respect for the sisters’ intelligence was shown and that there was a dreadful lack of honesty.”

Using Hollister to call out Perry's "girl power" is more of a coded jab at how the church treats its women religious than at Perry herself. There’s actually a third lesson to the story: Don’t mess with nuns. But you already knew that.