The cult of Duggar worship must be stopped: There's nothing glamorous about the family's ongoing hypocrisy 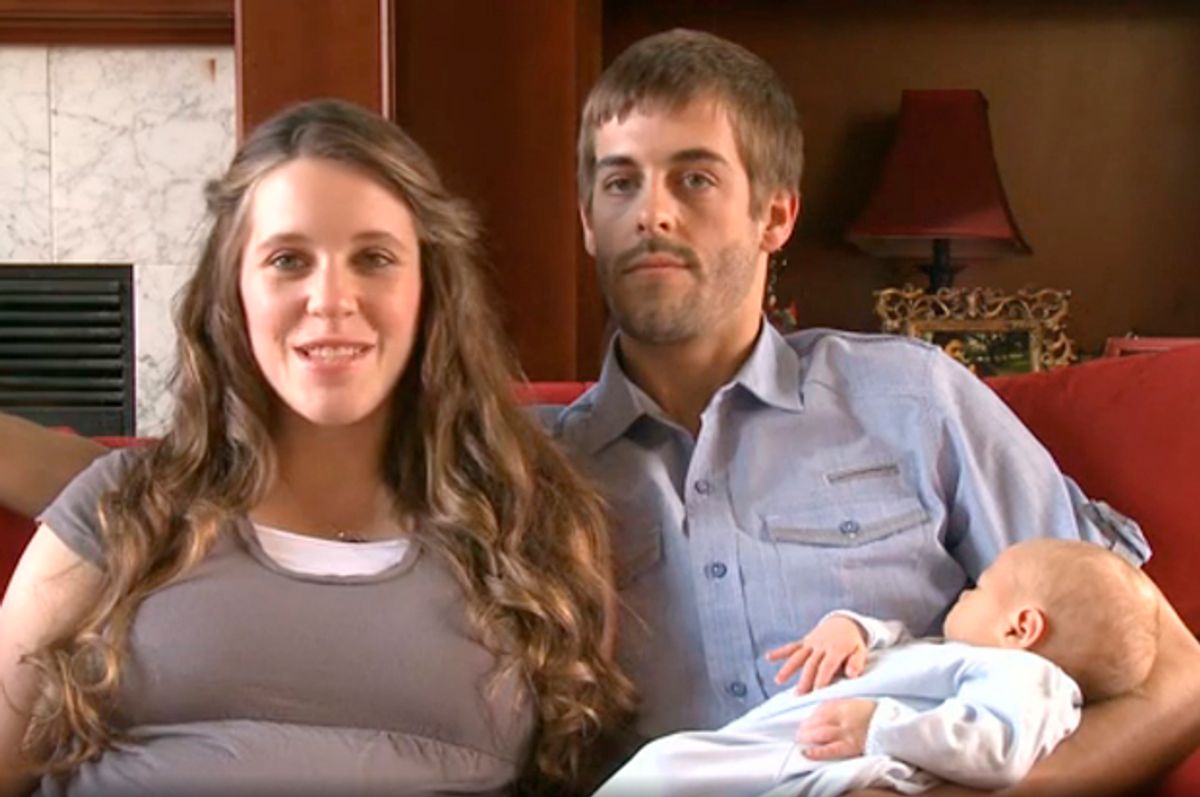 On Thursday, the Washington Post reported that five women have sued the Institute in Basic Life Principles, "charging that the organization and its board of directors enabled and covered up sexual abuse and harassment of interns, employees, and other participants in its programs." The women are seeking $50,000 each in damages, claiming "the organization and its board acted negligently, with willful and wanton disregard for them, and engaged in a civil conspiracy to conceal the wrongdoing."

The Institute, founded by Bill Gothard in the sixties and popular with the Christian homeschooling movement, may be familiar to "19 Kids and Counting" fans. Earlier this year, the news broke that while a teenager, eldest son Josh Duggar had reportedly molested five underage girls — including four of his own sisters. In an interview with Megyn Kelly in June, parents Michelle and Jim Bob explained that they had sent Josh for "Christian-based" counseling when they became aware of his actions. As an investigation by Talking Points Memo's Sarah Posner last month revealed, "Although none of the Duggars has ever publicly identified it as such, the facility where Josh was sent in Little Rock is owned and operated by the Institute in Basic Life Principles…. By keeping Josh’s confession — and punishment — in a small, closed circle, the Duggars were acting in accordance with the teachings of IBLP’s founder, Bill Gothard, and the Advanced Training Institute, IBLP’s exclusive homeschooling program."

And Gothard himself told the Chicago Tribune in September that the Duggars "certainly cannot be faulted in what they tried to do to correct the problem. The problem was corrected.… The fact that he became an outstanding young man would indicate that kind of success."

But Gothard may have a wonky definition of success. Last year, he resigned from the Institute following allegations of sexual harassment and failure to report charges of sexual abuse. Recovering Grace, an online community of former members of IBLP and ATI, calls Gothard's empire a "cult," and has collected numerous accounts from women who say they experienced "emotional and sexual harassment while working for Bill Gothard at the IBLP."

Yet the Duggars still seem supportive of the organization. In August, Michelle, Jana, and Jinger were the guest speakers at an IBLP "Mother/Daughter Conference for young ladies aged 12–17 and their moms" in Indianapolis. A conference "to motivate young ladies and their moms to choose to seek God first." This conference is presented by an organization that is currently being sued over allegations that despite "frequent reports" of "sexual abuse, sexual harassment and inappropriate/unauthorized touching," its employees and directors failed to bring "these serious, potentially criminal allegations to law enforcement authorities or the Illinois Department of Children & Family Services."

Yet meanwhile, those Duggar girls live the charmed life of reality celebrities. TLC is readying to roll out two more specials about the sisters Jill and Jessa. Entertainment sites gleefully report on Jessa's baby bump and her "forthcoming little bundle of joy." and coo over her baby shower and how "glam and gorgeous" she's looking. There are no other words for that but OH HELL NO.

We'll see how the lawsuit shakes out, and until there's a ruling it's important to remember the difference between accusation and evidence. But it's not too early to have an opinion about whether or not IBLP is peddling some deeply screwed up ideology, or to note that the Duggar family is still standing behind that. So when TLC continues to give this family a platform, when the Duggar sisters are being glorified as TV stars, that is sending the message that what this family stands for is okay. It's not. And there's nothing glam or gorgeous about any of this.