It's not just Donald Trump: Latino voters are down on Jeb Bush and Marco Rubio, too

Even the GOP's "outreach" candidates are underwater with Latinos 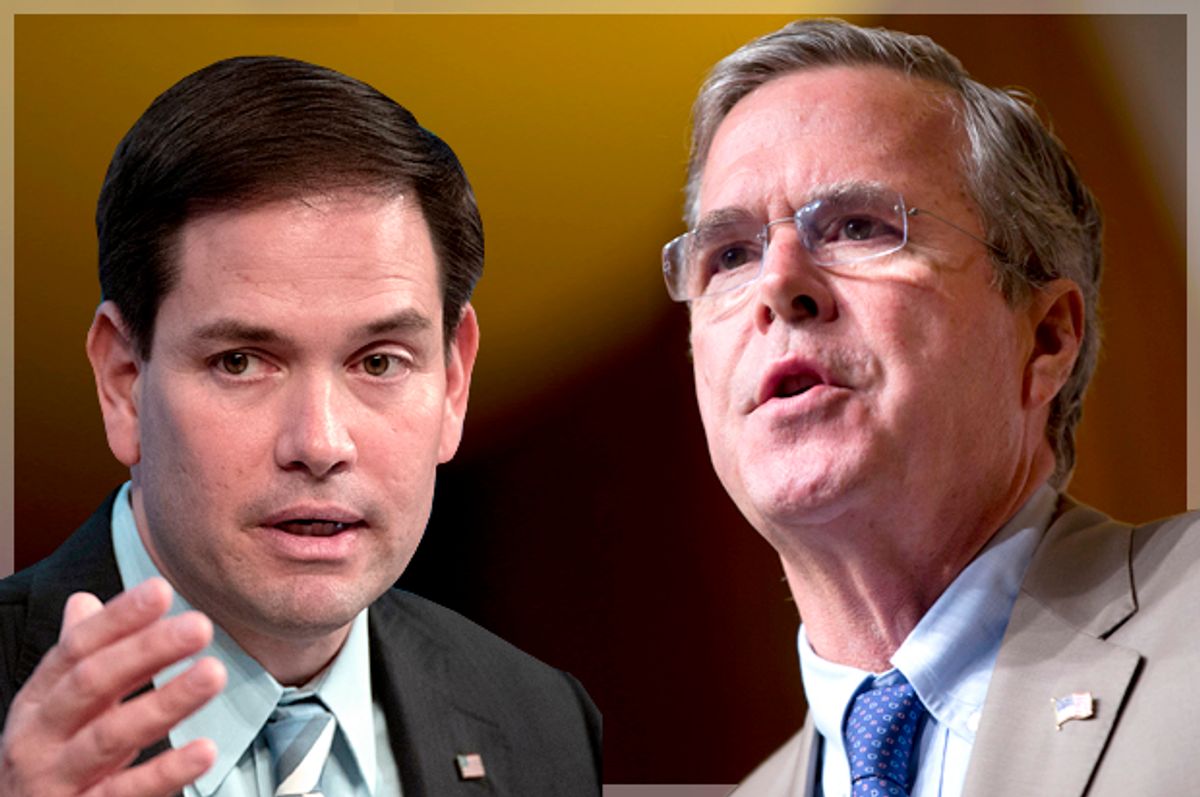 After kicking-off his presidential campaign with a promise to do away with Mexican "criminals" and "rapists," it comes as a surprise to very few people that Donald Trump is not particularly popular with Hispanics voters, but the extremely poor showing of the most diverse Republican field in history with Hispanic voters should definitely startle at least some sober-minded Republicans.

According to a new AP-GfK poll, the entire Republican party's feeble rebrand effort following the 2012 election was a complete dud.

Trump, the Republican frontrunner, is viewed unfavorably by 72 percent of Hispanics. Despite his continued insistence that he "will win with Hispanics," only 11 percent currently view him favorably.

But Hispanic voters aren't just down on Trump. The sons of Hispanic immigrants, Marco Rubio and Ted Cruz, have failed to make any major inroads with Latino voters this cycle and Jeb Bush's familial Hispanic connections and fluency in Spanish have done little to endear him to the crucial voting bloc. From the Associated Press:

Bush, who speaks fluent Spanish and married a Mexican-born woman, is viewed most favorably by Hispanics, with 26 percent giving the former Florida governor a positive rating. Rubio, a Florida senator and Cuban-American, comes in second, with 23 percent viewing him favorably.

Still, both Bush and Rubio are viewed unfavorably by more than one-third of Hispanics polled.

Of course, according to an analysis from the political opinion research, Latino Decisions, under the best case scenario for a GOP presidential nomineee -- with black voters supporting the Democrat at pre-Obama levels and 60 percent of white voters backing the GOP nominee (a first since 1988) -- the Republican presidential nominee would still need at least 42 percent of the Latino vote to win the White House in 2016.