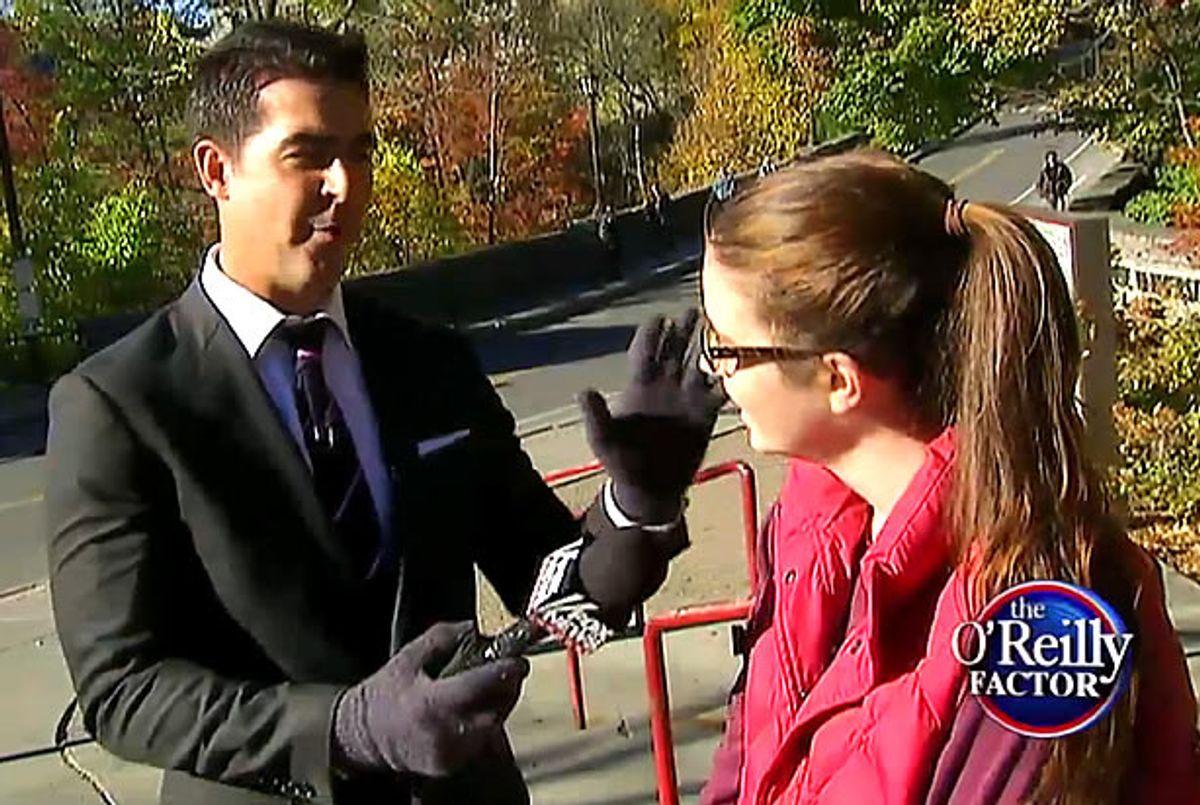 On "The O'Reilly Factor" Monday evening, host Bill O'Reilly indulged his vile correspondent's desire to go to a university and mock -- and hit on -- undergraduates.

The ostensible reasoning behind the segment is that the vast majority -- 96 percent -- of faculty political donations from professors at Cornell University have gone to Democrats since President Barack Obama was last elected, which clearly signals that they are indoctrinating students into the Church of Noam Chomsky and Latter Day Zinns. "That doesn't seem real diverse to me," O'Reilly complained, apparently unaware that the professors' were simply exercising their money's right to free speech.

In the segment, O'Reilly and Watters express quite a bit of outrage that they are eventually barred from harassing students by Cornell's media relations department, because that's not their job or anything.

Fortunately, the students Watters interviews not only outwit him, but he's so incapable of seeing that they've done so that he victoriously includes their mockery of him in the segment, as when one student informs him that "fortunately, I'm indoctrinated, so I know nothing."

Watters later asked that student if he could buy her a "Make America Great" hat, and she replied, "you can't buy me anything."

"OK, this got weird," she replied, walking away from the old man with a plastic smile as he ejected laughter through the warm hole in his face.

As the segment ended, Watters and O'Reilly complained that "they basically didn't want [Watters] there," and that "the real reason they didn't want you on campus was because you have mittens" -- and not because he was using his camera crew to hit on women.