Let's factcheck the Republican debate: Whoppers on family leave and the middle class 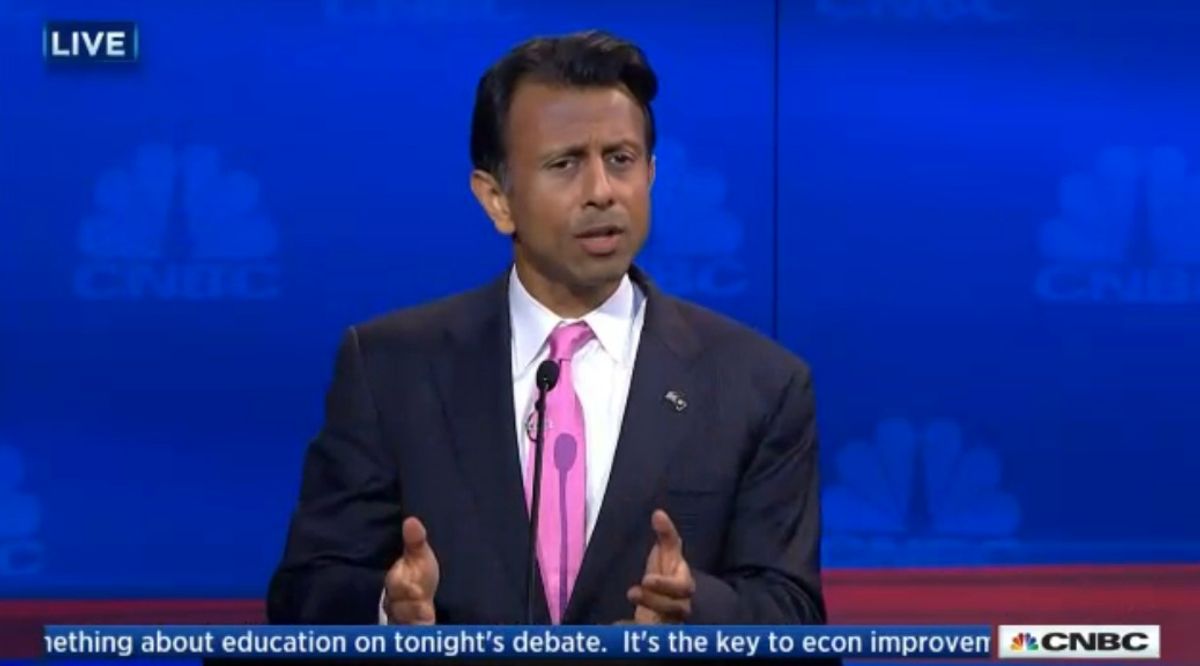 The 6 p.m. Republican debate on CNBC might be the undercard debate, but that doesn't mean it's not stuffed as full of falsehoods as the 8 p.m. debate will be. Early in the debate, Bobby Jindal and Lindsay Graham both let loose with some whoppers designed to make them look sympathetic to middle class concerns, but, upon closer examination, suggest they have the opposite inclination.

Paul Ryan's demand that he retain his family time in order to become House Speaker was brought up, leading to a question posed to Jindal about whether or not he agrees that workers should have family leave. Obviously, telling people they need to work themselves to death for their boss's benefit while their lives pass them by isn't great politics, but the solution, for Congress to pass a bill guaranteeing paid family leave to workers, goes against the "small government" hoo-ha that Republicans have been using as an excuse to slash benefits for decades.

"Do I want people to have paid leave?" Jindal said.  "Do I want them to have better benefits? Sure. The government can't wave a magic wand and make that happen."

Can the government pass a bill into a law mandating that employers offer paid family leave? The answer to that question is a big, fat yes. In fact, it's so easy for a country to pass a law requiring paid maternity leave that literally only three countries in the world have not done so: Papua New Guinea, Oman, and the United States. Despite this, somehow the rest of the world economy has not collapsed, suggesting that letting people stay home on occasion will not actually wreck the economy.

Lindsay Graham tried to deflect a question about corporate tax rates by saying, "my goal is to help the middle class, somebody who makes too much to be on government assistance but still lives paycheck to paycheck."

Not only do middle class families get a large chunk of the government's spending on social services, the largest chunk of entitlement spending flows to the middle class. Middle class households receive 58 percent of entitlement funds. This is because the bulk of social spending is not, no matter what conservative media might tell you, on welfare for single moms and Obamaphones (which are not funded by taxpayers), but on things like Social Security, health care, and the EITC. If you expand the definition of government assistance to include things like mortgage interest deductions---which you should, as the bottom line is the same as if the government had cut a check---then the share of government benefits poor people get goes down even further.

Plans to slash government benefits are often positioned as attempts to help the middle class, but it's clear when you look at actual spending patterns that the middle class would take a huge hit if things like Medicare and Social Security dried up.