The buzz(kill) about caffeine: What's really in that can of Coke

Harmless in small amounts, the stimulant can fuel some dangerous cravings. Here's what we know -- and what we don't 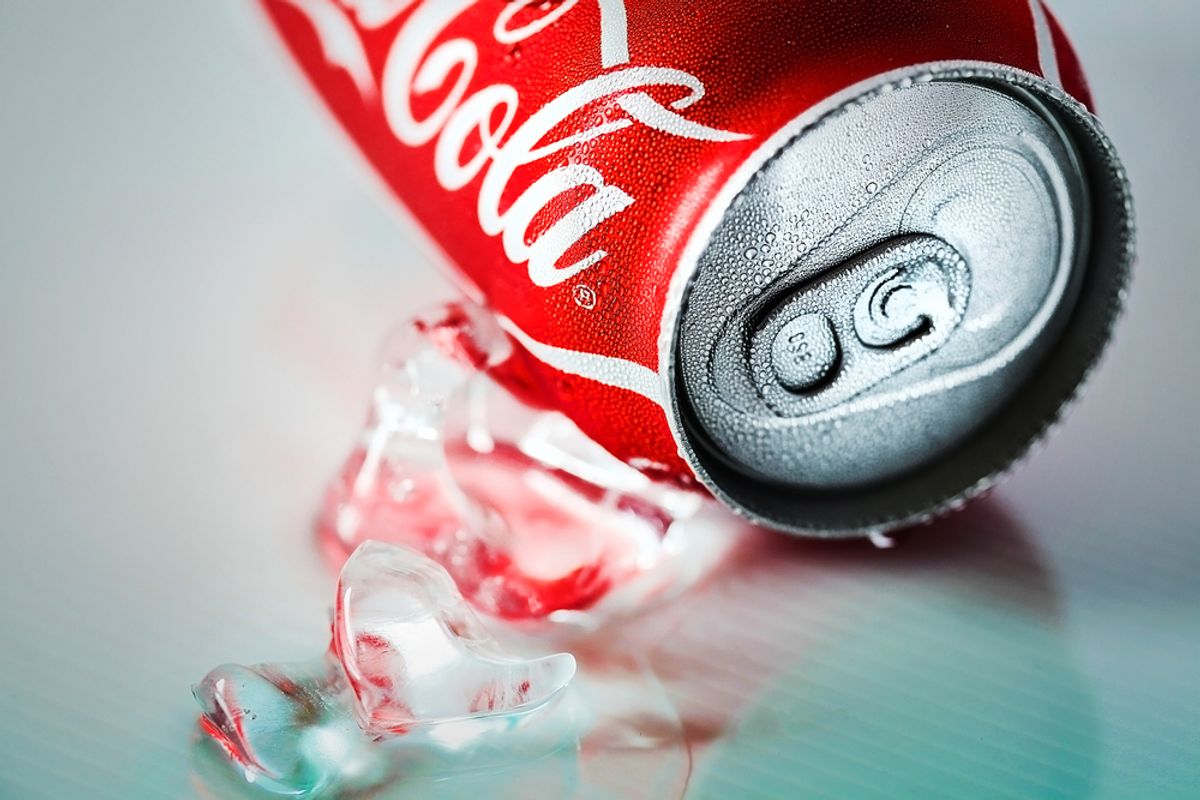 This piece originally appeared on revealnews.org.

There’s a slow but growing movement in the United States to ban the sale of caffeine – or certain kinds of it, at least.

In June, the Ohio Legislature passed a bill banning the retail sales of pure powdered caffeine. This comes on the heels of six U.S. senators urging the Food and Drug Administration to do the same.

These actions mystify some people because caffeine is often viewed as the beloved, mostly benign stimulant that gets us through the day. But it’s much more than that. It’s the essential ingredient in beverages worth more than $120 billion annually in the U.S. It’s a barometer of dietary trends and a mildly addictive food additive. It’s a neuroenhancer and a performance-enhancing drug. And it’s a regulatory mess.

Many Americans start their day with a cup of coffee … or two or three. And with the recent boom in gourmet coffee, from Starbucks and others, it seems like we’re drinking more coffee than ever. But we actually drink far less coffee than our grandparents did. U.S. coffee consumption peaked around 1950, then declined dramatically. Coffee was displaced, largely, by soft drinks. As coffee consumption declined, soft drink consumption spiked. Now we spend about $77 billion on soft drinks annually, twice what we spend on coffee. And caffeine is a key ingredient in eight of the 10 best-selling soft drinks.

The United States imported nearly 17 million pounds of caffeine powder in 2014. Most of that is blended into soft drinks – 34 milligrams per can of Coke, for example. Although some of this caffeine is extracted from naturally caffeinated products such as coffee or tea, most of it is synthesized from chemical precursors such as urea, in pharmaceutical plants in China, India and Germany.

In soft drinks, caffeine plays the same role as nicotine in cigarettes. Both nicotine and caffeine are harmless in small quantities and may even have health benefits, but they reinforce our cravings for unhealthy amounts. Sugar-sweetened soft drinks contribute to two of the most significant health problems in America: obesity and diabetes. Yet you can still buy soft drinks with food stamps, and The Coca-Cola Co. and other bottlers have lobbied vigorously against efforts to change this.

The soft drink industry also has opposed increased federal regulation of the caffeine blended into sodas and energy drinks. As it stands now, caffeine’s regulatory regime is a jumble. Sell caffeine in its pure form, as a powder, or in an energy shot, and the FDA considers it a dietary supplement.

Blend it into Coke or a Monster Energy drink, and it’s regulated as a food additive. Press it into NoDoz or Anacin tablets, and it’s an over-the-counter drug. And when it’s marketed as a migraine medication like Cafergot, the FDA regulates it as a prescription drug.

Consumer groups have been calling for better oversight of the many new caffeinated products on the market. Energy drinks, which are not required to display the amount of caffeine they contain, prompted more than 20,000 U.S. emergency room visits in 2011, double the number in 2007. And pure caffeine powder – which is virtually unregulated and powerful enough that a tablespoon is fatal for an adult – caused the accidental overdose deaths of two young men in 2014.

Researchers constantly are learning more about how caffeine affects us. In many cases, it has significant benefits. Modest doses of caffeine improve vigilance and cognitive performance and decrease fatigue. Caffeine boosts athletic performance significantly and alleviates headaches. A 2015 study showed it is even associated with lower incidence of erectile dysfunction.

Although it is one of the best-studied compounds in the world, we still have much more to learn about caffeine, including the reasons it affects people so differently – making some people anxious and jittery, and others so happy and energetic that they feel as though they can’t function without it.