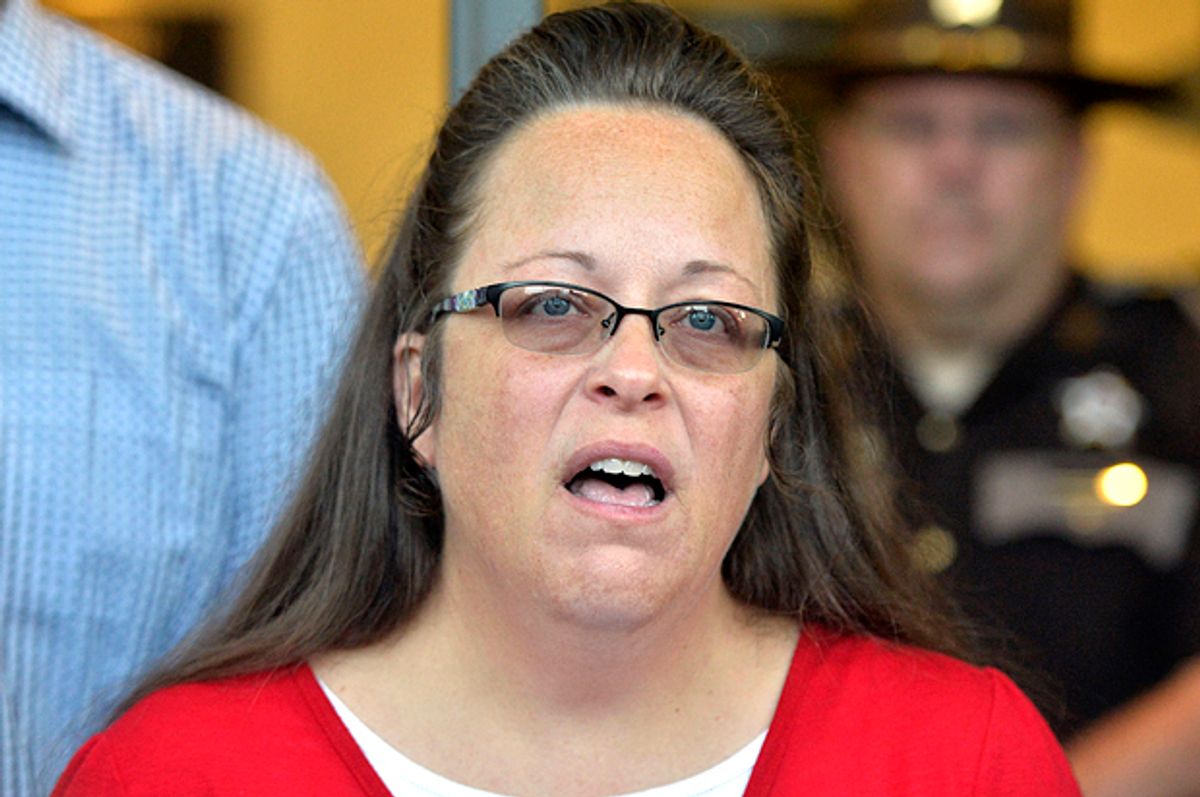 For the first time in history, more Americans side with same-sex couples looking to receive their government issued marriage licenses over the religious objections of government officials refusing to to issue them, according to a new poll.

Kentucky county clerk Kim Davis sparked international outrage when she ignored a Supreme Court ruling and refused to issue marriage licenses to same-sex couples, citing her Christian faith and riding a wave of religious support to a brief stint in jail last month.

But according to a new AP-GfK, a majority of Americans disagreed with Davis' discriminatory stand. 56 percent of Americans think government employees must always issue the same-sex marriage licenses no matter their religious beliefs.

"If the government says you have to give out those marriage licenses, and you get paid to do it, you do it," 64-year-old Michigan retiree Linda Massey told the AP. Massey, who opposes same-sex marriage, said she thinks Davis "should be out of a job."

This new poll is a significant shift in American attitudes from just a few months earlier when the Supreme Court issued its landmark decision federally legalizing same-sex marriage. The AP explains that a majority of Americans no longer support a religious exemption for government employees, rejecting Davis' argument that her religious freedom was violated by having to do her job and issue same-sex marriage licenses:

That's a shift since an AP-GfK survey in July, when Americans were about evenly split. Then, 49 percent said officials with religious objections should be exempt from issuing marriage licenses to same-sex couples and 47 percent said they should be required to issue them.

Now, just 41 percent favor an exemption and 56 percent think they should be required to issue the licenses.

The number of Americans who say it is more important to protect religious liberties over the civil rights of LGBT Americans is also down since July, from 56 percent to 51 percent.