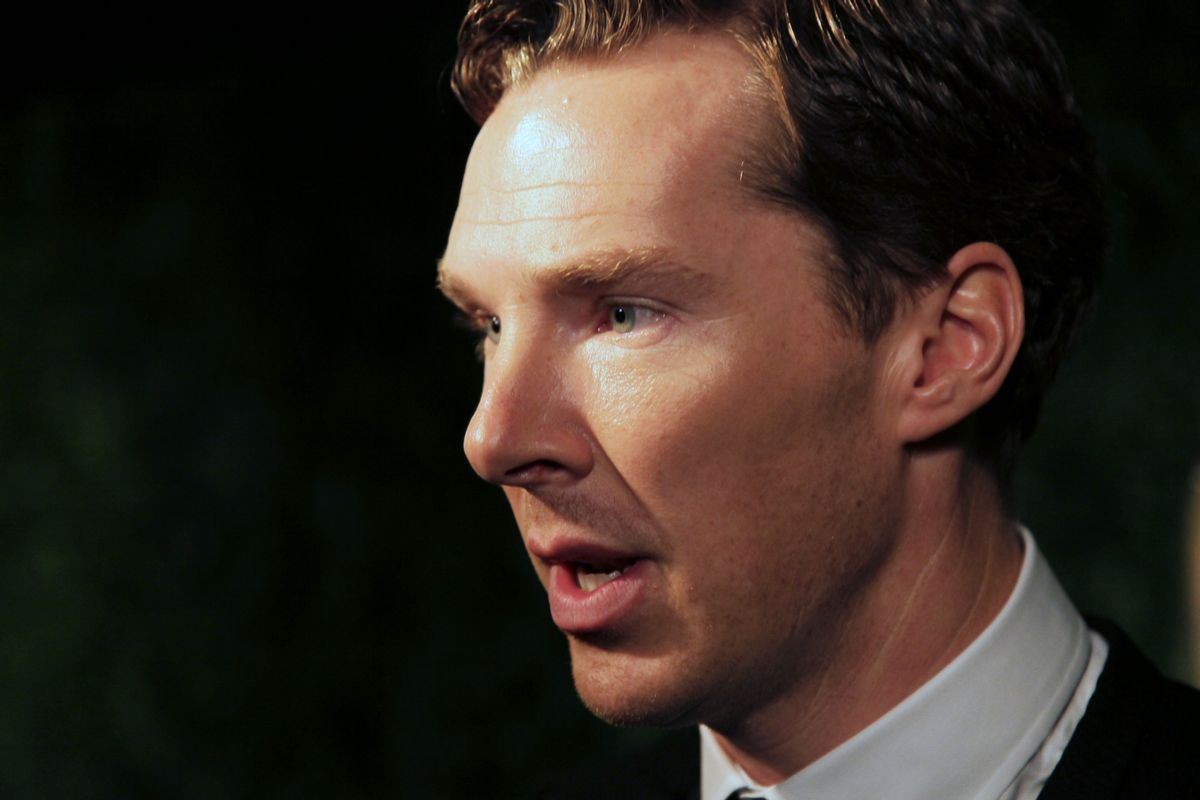 According to The Guardian, Benedict Cumberbatch has taken to giving  impassioned speeches about the European migrant crisis after his performances of “Hamlet” at London’s Barbican theater, and has raised more than £150,000 pounds in audience donations for Save The Children.

But his remarks got particularly heated on Tuesday night when, according to theatergoers, Cumberbatch said “fuck the politicians” while discussing the tepid government response to the refugee crisis.

According to an audience member who spoke to The Daily Mail, Cumberbatch began by reading a poem by Somali poet Warsan Shire called “Home,” which laments “no one puts children in a boat unless the water is safer than the land.”

"He then spoke about a friend who had come back from the Greek island of Lesbos a few months ago, where there were 5,000 people arriving a day, and how the [British] government was allowing just 20,000 refugees into the country over the next five years,” the audience member described. "Then, out of nowhere came this 'F--- the politicians' remark. It’s not quite what you’d expect when you go for an evening with the Bard, but it got a few cheers.”

While the British government has agreed to admit 20,000 Syrian refugees over the next five years, critics have argued that this is an inadequate response given that four million refugees have fled Syria so far. Cumberbatch has been outspoken on this issue, recording a video for Save The Children and speaking out about the crisis in press appearances.

"There is a huge crisis and not enough is being done," Cumberbatch told Sky News in a recent interview. "Yes, we need long-term solutions; yes, we need to get people out of the camps so they don't make a perilous journey. But to say 20,000 over five years when 5,000 arrive in one day? We've all got to wake up to this."