Gabbard says it is "crazy" and simplifies aid as giving someone a house and a skateboard which won't fix violence. 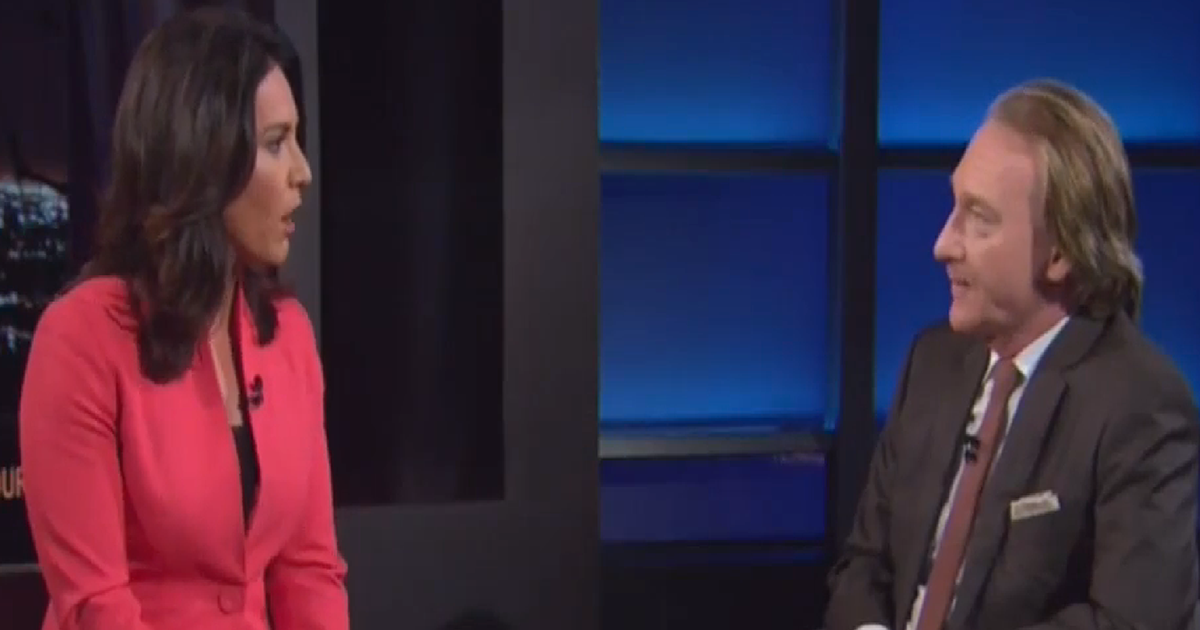 Bill Maher hates religion, but he really hates Islam. On Friday evening's "Real Time," the host spoke to Democratic Representative Tulsi Gabbard of Hawaii about their shared quest against Muslims.

Gabbard told Maher she believes it is "crazy" that Secretary of State John Kerry says that extremism comes from poverty -- and that President Obama won't say "Islamic extremism" instead using the words "violent extremism." She thinks it’s important to "identify our enemy so that we can defeat them." Secretary Kerry's comments are particularly absurd to her because she thinks that giving someone a house to live in and a skateboard isn't going to solve the problems of violence abroad.

Maher went on to attack liberals for what he says is a refusal to discuss the "barbaric" beliefs by some Islamic people in the west and Gabbard agreed. She thinks liberal philosophy "gets in the way" of being able to address it. Apparently, when Gabbard went to Iraq she was tasked to train the Kuwaiti army on counterterrorism, women weren't even allowed on the base.

Gabbard went on to say "words mean things" which is presumably why the liberals she is attacking refuse to paint an entire group of people as the same.