"It's like being on ecstasy": The orgasm no one talks about

The cervix rarely comes up in conversations about female orgasm. Here's why it should 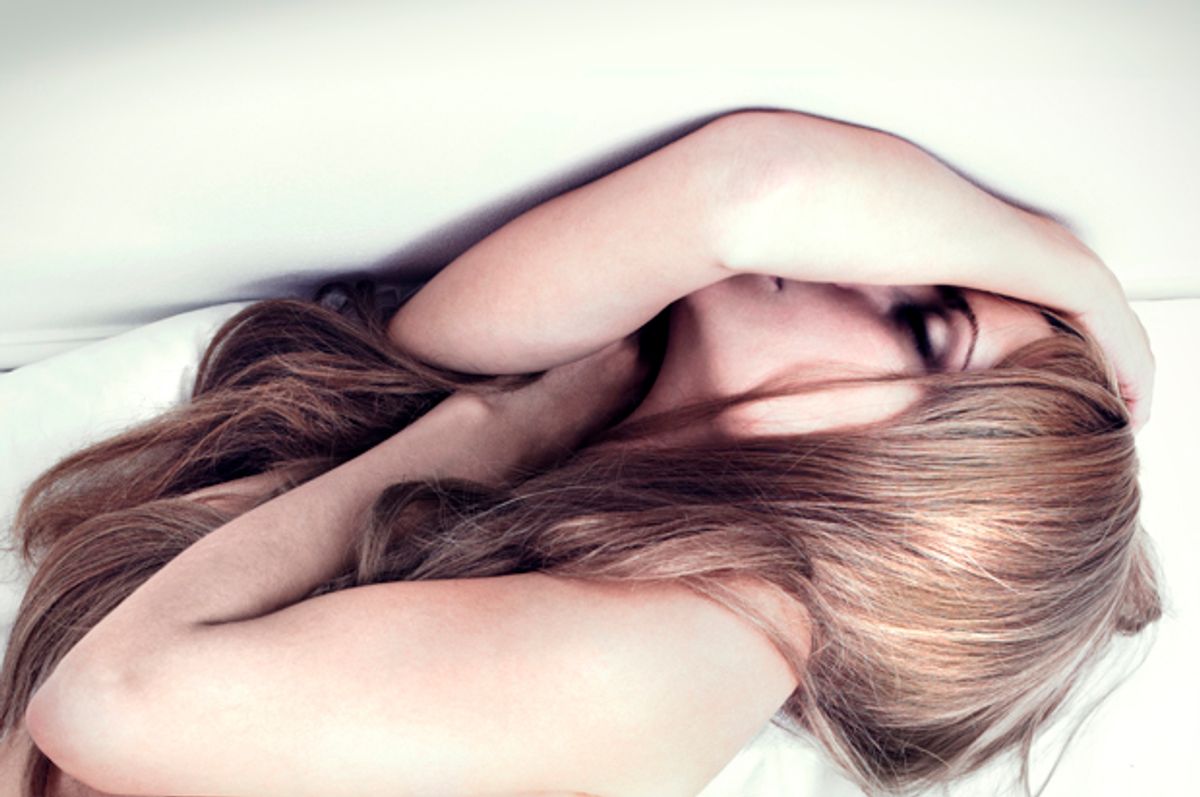 Taoist philosophy holds that women possess three “gates” of orgasm: the clitoris, the G-spot and the cervix. The clitoris is recognized as an easy and effective path to orgasm. The G-spot can be another powerful pleasure point. But the cervix? That area doesn't commonly enter into conversations about orgasm.

“Women associate their cervix more with pain than pleasure," Dr. Prudence Hall told AlterNet via email. "But it does cause sexual pleasure."

The cervix, as defined by WebMD, is a “cylinder-shaped neck of tissue that connects the vagina and uterus." The word has roots in the word cervidae, a class of mammals characterized by the presence of horns or antlers. Aristotle also made mention of the two “horns of the womb.” In fact, the term uterine horn is still used by scientists today. But outside of these circles, the unseen gateway to a horned womb doesn't tend to come up.

Those who have managed to incorporate cervical play into their sex lives know that deep penetration is required. The orgasmic sensation some women feel when their cervix is sexually stimulated has inspired the nickname “cervical kiss.” (Important caveat: somewomen—this is yet another arena in which a conversation about sexual likes and dislikes between partners is essential.)

But deep penetration isn’t always so easy to come by. It’s one of the rare circumstances where we really can say size matters. So if you’re working with standard-sized set of equipment or smaller, positioning is key. In her article, "The Multi-Orgasmic Woman," holistic sex coach Kim Anami suggests, “Try taking her from behind while she’s on her knees,” adding, “Women usually need some warming up before they can accept deep, intense cervical penetration. If she’s resisting or tensing up, ease up until she opens more.”

“You can usually tell when you’ve hit the cervix because a woman’s noises will change. They’ll become more guttural and raw, uncontrolled,” she adds.

Annie Sprinkle describes the cervical orgasm as, “A huge tension release deep in the gut. They are almost like belly orgasms.”

Some doctors even take the experience into account when performing hysterectomies. Certain authorities advocate “sub-total” procedures, which leave the cervix intact for the sake of “enhancing sexual function.”

Hall reminds us, “Touching the cervix can release many emotions. It needs to be touched carefully at first to see how the woman reacts.”

Of course, it’s hard to explain the experience of cervical orgasm. What we can say is that the sensation takes a powerful hold on those experiencing it. Author and sexologist Beverly Whipple began her study into cervical orgasms with women suffering from spinal cord injuries. Surprisingly, she found that the same areas of the brain were activated in women both with and without injury when stimulating the cervix. Carlyle Jansen, author of the book, Sex Yourself: The Woman's Guide to Maximizing Masturbation and Achieving Powerful Orgasms, explained to AlterNet, “The cervix is innervated by the hypogastric and vagus nerves‎ unlike the clitoris, so orgasms feel different. But since the vagus nerve bypasses the spinal cord, many women with spinal injuries who were told that they would never again orgasm have indeed enjoyed that pleasure.”

If you do happen to be one of those women who enjoy this kind of play, some experimentation may be worth the trouble. Amani says, “When I try to describe what a cervical orgasm is like, I tell people it’s like being on ecstasy. It’s a whole-body shimmer, a high that spreads out so everything feels delicious and I radiate for days afterward.”

It is important to note that not everyone enjoys cervical stimulation. Carol Queen, staff sexologist at Good Vibrations, told AlterNet in an email, “Some people find this kind of stimulation unerotic, neutral, unpleasant or painful—so the cervix isn't a magical hidden pleasure point, at least not for everyone.”

She added, “I’m one of those women myself who feels pain when my cervix is struck, even if I’m highly aroused. So only a small percentage of women are likely to be having sex with large enough guys to notice cervical stimulation very much; and some of those women won’t like what they feel.”

Carlyle Jansen reminds us, “All women are different from each other—we are more varied in our pleasure hotspots than men. Some don't like their clitoris touched, others love the G-spot or A-Spot or cervix or perineal sponge. Not everyone is going to like the same thing.”

Carrie Weisman is an AlterNet staff writer who focuses on sex, relationships and culture. Got tips, ideas or a first-person story? Email her .