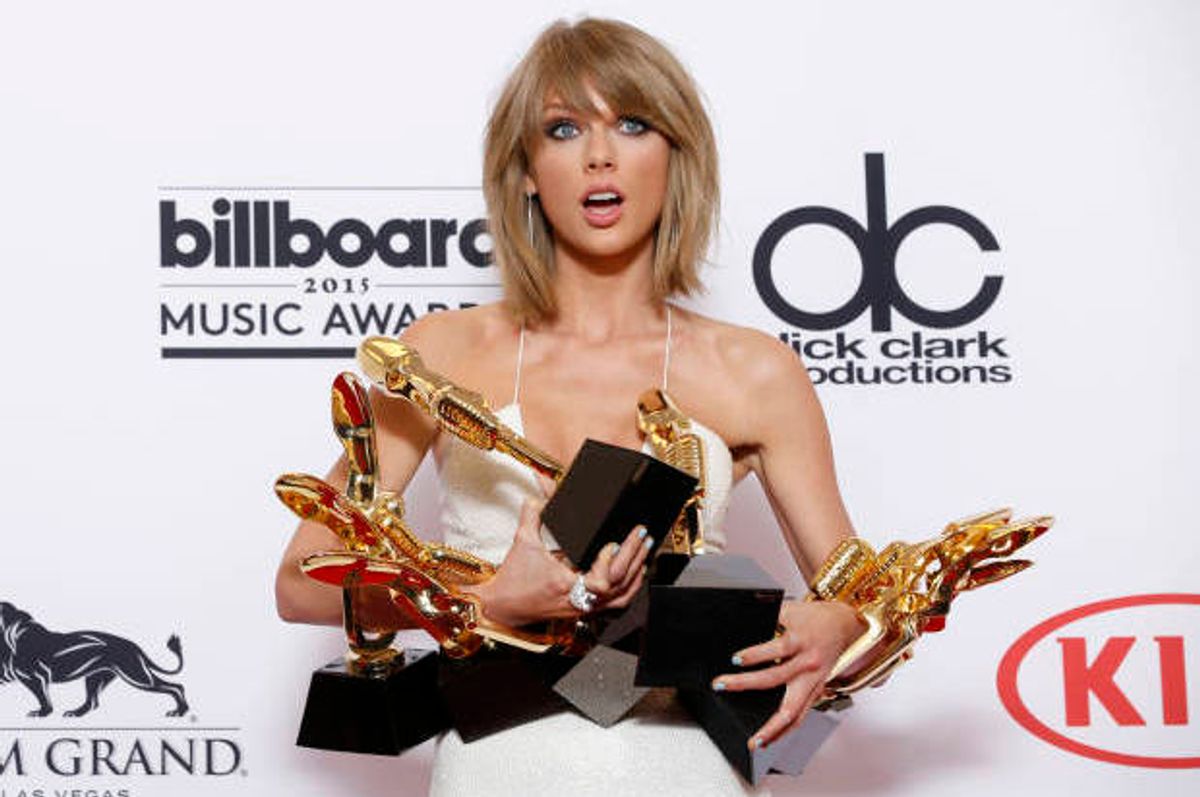 The haters keep coming for Taylor Swift. Last week, an R&B singer named Jesse Graham filed a lawsuit against Swift alleging that she swiped the “haters gonna hate, hate, hate, hate, hate / and the players gonna play, play, play, play, play” refrain that made her 2014 single “Shake It Off” such an instant earworm from his 2013 crooner “Haters Gone Hate,” which includes a version of the phrase as well. He’s seeking $42 million in damages — in Swift dollars, that’s about a week’s worth of work, or roughly 28,000 Scottish Fold kittens.

"Her hook is the same hook as mine," Graham told the Daily News this weekend. "If I didn't write the song 'Haters Gone Hate,' there wouldn't be a song called 'Shake It Off.'"

This is no “Blurred Lines” debacle, or even a friendly Sam Smith/Tom Petty oopsie. The two songs, frankly, sound nothing alike. And according to "Know Your Meme," the ubiquitous online catchphrase dates back at least six years, which is a lifetime in Internet years. Even so, its origins go deeper. So if Graham is alleging that the terms “haters gonna hate” and “players gonna play” are his intellectual property, that if someone else hadn't conjured them out of thin air then Swift  never could have grabbed these incredibly trite clichés out of the modern parlance to anchor her sassy little pop juggernaut, he should go directly to the back of the line, because the following 10 people — by our very conservative estimate — have dibs on this juicy, frivolous lawsuit first: