Is there a G-spot orgasm or isn't there?: 7 myths you've been taught about vaginas

There's a whole lot of misinformation floating around about vaginas. Let's debunk a few of those myths 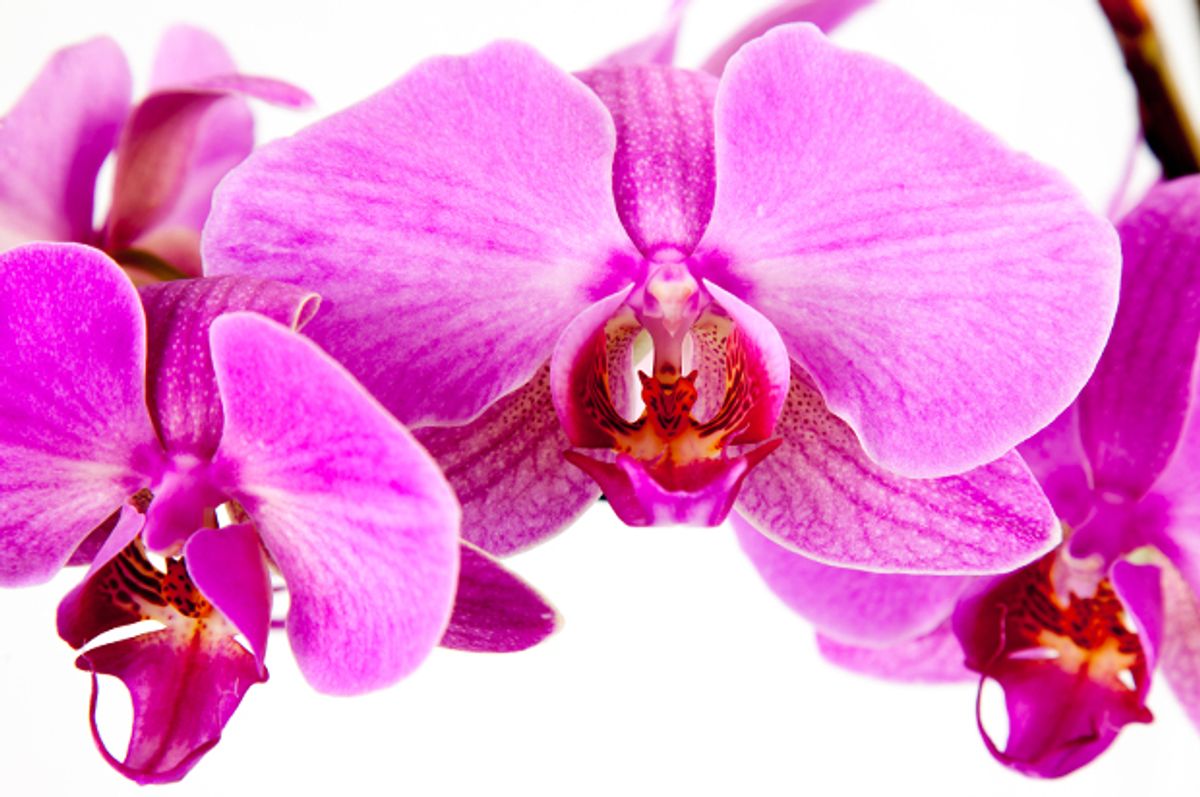 From WebMD nightmares to late-night searches in the shower, having a vagina can be stressful. But before we hop online and start in on the self-inspection, remember, there’s a lot of misinformation out there. Listed here are seven myths you’ve been taught about vaginas.

1. There’s no such thing as a G-spot orgasm.

The G-spot refers to the extremely sensitive area inside a woman’s vagina, about halfway up the front wall from the vaginal opening. The area was first introduced back in 1950 by Ernst Gräfenberg, for whom it’s named. Talk of this “distinct erotogenic zone” didn’t take off until the ‘80s, after the term was popularized in the book "The G Spot: And Other Discoveries About Human Sexuality," by Alice Khan Ladas, Beverly Whipple and John D. Perry. The existence of a G-spot is a contentious topic in the sex research community. After urology resident Amichai Kilchevsky analyzed 96 published studies on the subject from the past 60 years, he definitively announced, “Without a doubt, a discrete anatomic entity called the G-spot does not exist.” According to Kilchevsky, the “sensitive area” is actually an extension of the clitoris. In the time since, the G-spot has been examined by a number of experts; some claim the area exists, some claim it doesn’t, and some say it exists only in some women. For now, we’ll have to wait on the definitive proof and go by some good old-fashioned testimonials. Of course, there’s no “right” kind of orgasm. Whether it’s clitoral or vaginal, chances are you’re in for a good time. That said, anyone who’s had the privilege of experiencing both can attest to the difference.

2. Nice and tight is always right.

Somewhere along the line the idea of vaginal tightness was linked up to virginity, and looseness with promiscuity. Now, aside from the fact that using the shape and size of a woman’s vagina as a means to uncover her bedroom experience is a great way to shame her for pursuing non-reproductive sexual encounters, the idea also represents a general level of ignorance surrounding the female anatomy. Debby Herbenick, an associate professor at Indiana University and author of "The Coregasm Workout," told Men’s Health, "Women's vaginas don't change in size or shape based on how much or how little sex they've had or the size of their partner's penis,” adding, “Vaginas are flexible and return to their original size." And as sexual physiology expert Michael Castleman explained in Psychology Today, “This process, loosening during arousal and tightening afterward, happens no matter how often the woman has sex....Intercourse does not permanently stretch the vagina." Castleman asks readers to pull the corners of their mouths out toward their ears. Now let go. Did your lips snap back into place? Yeah. That’s what we call “elastic tissue.”

3. Vaginas smell and need to be cleaned.

Vaginas, like all parts of the human body, carry their own unique set of characteristics, and one of them involves a natural odor. But somewhere, somehow, that scent became equated with dirtiness. Of course, if someone is experiencing an especially pungent odor, something outside the ordinary, it might be worth it to get it checked out because it could be a sign of infection. That said, a slight smell isn’t anything to sweat over. As the Mayo Clinic states, “It’s normal for your vagina to have a slight odor.” Sexologist Carol Queen tells AlterNet, "The odor of a clean vagina and vulva is not only fine and natural—it is downright alluring and arousing to many people." Which brings us to the topic of vaginal deodorants and douches. Most doctors (as well as the American College of Obstetricians and Gynecologists) actually recommend women avoid these products, linking them to vaginal infections and even difficulty conceiving. Your best bet is to leave things be. The vagina, after all, is a self-cleaning machine. Queen asserts, "Women should  never douche to change their odor or flavor; this might even be dangerous."

Some women like a little hair down there, some like working with a blank canvas, and some want a little bit of both. What look you gravitate toward is probably the right one for you. But the idea that being bare down there is in some way “cleaner” than sporting a full bush is, in a word, bogus. Eliminating the aesthetic of a sexually mature woman is more a cultural fashion trend than some kind of hygienic solution. Pubic hair, after all, serves a purpose. “The coarse hairs are thought to reduce external friction during sex, collect secreted pheromones, and protect against all kinds of (arguably more unsightly) skin complaints from infections and rashes to full-blown acne,” reports Glamour Magazine. Queen says, "Baring it all is quite a step, and should be done because you think it’s sexy and satisfying—not because you think it has to be done to be acceptable." Besides, going au naturel is a far cheaper option. Estimates hold that the hair removal market is worth an estimated $2.1 billion in the U.S.

We know most of the primping comes before the action, and that staying in bed to soak up those precious post-coitus moments is tempting, but if you make time for a moment of post-sex maintenance, you could be saving yourself a lot of grief in the long run. If you haven’t heard it before, peeing after sex is something all women should be doing. Most of us know the anus is pretty close to the vagina. It’s not exactly pleasant thing to think about, but sex is an easy way to spread fecal bacteria to the urethra, resulting in a urinary tract infection. These nasty little UTIs can cause burning, an intense urge to urinate (and pain when you do) and fever. If left untreated, the infection can actually travel to the kidneys, and can turn deadly.

The uterus is about the size of a woman’s fist and sits just above her vagina. About 30 percent of the time, that uterus will be tipped or tilted. That’s not usually a cause for concern, as a tipped uterus is no less healthy than those angled otherwise, but it can lead to pain during sex in certain positions. Carlyle Jansen, author of "Sex Yourself: The Woman’s Guide to Mastering Masturbation and Achieving Powerful Orgasms," told AlterNet, “Many women have a ‘tipped’ uterus, in which case they may like any penetration to come from the side instead of straight in.” Because positions like girl-on-top and doggie-style allow for deep penetration, women with tipped uteruses may want to avoid them.

Vaginal discharge is almost always normal. There are exceptions, but certain giveaways like sight and smell should be enough to let you know whether or not you’re producing healthy discharge, which can range in color from clear to milky white, depending on where you are in your menstrual cycle. Glamour Magazine reports, “Discharge is the exact opposite from ‘dirty’ and is packed full of friendly bacteria to protect against infection, lubricate, and cleanse the vagina.” So next time you start worrying about what your vagina is producing, relax and remember, it’s just doing what it was designed to do.