Megyn Kelly mocks insecure GOP candidates for their mob-style "family meeting": "What do they want, a foot massage?"

Say what you will about Kelly, but you have to admire that she's not a team player 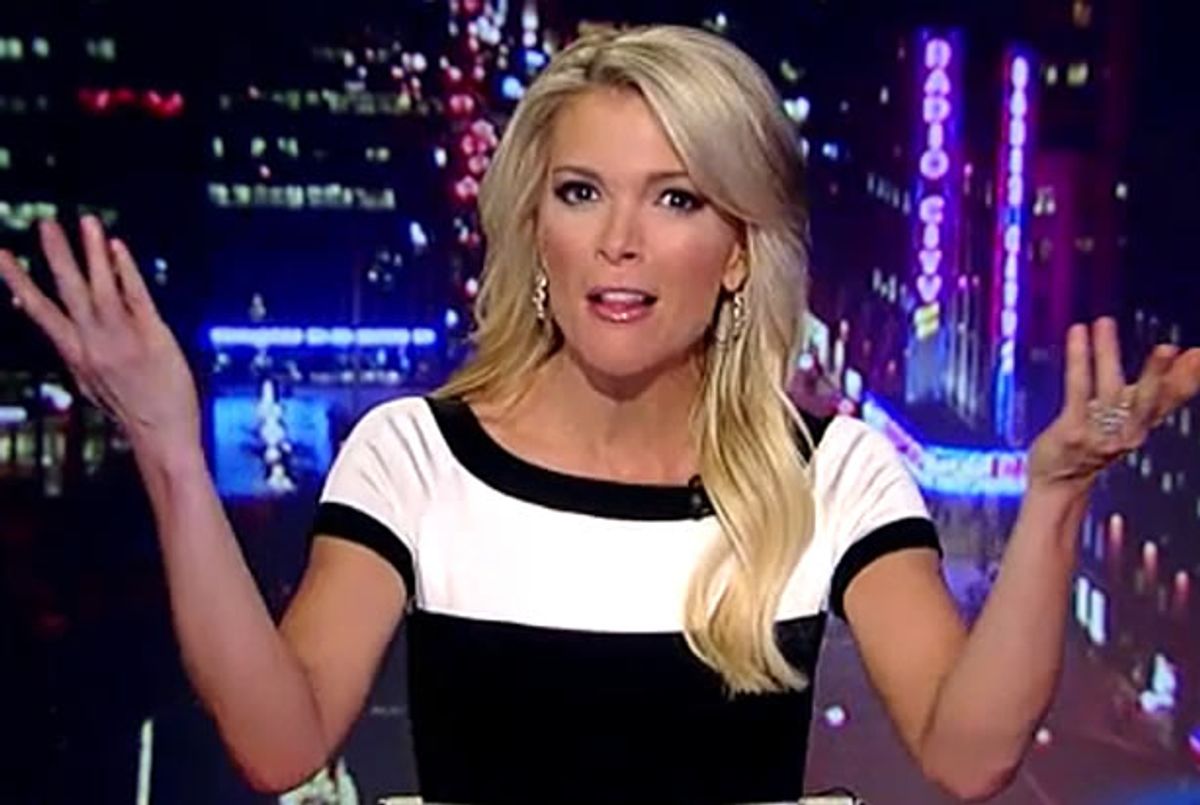 On "The Kelly File" Monday night, the host of the previous Fox News debate roundly mocked the candidates who will be appearing on the next one for holding a summit to make sure they wouldn't have to field unexpected questions in a room with a temperature above 67° Fahrenheit.

Megyn Kelly acknowledged that there's nothing wrong with "want[ing] all the candidates to receive similarly-substantive questions," but her tone quickly shifted as she started to enumerate the rest of their demands.

"No so-called 'lightning rounds' of questioning," she said. "Approval of any on-screen graphics aired during the debate. Yeah, that’s gonna happen."

"The networks should commit that they will not ask hand-raising questions, yes-or-no questions, allow candidate-to-candidate questions. Then, maybe, like a foot massage?" Kelly asked.

She was speaking with Fox News' digitial politics editor Chris Stirewalt, and the pair expressed great bemusement at some of the GOP candidates' request.

"Can you imagine having to submit our graphics for approval to the candidates?" Kelly asked. "Good luck with that."

Watch the entire segment below via Mediate.