Burning trees to fuel our power plants is heating the atmosphere more quickly than coal. Part 1 of a 3-part series 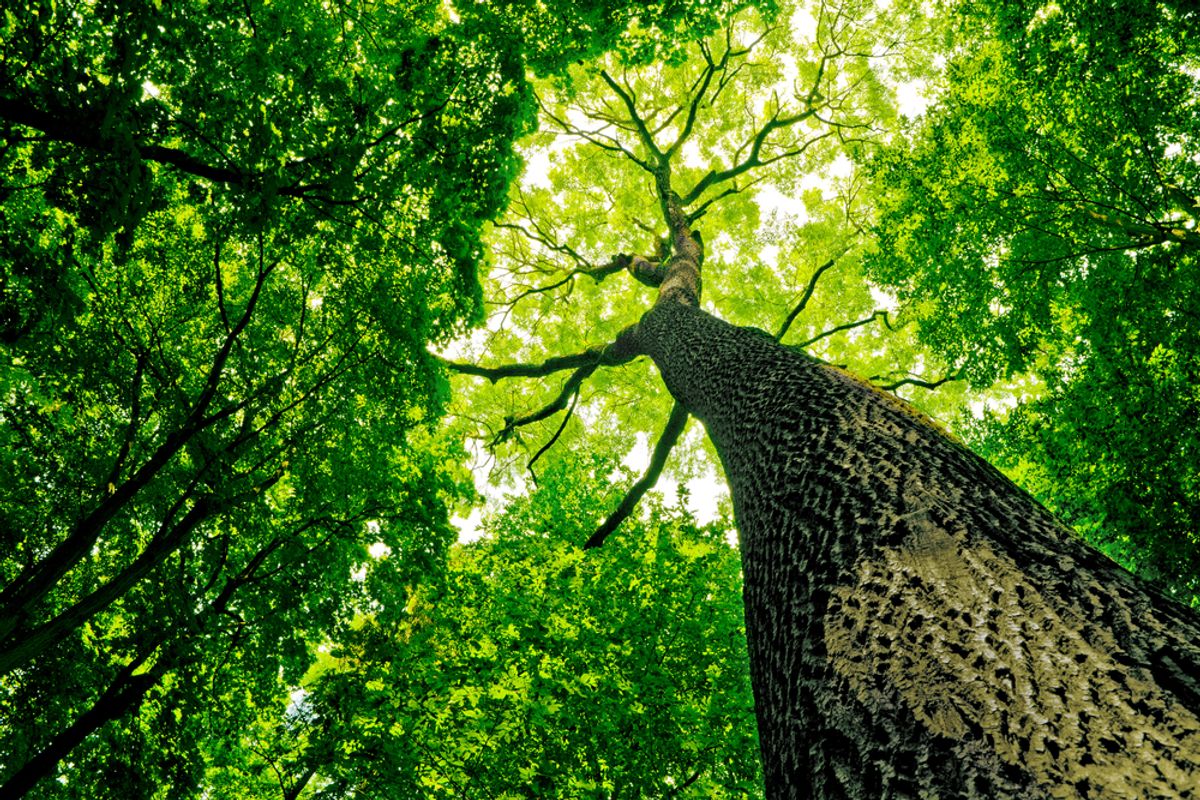 In the middle of the transition is the Drax Power Station — Western Europe’s largest coal power plant, as big and powerful as many nuclear stations. The 4-gigawatt facility was built in the 1970s and ‘80s in this bucolic Yorkshire parish to burn the fruits of a local coal-mining boom. Droves of miners arrived in double-decker bus loads at a region known as Megawatt Valley.

“We used to sit on the doorstep — me and the kids — singing, ‘Hi ho, hi ho,’” said Pamela Ross, a former mine administrative worker and union rep. In the dining room of a converted farmhouse between castle remnants and two village thoroughfares, where she has lived since 1988, she rifled through yellowing government documents and photos of mine groundbreakings, lamenting the wheezing of what once was a strapping local industry. “We have hundreds of years of coal still underground,” she said. “But it’s likely to stay there.”

Nostalgia about the coal sector’s misfortune is far from universal. The cheap black rock that powered the Industrial Revolution is the dirtiest of the fossil fuels. As the world cracks down on climate pollution and deadly air pollution, it’s scrambling to deploy cleaner energy alternatives. The European Union has led the world in passing stringent climate laws — and urging the rest of the world to follow.

In England and across Europe, the most popular source of renewable energy is wood. But chopping down trees — many of them in the U.S. — and burning the wood heats the planet more quickly than burning coal. Yet plants like Drax receive financial support to switch from coal to wood. That’s because of an entrenched loophole in the EU’s climate rules.

That loophole treats electricity generated by burning wood as a “carbon neutral” or “zero emissions” energy source — the same as solar panels or wind turbines. When power plants in major European countries burn wood, the only carbon dioxide pollution they report is from the burning of fossil fuels needed to manufacture and transport the woody fuel. European law assumes climate pollution released directly by burning fuel made from trees doesn’t matter, because it will be re-absorbed by trees that grow to replace them.

The assumption is convenient, but wrong. Climate science has been rejecting it for more than 20 years. It ignores the decades it can take for a replacement forest to grow to be as big as one that was chopped down for energy— or the possibility that it won’t regrow at all. The assumption also ignores the loss of a tree’s ability to absorb carbon dioxide after it gets cut down, pelletized and vaporized.

Just how “green” is wood energy? The surprising explanation in 69 seconds.

The accounting trick allows the energy industry to pump tens of millions of tons of carbon dioxide into the air every year and pretend it doesn’t exist.

Analysis of Drax data reveals that its boilers release 15 to 20 percent more carbon dioxide when they burn wood than when they burn coal. That doesn’t even factor in the loss of a forest’s ability to absorb carbon dioxide after it’s cut down and used for electricity, nor does it account for pollution from drying and transporting the wood.

Drax isn’t the only power plant switching to wood from coal, but it’s the biggest. It’s importing more wood pellets than any other as it pioneers a new biomass energy supply chain. (Biomass energy refers to the burning of organic matter to produce power, heat or electricity.) With the last active coal pit in Selby about to be boarded up, nearly half of Drax’s electricity is now coming from biomass — mostly from wood pellets.

Wood has quietly become the largest source of what counts as “renewable” energy in the EU. Wood burning in Europe produced as much energy as burning 620 million barrels of oil last year (both in power plants and for home heating). That accounted for nearly half of all Europe’s renewable energy. That’s helping nations meet the requirements of EU climate laws on paper, if not in spirit.

Nearly Half of Europe's Renewable Energy Comes from Wood Energy DOWNLOAD
While Europe is ground zero for coal-to-wood power plant conversions, the impacts aren’t being contained inside its borders. To feed the growing appetite of power plants now burning wood, forests of the U.S. Southeast are being cut down, pelletized and shipped across the ocean. And now Asia is joining the trend, accelerating the wood pellet sector’s growth — and worsening its toll on the climate.

The utilities and other companies producing Europe’s renewable energy are receiving big, publicly funded payouts that virtually guarantee profits. Because wood counts as a renewable source of electricity, power plants that burn it are receiving hundreds of millions of dollars in climate subsidies. They’re also avoiding tens of millions more in fees normally levied on climate polluters.

Those subsidies mean wood energy is projected to continue to grow steeply in Europe, hastening climate change as global warming’s effects become more profound. Average global temperatures have risen more than 1.5°F since the Industrial Revolution. Seas have risen more than half a foot. Global warming appears to have contributed to the drought that inflamed warfare in Syria, and it’s making the drought worsein California. Earth models warn of bleak futures unless climate pollution is radically reduced. Incinerating trees for electricity is exacerbating those dangers, say scientists.

“For mitigating climate change,” said Stephen Mitchell, a Duke University researcher who led research a few years ago that modeled the climate effects of using forests for energy, “it makes much more sense to just continue to let them grow.”

In 2011, the science committee of the EU’s environment agency warned that the “bioenergy accounting error” had “immense” potential consequences for the planet’s forests and climate. Attempts to introduce sustainability standards that could curtail the use of harmful wood energy across the EU have so far been blocked by Finland and Sweden. Those countries are poor in fossil fuel reserves but home to vast forests, which they harvest and burn for heating and electricity. About 100 wood pellet plantsoperate in those two countries alone.

“A forest isn’t instantaneously renewable,” said Oregon State University professorMark Harmon, an advisor to the EPA on measuring climate pollution from wood fuel. “It renews over a time horizon that’s quite long. If people go out and start burning wood from an area that hasn’t been harvested for that purpose, it won’t be carbon neutral.”

Harmon helped Mitchell design landscape modeling experiments. They simulated how much fossil fuel use was avoided when trees were used as fuel; how much climate pollution the wood burning put into the atmosphere; and how much pollution forests sucked back out of the air.

Inside the computer model, some natural forests and plantation forests were left to grow. Others were clear-cut every few decades to provide fuel for power plants. It took centuries before using older natural forests for wood energy provided climate benefits, compared with leaving them to grow. Plantation forests took decades to centuries.1 Other studies have shown similar results; it takes decades, or even centuries, before burning trees for electricity can be considered carbon neutral.

From a climate perspective, wood energy is unlike most other renewables. Wind turbines, solar panels and hydropower suck energy out of the environment to produce electricity. Wood must be burned to release its energy, which also releases its climate-changing carbon.

Pound for pound, burning wood releases less energy but more carbon than a fossil fuel. And burning wood releases an immediate pulse of carbon dioxide. It takes a long time for a forest to begin to recover, and then to absorb an equivalent amount of pollution as it regrows — if it ever does.