They’re not coming here to steal anyone’s life; they’ll be too exhausted trying to start a basic life of their own 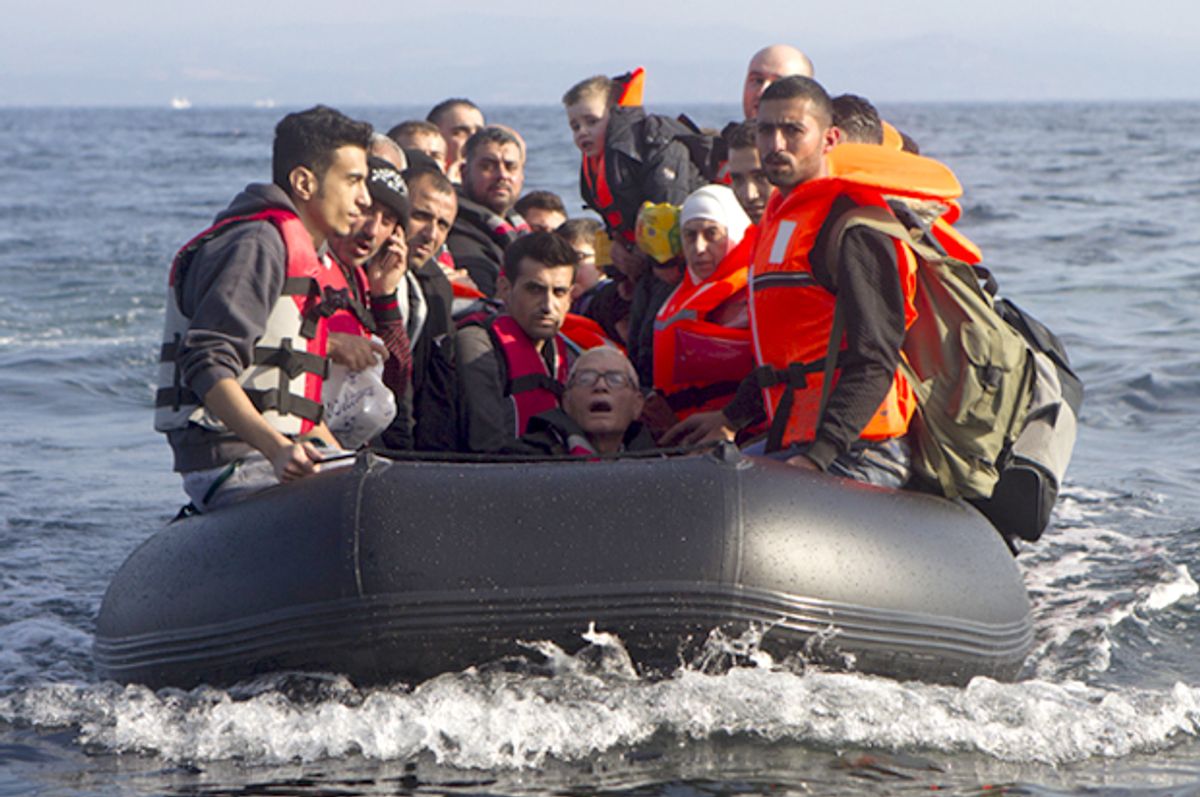 At the end of 1989, six weeks after the Berlin Wall fell, my parents elected to abandon their lives, friends and possessions, and put our family at the mercy of the West. We crossed the Soviet–Czechoslovak border with little more than blankets, basic cookware and assorted trinkets. We knew no one beyond the border. Our destination was the Western train station in Vienna, because we heard that Jewish refugees received help there; beyond that, our plans and our money ran out.

I was thrilled to be out of the Soviet Union and wished little for anything except never going back to the USSR, but I was also 9 years old. I didn’t worry about having no legal status in a foreign country, I didn’t entertain the notion that maybe there would be no one at the train station, maybe the Austrians wouldn’t be happy to see us, maybe we would be spending the next humiliating, panic-filled decade scrambling to get on our feet. In certain ways, child refugees are blessed.

Years later, I talked with my parents about the late fall of 1989, when they were preparing to leave, and even as an adult, I couldn’t quite relate. Too many years of living in safety, perhaps, but I couldn’t imagine a situation in which jettisoning my entire world and placing my family at the mercy of complete strangers in a foreign train station is the best of all available options. I can’t place myself in my parents’ shoes, to say nothing of the shoes (or lack thereof) of someone who piles their children into a lifeboat to cross the Mediterranean Sea to escape from a war zone. Assuming that the Syrians coming to South Carolina had elected to become refugees so they could reap the benefits of living the good life is a bit like assuming that an amputee had purposefully cut off his leg in order to enjoy nifty perks like a handicapped parking sticker.

As for that good life in America, and the notion that these people are going to land and get to work hijacking our way of life: They won’t. Here’s the problem: Shortly after they arrive, they’ll be introduced to bills, deductibles, cash checking fees, scams, penalties, fine print and the minimum wage. They’re going to discover what it’s like to try to stuff foreign language phrases into their addled brains in-between juggling overtime shifts at McDonald's and raising a family.  They’re going to learn the humiliation of showing up at a doctor’s office or a teacher conference with their 12-year-old child who’s there to translate and help make decisions. When driving, they will keep their hands on 10 and two and the car traveling at the prescribed speed limit, because they’re already terrified of the police, and because a speeding ticket, as well as the attorney required to get out of it, are both beyond their means.

Freedom, with all due respect to Janis Joplin, is not another word for nothing left to lose. Freedom is not picking up trash furniture that other people dump on the curb. Freedom is being able to use the word “setback,” because for you, the unavoidable little misfortunes Americans call setbacks are catastrophes that threaten to unravel your existence in this country. The reason behind the stereotypical immigrant child getting A's in school is not because of culture, but because her parents don’t have assets, or a college fund, or a savings account, and the only way she will succeed is by getting an education. The immigrant kid gets A's because she doesn’t have the luxury of experiencing a setback for a marking period.

That’s not to say these people will become model Americans. You can only assimilate so much, and much of it depends on the age at which you immigrated. My mother loves America, but doesn’t vote. She spent 50 years living in a dictatorship that yanked people out of their apartments to participate in rigged elections. (“I’m exercising my right to stay home,” she told me when I bugged her one election eve, and I’ve left her alone ever since.)  My father loves America, but still roots for Russia when it comes to hockey, because that’s what he did for 50 years. Both my parents still refer to Russians and Ukrainians as “us” and Americans as “them.” Then again, I still address my high school friends’ parents using Mr. and Mrs., I still call my local bar by its old name from 10 years ago, and a direct injunction from heaven will not stop me from using “Puff Daddy” regardless of what stage name Sean Combs concocts tomorrow.  Some things you can’t unlearn.

The incoming refugees will assimilate to one degree or another. They may not take to apple pie, but I’m fairly certain they won’t be shoving baklava down South Carolinians’ throats either. They’re not coming here to steal anyone’s life; they’ll be too exhausted trying to start a basic life of their own, or the closest approximation thereof.

This brings us to the question of why should America be taking them in in the first place. Well, the residents of South Carolina are nervous because they’re imagining a future in which their communities are torn apart by foreign factors. The Syrian refugees don’t require imagination; they’ve already lived through it. The reason these people need new lives is because their old ones have been destroyed by global upheavals in which America played a significant role.

When the U.S. was debating whether to invade Iraq, Secretary of State Colin Powell issued a prescient warning to President Bush: “You’re going to be the proud owner of 25 million people. You will own all their hopes, aspirations, and problems.  You’ll own it all.” A shorter version of Secretary Powell’s warning has been made famous as the “you break it, you buy it” rule.  The U.S. invasion of Iraq broke the Middle East. Whether that invasion was justified, whether the provisional government should have disbanded the Iraqi army, whether NATO should have bombed Syria a tad bit more or a tad bit less or not at all, doesn’t matter – what matters is that these actions happened.  In turn, they destabilized the Middle East, which eventually contributed to the very conditions that forced the Syrians to abandon the charred remnants of their lives and seek new ones.

This isn’t about blame; it’s about opportunity.  My family set off for the western train station in Vienna because the people on underground Voice of America and Radio Free Europe radio broadcasts, which my father listened to at night, told him that the West hadn’t forgotten us, that America knew the difference between enemies versus those unfortunate enough to be born behind enemy lines. Those disembodied voices, carried through the static of Soviet jamming towers, were enough to convince my family to place our trust in America. Because as much as people gripe about America changing too much, or not enough, or falling apart, this country remains the last beacon of hope for millions. It remains so even for the Syrians, whose experience with the West has been limited to bombs, not encouraging broadcasts. We have an opportunity to do what other Americans have done in the past – make that hope real.

Lev Golinkin is the author of "A Backpack, a Bear, and Eight Crates of Vodka." A graduate of Boston College, Golinkin came to the U.S. as a child refugee from the eastern Ukrainian city of Kharkov (now called Kharkiv) in 1990.  His Op-Eds and essays on the Ukraine crisis have appeared in the New York Times, Los Angeles Times, the Boston Globe and Time.com, among others.