"This is a great example for law enforcement, before resorting to violence, first just to twerk things out" 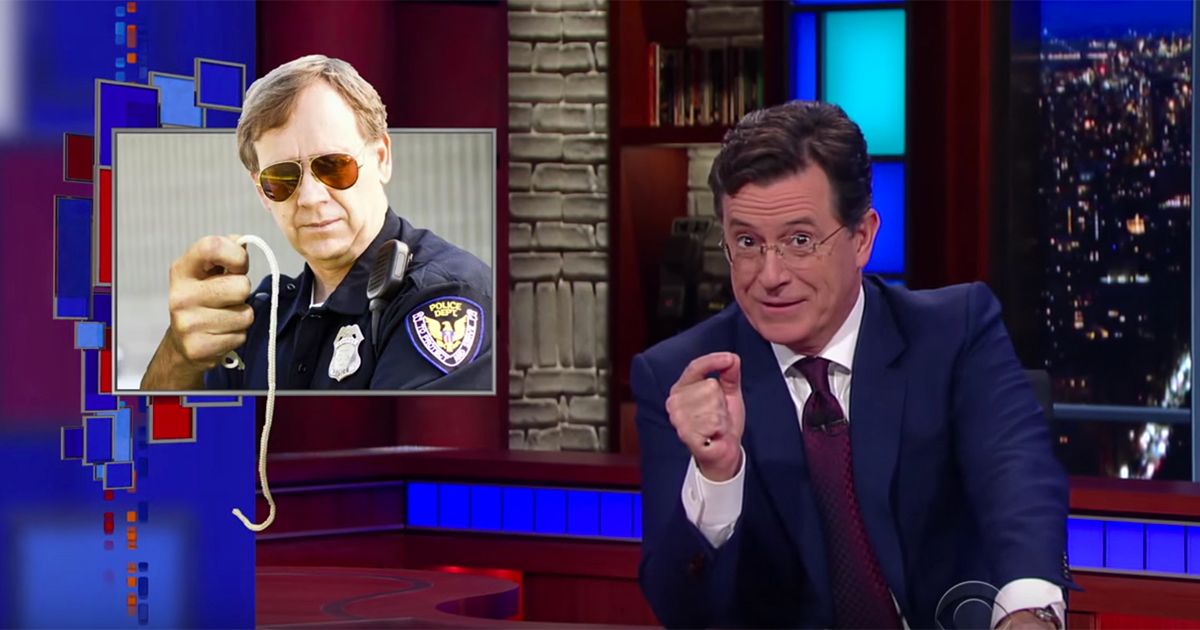 "Late Show" host Stephen Colbert took a moment during his Monday evening show to discuss the use of excessive force by police departments across the country. While he began the segment by acknowledging the hard work police do and hope that a majority of police are honest, he said, "black people aren't imagining this stuff." He went on to lighten the claim by take the side of "you" meaning any audience member.

Perhaps, a solution to the bad rap cops are getting is to twerk it out as one Washington, D.C., officer did while trying to do the Nae Nae. "That's right! A police officer ended a tense situation with a Dance-Off! Nobody got arrested," Colbert said. "But somebody did get served! This is a great example for all law enforcement, before resorting to violence, first just to twerk things out."

Unfortunately, however, the Andersonville Police Department has opted for a different approach by giving their officers nunchucks which have already proven effective "by our nation's Ninja Turtles."

Thankfully, the ones officers are using are a hard plastic, not wood or metal, because as America's Funniest Home Videos has showed us, the user can end up hurting themselves more than a perp. "There is a small possibility that the police will end up abusing themselves, because even with proper training things can get out of hand," he said showing an unfortunate series of nunchuck injuries.

"Numchucks can be used to restrain a subject by wrist, by elbow or even by ankle," Colbert said. "Yes, by ankle, which is great in case they have to arrest Mrs. Robinson." But after years of using batons to beat people, nunchucks are basically just two batons tied together with a string. "If they really want to reduce incidents of police brutality, maybe they ought to just give the cops the string." Now there's a thought.

The first survivor of police brutality via nunchuck was an unarmed female TV reporter. Cops are required to train for 16 hours before using the nunchucks, which Colbert thinks is hilarious. "To put that into perspective, a California massage therapist has to take 500 hours of training, and it's 516 hours if you want to massage somebody with nunchucks."

Check out the rest of the video and a series of nunchuck fails below: