"The genie is out of the bottle": Why San Francisco's Airbnb backlash won't chill the sharing economy

Salon talks to an economist about today's Proposition F vote, which could curb the short-term rental service 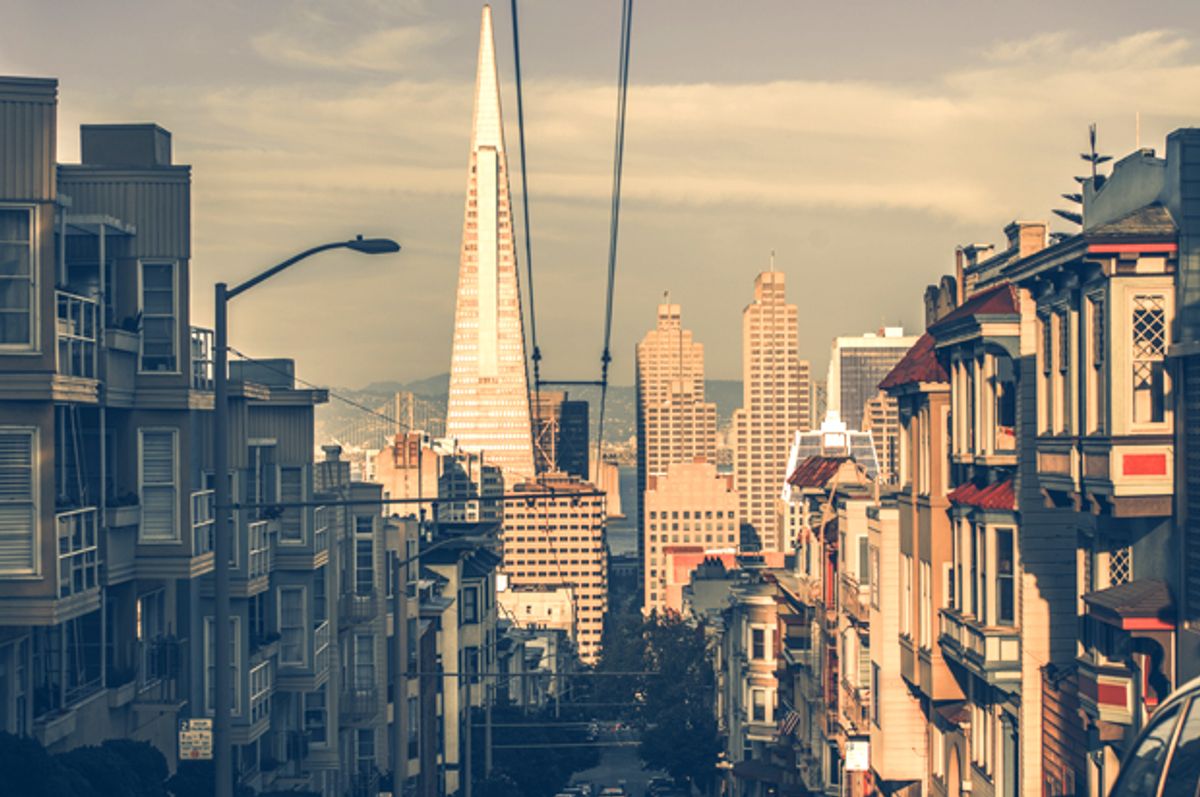 Today, residents of San Francisco vote on an initiative called Proposition F, which is aimed at curbing Airbnb, the onetime startup based in the city and now valued at $25 billion. “The contentious proposition concerns regulation of short-term rentals in the city,” Tracey Lien writes in the Los Angeles Times. “It would toughen the rules that hosts and platform providers must follow, such as limiting the number of nights a unit can be rented each year to 75, and would require quarterly reports to the San Francisco Planning Department on how a unit is used.”

The legislation has a strange kind of political profile: California’s U.S. Senator Diane Feinstein supports it, lieutenant governor Gavin Newsom – also a Democrat --opposes it. The platform may make overnight accommodation easier, but it’s also gotten tied up in the frustration around inequality, extreme gentrification, and sky-high real estate prices in San Francisco and cities like it.

We spoke to Arun Sundararajan, a professor at New York University’s Stern School of Business, who writes on the sharing economy and crowd-based capitalism. The interview has been lightly edited for clarity.

What have you found about the impact of Airbnb on urban neighborhoods?

Peer-to-peer markets like Airbnb tend to create economic value that disproportionately benefits people below median income. That is, people who have less money tend to benefit more than people with more money.

It comes from inclusion in things you’d not otherwise have access to – in the context of Airbnb, it’s the large number of people who didn’t take fancy vacations who are now able to do that – to people who are supplementing their income by renting out their place.

And both of these populations in general tend to be disproportionately drawn from people who are not very well off. People who are wealthy aren’t motivated to be Airbnb hosts.

I’ve looked at the analysis that the city of San Francisco and Airbnb did on its impact on short-term rental availability, and the conclusion I drew was that there are other factors – the growth of the population, the widespread prevalence of rent control – that have had far greater impact on the shortage of affordable rental housing than Airbnb. (I don’t have a good way of saying how much bigger or smaller.)

Philosophically I like the idea of rent control, but it distorts the availability of available housing because there’s only a fraction of the available stock on the market.

So you’re saying that Airbnb is not responsible, in a significant way, for the increases in rents in city neighborhoods? It’s a minor and not a major factor.

Yes – based on my analysis of other people’s data.

It’s a hugely complex issue, if you hold yourself up to an academic/scientific standard. It’s a difficult effect to tease out because there are so many things going on.

Where do you think the frustration around Airbnb, which led to Proposition F, comes from?

My sense is that in some subset of the population of San Francisco, and of the Bay Area, there is frustration that comes from the injection of wealth into the economy from Silicon Valley and [tech] companies that tend to benefit a small group of extremely wealthy people. The rising incomes and wealth for a fraction of the population is clearly driven by the tech economy. There are a small number of people who have more money, and this is likely to drive up real estate prices and change the character of neighborhoods.

That’s getting mixed up… Airbnb happens to be one of these wealth-generating tech platforms. So there’s a conflation of the tech industry and Airbnb has become the symbol of frustration caused by factors unrelated to people renting their homes out.

I also think that there’s probably a group of people who don’t like the fact that there are Airbnb hosts in their building. I’m sympathetic to that. That they may not feel safe having strangers walking around.

I’ve heard people in New York say that Airbnb guests are noisy. I chuckle when I hear that. My experience with neighbors in New York is that there’s no discernible difference between residents and visitor: New York is not really filled with quiet meditative [types.]

I can see that’s a valid issue that buildings should deal with. Buildings have administrative units and condo boards and co-op associations: These are bodies with a fair amount of regulatory bite…. To some extend they may be a better entity to regulate this behavior.

But there are externalities – where what one person does affects other people.

Is there enough frustration around the country that this could spread to other cities, or is the issue specific to San Francisco?

The situation with Airbnb in New York is much more complex and fairly different: For the last couple of years there has been a fairly significant monitoring and analysis of Airbnb by the attorney general and other city government agencies. So the level of Airbnb hosting is lower that what it would otherwise be. I don’t detect the same groundswell of, “We’ve got to curb Airbnb to solve our housing problems in New York.”

There’s an alternative path forward, which is for city governments to be pro-active at carving out a legal umbrella under which Airbnb hosting can occur.

The reality is that this is something that people really like, at the end of the day. It’s not going to go away. It will manifest itself, whatever the regulations. The genie is out of the bottle. Plus, there is some evidence from Airbnb’s own analysis that there is a positive effect on some neighborhood when there is Airbnb hosting – people spending at small businesses when you inject tourists into residential areas, the restaurants and grocery stores….

Cities might say, “Here are some positive aspects of this, let’s pro-actively create a framework that legitimizes this on our terms.”

Paris has done that, for example. There are some restrictions on how much you can host, some system by which taxes are collected. And I think it’s the most popular Airbnb destination at this point. If in the face of a more involved government and allegedly greater levels of bureaucracy, France could figure out a regulatory mode that accommodates the U.S. platform Airbnb, then it shouldn’t be that hard for our cities to do it.

Is it fair to say that your findings are that the sharing economy has been good for the middle class?

Yes – it has disproportionate effects on the middle class and below, relative to the extremely wealthy. There’s a tiny fraction – [Airbnb CEO] Brian Chesky has benefited a lot from the sharing economy… As far as the buyers and users, the hosts and the millions of guests, the half a million Uber drivers, over a million sellers on Etsy… All of these people are all in some ways running tiny businesses.

There’s a real possibility, as this kind of capitalism expands, crowd-based capitalism, where the supply is coming from the crowd and the demand is channeled through a platform… There are tiny chunks of supply, owned by a much broader selection of the population, and when you distribute ownership like that, it tends to reduce inequality. More people are owners of the means of production, instead of it being concentrated in the hands of a boutique hotel chain or a corporate hotel chain…. Now the ownership of short-term accommodation is sitting in the hands of a million people. It can have positive redistributive effects.