This is how it ends for Jeb: "He's like a thoroughbred begging to be put out of his misery"

After his latest disastrous debate performance, even the GOP establishment is ready to pull the plug on Jeb! 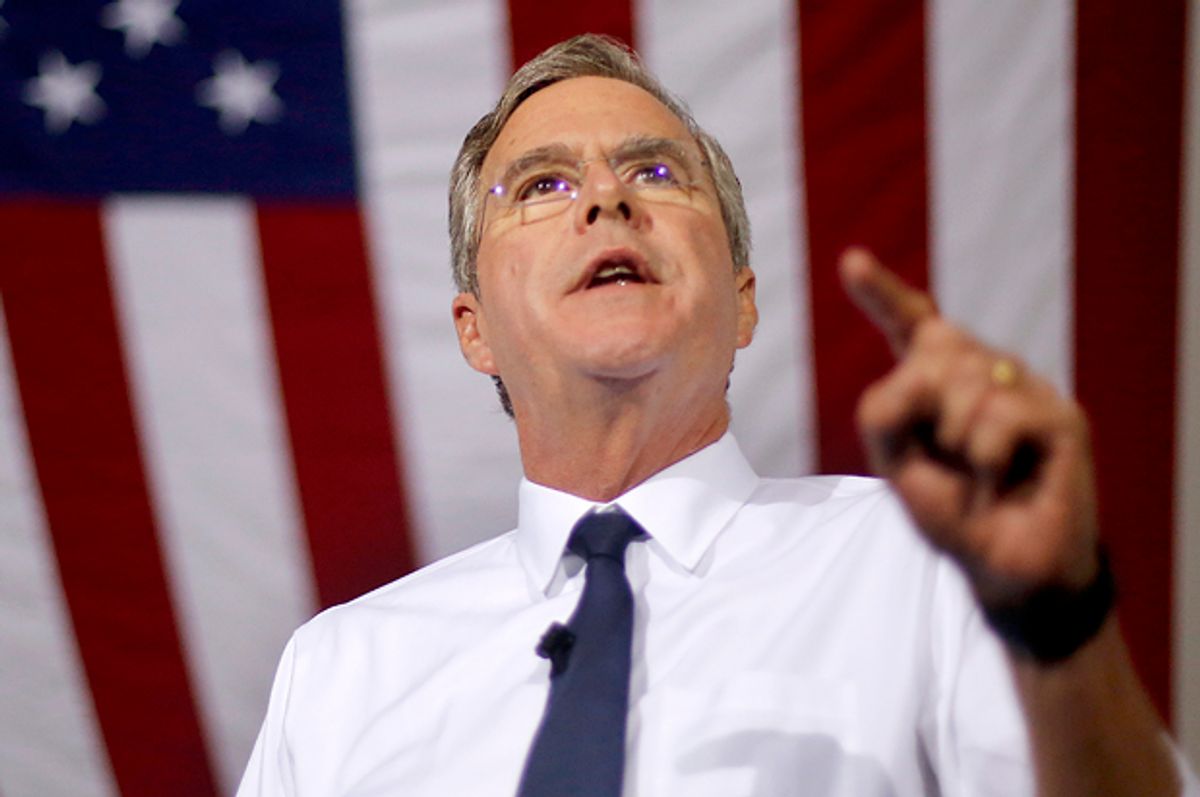 "It's the humane thing to do," said a participant following an emergency donor class conference call following the CNBC Republican debate in Boulder, Colo. "After Jeb criticized Rubio's attendance record, and Rubio broke his legs, you could just see it in his eyes," said the billionaire super PAC contributor, who did not want to be named because he never is named. "Poor Jeb's like a thoroughbred begging to be put out of his misery."

Sources close to the Bush campaign rejected the judgment reached on the call. "He's joyful, he's got 39 years of experience, he's a reformer who can get things done, he's got an 11-point tax reform plan, and the only reason he's running is because those rich bastards dragged him into the race in the first place so they'd have someone they could own," said one insider, who was granted anonymity in exchange for a better quote.

Overnight polls of likely Republican caucus and primary voters put Bush well behind other presidential contenders in answer to the question, "Which candidate is best at channeling your batshit rage?" Asked to respond to the poll results, a Bush campaign spokesperson, who declined to be named because it might jeopardize her job search, said, "Look, if the only thing you care about is beating Hillary Clinton, Jeb's not your man."

It is not yet known how the donors' verdict will be implemented, and which network will have the rights to it, but ad industry expects said rates were likely to be well above the $250,000 for a 30-second spot that was charged by CNBC.