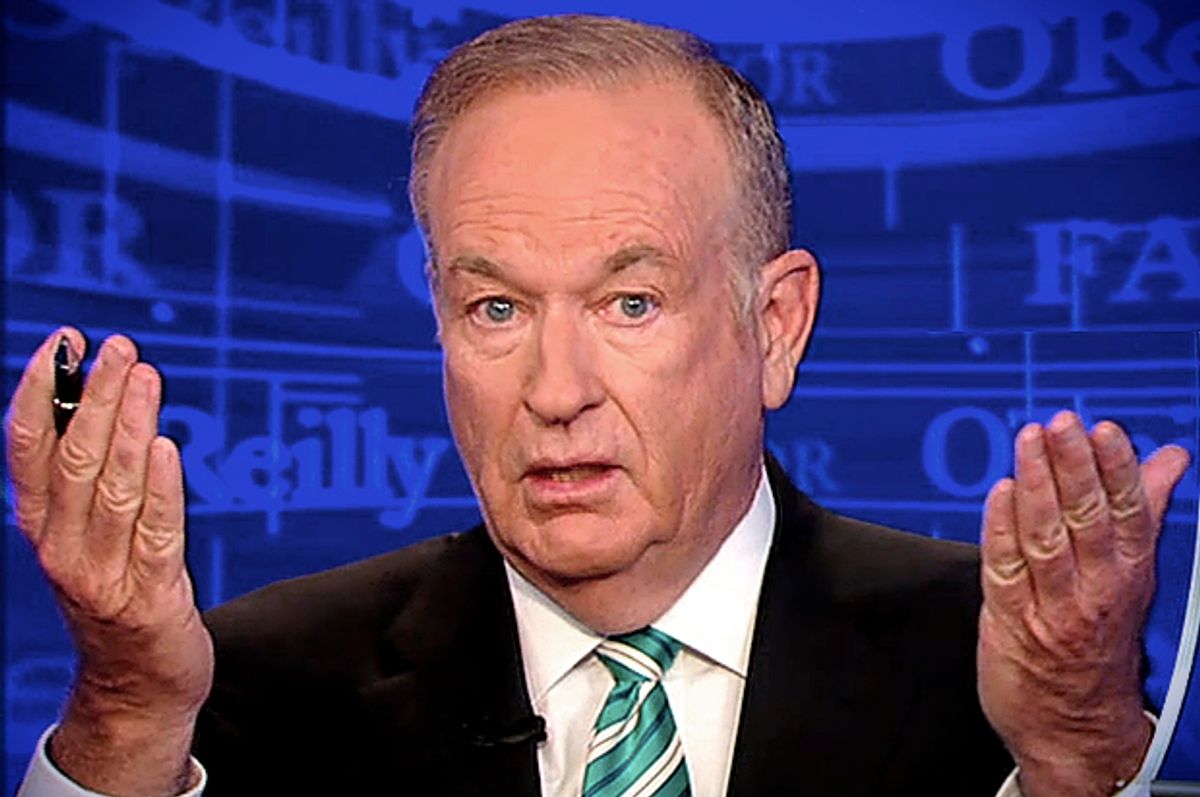 Bill O'Reilly suggested that the solution to America's drug and incarceration epidemic can be found by turning to Singapore's model of capital punishment for drug offenders.

In July 2014, The U.S. Sentencing Commission unanimously voted to retroactively apply more lenient penalties to certain drug offenders. This week, 6,000 federal inmates convicted of such drug crimes were released from detention. Unsurprisingly, with President Obama's increased leadership on criminal justice reform and Fox News' tendency to scapegoat the president on every issue, O'Reilly spent the last two nights of his show blasting the move and railing against liberals for having "sympathy for drug dealers."

"Here's the worst part of President Obama's foolish policy: It sends a message to young people, to drug dealers, to drug users that society doesn't believe this is a dangerous and immoral situation," O'Reilly said on his program Monday evening.

On Tuesday, the Fox News host had a follow-up segment during which he invited "Outnumbered" host Andrea Tantaros to agree with him and a Democratic strategist, Jessica Tarlov, to struggle to be heard.

O'Reilly relied upon the handy some say phrase to argue that the reform is "a racial deal that will put Americans in jeopardy."

O'Reilly called it "outrageous" that President Obama chose to "overlook" the "death, the enslavement, the degradation of people addicted to hard drugs" in order to "sell sympathy for the devil."

"It is wrong. It is morally wrong," O'Reilly argued.

When Tarlov argued that the nation will one day have to deal with the reintegration of inmates who have already served their time, O'Reilly shot back with an anecdote about one felon who had only served 70 months but "should be in jail for life."

"I'll remind you, in Singapore they have no [drug] problem. Why? They hang them. They hang them," O'Reilly offered, referring to a notoriously draconian capital punishment regime.

"OK, but we're obviously not suggesting that as the answer," Tarlov interrupted.

O'Reilly pressed on, clearly not disturbed by his suggestion of capitol punishment for low-level drug offenders: "I don't know. I mean, look, Singapore at one time had the most pernicious opium problem you could possibly have, it destroyed their entire society. So they said, you know what, we're not going to have this anymore. And that's what they did, bingo, no drug problem."