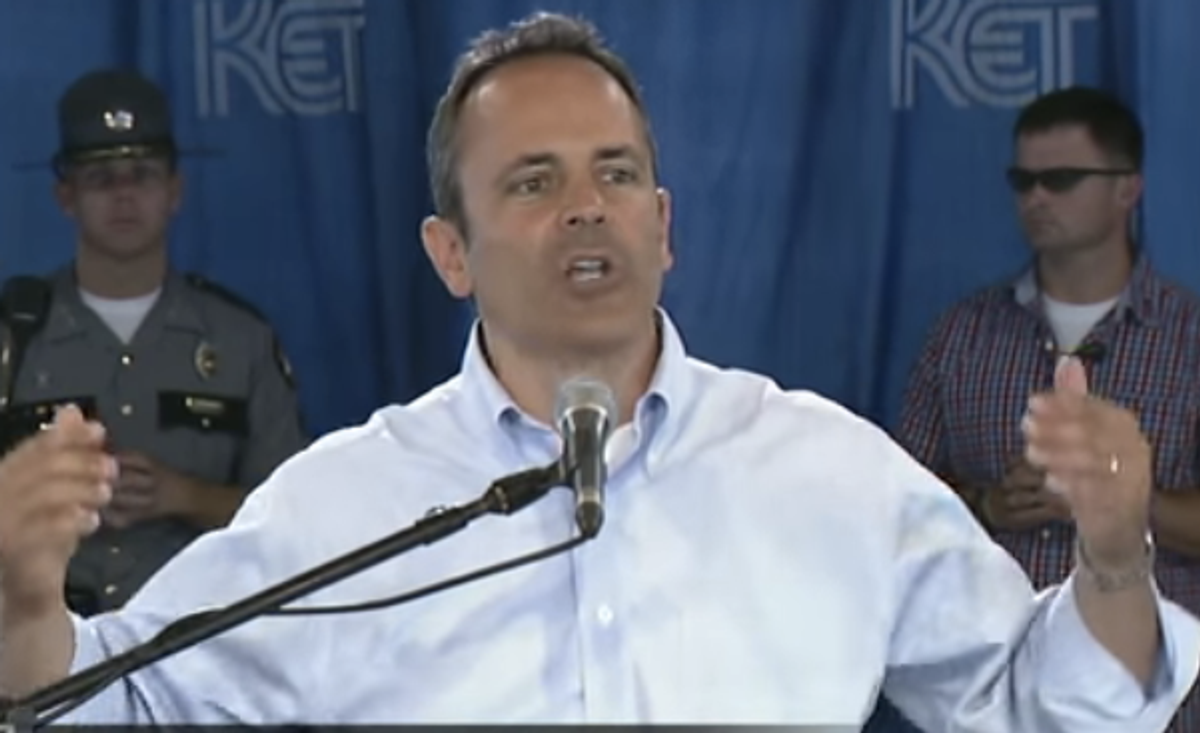 Bevin, an ultraconservative businessman who launched an unsuccessful primary challenge to Senate GOP Leader Mitch McConnell in 2014, promised to roll back the commonwealth's expansion of Medicaid under the Affordable Care Act and dismantle Kentucky's popular health insurance exchange, Kynect. Under Democratic Gov. Steve Beshear, Kentucky was one of the few Southern states to embrace the 2010 health reform law. Conway pledged to continue Beshear's health reform policies.

Polls of the race were few and far between, but generally gave Conway, the commonwealth's attorney general, a slight edge. But with both candidates mired in the low 40s heading into Election Day, the outcome was difficult to predict.

Bevin's victory is the latest sign of Kentucky's drift away from the Democratic Party, which has controlled the governor's mansion for all but four of the last 44 years but has become increasingly unpopular in federal contests. Replicating the strategy McConnell wielded to fend off Democratic opponent Alison Lundergan Grimes last year, Bevin sought to tie Conway to President Obama, whom Appalachian Republicans have accused of waging a "war on coal."