Sarah Palin for debate moderator! If the wingnuts want to pick their questioners, here are some suggestions

Enough with notorious liberals like Bret Baier and Megyn Kelly. It's time for True Conservative moderators! 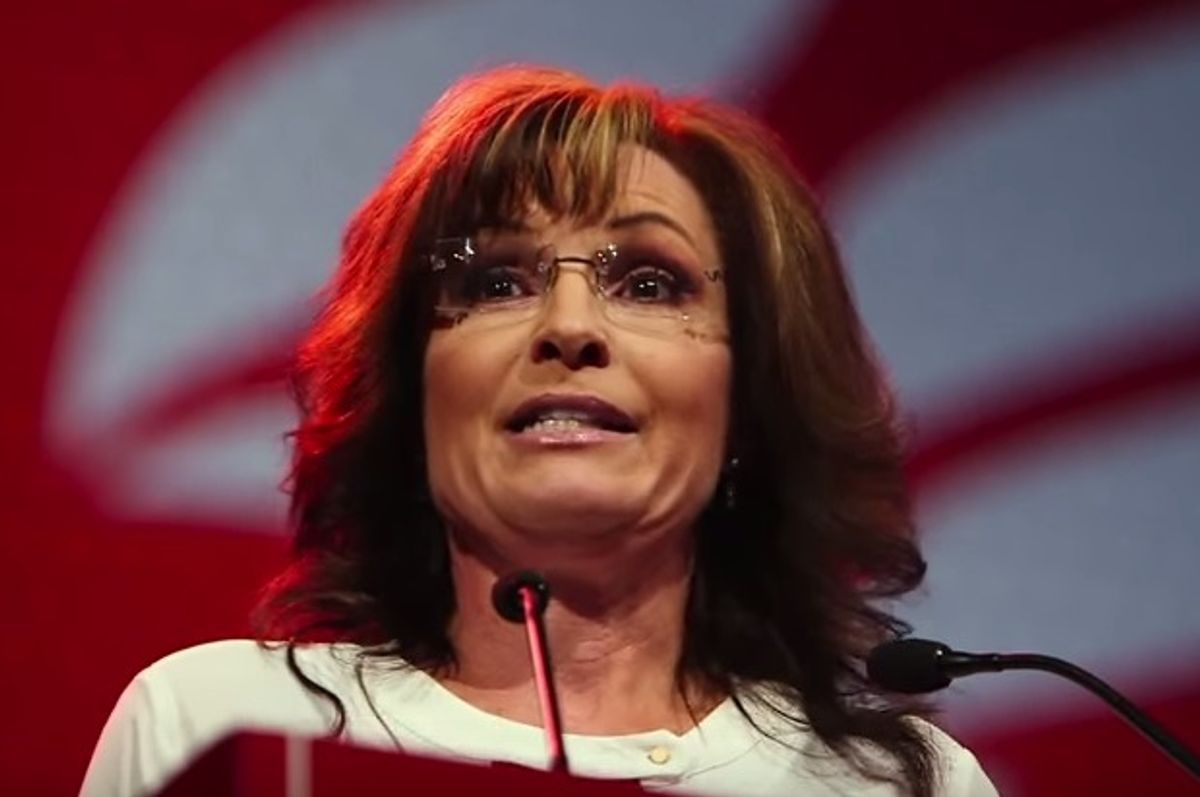 The Republican presidential candidates participating in CNBC’s debate last week were most distressed to find their assumptions about the state of the world challenged by, well, reality. Or at least reality as represented by the known liberals like Rick Santelli who work for CNBC. Now the candidates are banding together to demand that moderators of future debates be reliable conservatives steeped in the same feverish conspiracies and facts from Bizarro Earth that right-wingers just know must be true. And if the libtards who have moderated these first three debates (like, uh, Megyn Kelly and Brett Baier) don’t know that Hillary Clinton is an evil genius who did Benghazi to help Planned Parenthood cover up all its abortions of illegal immigrant babies, then by God the candidates demand moderators who will!

Some of the names the candidates have tossed out as possible ringleaders for future editions of the debate circus include Rush Limbaugh, Sean Hannity and Mark Levin. I personally love this idea, as I have never seen a debate moderated by three actual balls of spittle before. Another name tossed out there is that of Glenn Beck. Finally, a moderator who won’t be afraid to demand to know what each candidate will do about the Tides Foundation, which everyone knows is the greatest threat to democracy since Caesar crossed the Rubicon.

But in case all four of these guys are unavailable due to a sudden onset of sanity, I’d like to offer a few other suggestions I think the candidates should consider.

Sarah Palin – This one seems so obvious I have to think someone has suggested it already. Palin’s proclivity for speaking in word salad that even the most powerful Star Trek universal translator likely couldn’t make sense of is well known. Anything she says would likely be a stream of babble that would trail off into nothing, leaving the candidates free to just opine about whatever talking points they would have spouted even if asked a coherent question.

Curt Schilling – The former baseball great might need something to do after ESPN suspended him for tweeting out memes he seemed to have found on a Stormfront message board. Schilling is a dependable right-winger, at least when there isn’t a state whose treasury he can fleece for $75 million. (But what the heck, that money probably would have just gone to funding Rhode Island schools’ teaching of the pernicious theory of evolution anyway.) A perusal of Schill’s Facebook feed brings you a steady stream of climate-change-denial memes and warnings about Hillary Clinton taking away your guns.

In short, Curt Schilling is just the type of lunkhead who can speak in the code of right-wing paranoiacs who make up the Republican base. Plus as a former athlete, he might be able to give inspirational pep talks before sending the candidates back out into the world to battle evil/shake every hand in every diner between Sioux City and Davenport.

Michael Bay – Mostly so the candidates could all tell him how stoked they are to watch “13 Hours” and listen to him brag that he should be in charge of the next Benghazi investigation.

The Brain – A talking rodent with delusions of grandeur and an overinflated sense of self-worth who is always cooking up schemes to take over the world and always failing in violent but utterly predictable ways due in no small part to his narrow vision about his place in the universe. But he never seems to learn his lesson and always comes right back in the next episode with some scheme just as implausible as the last one. He should really replace the elephant as the GOP’s cartoon mascot, but I’d settle for hearing him ask Marco Rubio about his tax plan in that hilariously pompous voice.

A Tricorn Hat – Wouldn’t actually be able to ask any questions, but as a symbol of the Tea Party, which thought of it as a symbol of the Founding Fathers, it could just sit on a table and swell each candidate’s heart with waves of patriotic fervor every time they look at it. Which seems to be all they want from a moderator anyway.