Watch Donald Trump's youngest fan explain her support: "Only let people that I know into the country" 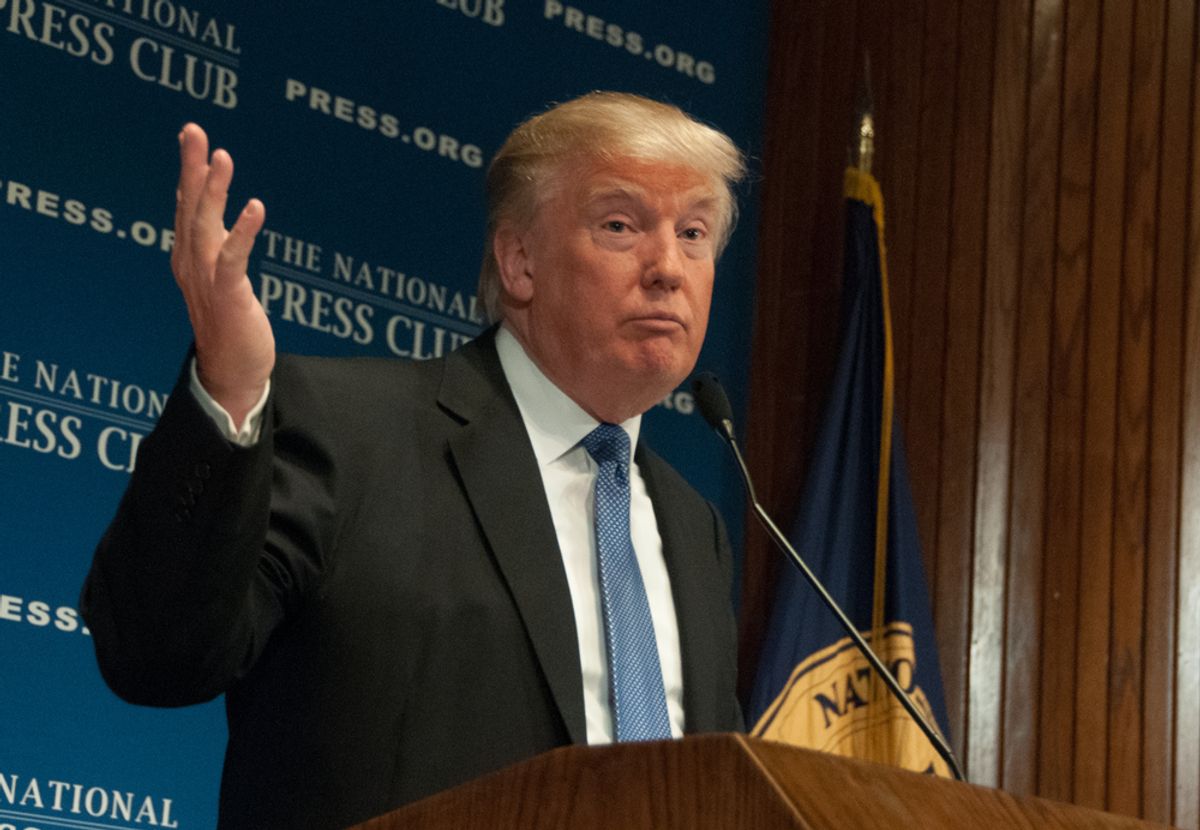 Second grader Averie may be Donald Trump's youngest supporter but as the Daily Beast reported, she spits out talking points about "illegal aliens" and ISIS like Trump's most fervent right-wing supporters.

Outside of Trump's Tuesday promotional stop for his new book, "Crippled America: How to Make America Great Again," mother Renee Paige explained that she took Averie out of school for the today to meet her idol. “She wants to meet Trump so badly.”

Paige, a magician's assistant, traveled with her daughter and best friend from New Jersey to Manhattan see the real estate mogul during his recent book signing, but didn't have to be too pushy about her daughter displaying enough exuberance for Trump's campaign.

“She watches CNN, she watches the debate, and she likes what she sees,” Paige told the Daily Beast, “you can ask her these questions.”

“I like the kind of stuff he says,” Averie said smiling while holding up her homemade “MAKE AMERICA GREAT! DONALD TRUMP” sign.

But when it came time to articulate why she supports the reality TV star's campaign, the second grader was less sure about The Donald's appeal. From the Daily Beast:

“I want him to—what?” she looked up at Dawn, who was coaching her through the questions reporters asked her.

Averie did know, however, that she's no fan of Trump rival Ben Carson because "he's bad."

Unfortunately, Averie and her mother were not able see Trump after arriving late to the book signing (and despite apparent pleas to Fox News' Bo Dietl). Still, both insisted that their trip was not a total waste as Averie had been successful in garnering what she described as “puh…liss…ity" for her favorite candidate.