2nd Amendment fanatics are just this desperate: How wing-nuts with guns are trying to hijack the Constitution

In the same Oregon community that recently suffered a mass shooting, extremists are wailing about the 2nd amendment 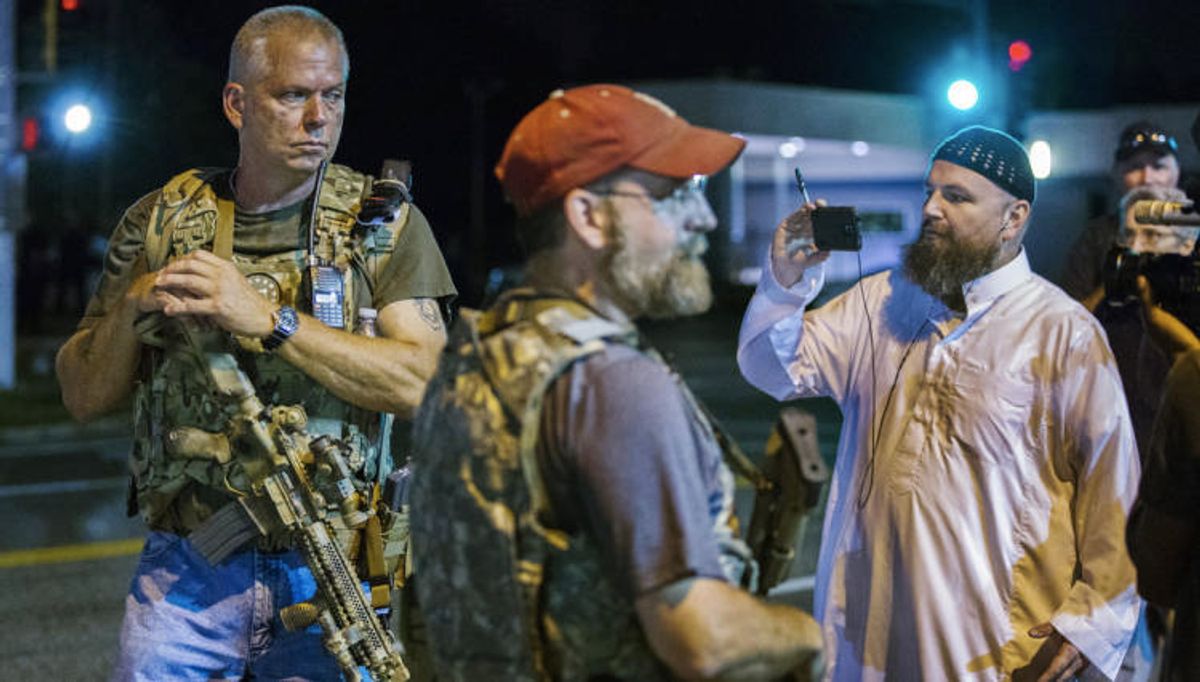 Just a couple of months ago, we witnessed yet another horrific mass shooting, this time in Roseburg, Oregon. A young man with a penchant for guns and a lot of problems went into a community college classroom and started shooting people. We all looked on in shock, as we always do. Gun control leaders and others spoke out, as they always do, and political leaders took to the airwaves to say that this time, finally, this country had reached the limits of its patience. This time, surely, everything would have to change. And inevitably, the very next thought for most people watching was: "If they couldn't do anything about this after Newtown, what makes anyone think they'll do something now?"

But something did happen this time, something we hadn't seen before. In the close knit community of Roseburg, the local gun proliferation advocates stepped up immediately to defend their right to bear arms, even as nine dead bodies, riddled with gunshots, lay in the morgue. When the president came to comfort the families, this is what greeted him. 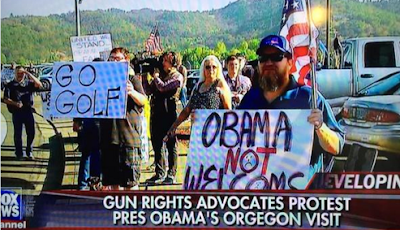 As the story unfolded, it was revealed that the local sheriff John Hanlin's Facebook page featured a notorious conspiracy video suggesting that the government staged the Sandy Hook massacre. He wrote beneath the video, "This makes me wonder who we can trust anymore ... watch, listen and keep an open mind." Hanlin, like a number of sheriffs around the country, had also written a letter two years before to Vice President Joe Biden saying he would never comply with any gun control law coming from the Obama administration. After the mass shooting in his own jurisdiction, he told the press that he didn't believe the conspiracy video but made it quite clear that he had not changed his mind on gun control.

The wording of Hanlin's letter suggested that he was affiliated with a group of sheriffs around the nation who had pledged to "oppose and disallow" any federal moves to regulate guns in the wake of Newtown. This group was led by a famous ex-sheriff by the name of Richard Mack who had been associated with the NRA and the gun rights movement since the '90s. Mack had recently formed a group called the Constitutional Sheriffs and Peace Officers Association (CSPOA) composed of law enforcement officers who see the group as “the one who can say to the feds, ‘Beyond these bounds you shall not pass.’”

Up until now, this phenomenon was about law enforcement officers openly refusing to enforce federal laws with which they disagree. Indeed, another Oregon Sheriff (and something of a gun rights celebrity) by the name of Tim Mueller also wrote a letter to Vice President Biden and stated explicitly:

"Any federal regulation enacted by Congress or by executive order of the President offending the constitutional rights of my citizens shall not be enforced by me or my deputies. I refuse to participate, or stand idly by, while my citizens are turned into criminals due to the unconstitutional actions of misguided politicians.”

You'll note that his refusal to enforce federal law wasn't confined to the 2nd Amendment.

But it appears the movement is no longer confined to federal matters. People are deciding that these sheriffs have the right to reject state laws with which they disagree as well. Just this week, Coos County Oregon passed a measure which allows the sheriff to refuse to enforce both state and federal gun laws he believes are unconstitutional. It also stipulates that no money or resources may be used to enforce the state's newly expanded background checks. This county neighbors Roseburg. The measure passed with 60 percent of the vote. It is the third Oregon county to pass such a measure.

And yet, it turns out that after first supporting the ordinance, the Sheriff of Coos County Oregon decided he wasn't all that keen on being asked to become a constitutional scholar. He told the Oregonian that he was a strong supporter of gun rights but that he was concerned his constitutional interpretations would be subject to legal challenge. It's unclear whether the people who are proposing these laws still acknowledge the role of the courts in these matters, but it's not a stretch to assume it all depends on whether they approve of their rulings.

At this point this remains more or less a symbolic issue. Most law enforcement officers in the country rightly see these groups as radically undermining the rule of law. Some have spoken out publicly saying that it would be anarchy if local law enforcement took it upon themselves to decide which laws they are going to enforce. And unsurprisingly, those sheriffs who speak out or refuse to align with the CSPOA are being tracked by that organization -- on what they fatuously call a "Red Coat List."

“As sheriffs and peace officers across the nation have risen up to defend the rights of the people … others have gone on the offensive, attempting to undermine the power of the sheriff in any way they can. Thus we present to you the list of red coats … because they are coming.”

These CSPOA members are law enforcement officers, not weekend warriors playing soldier in a militia. Their office grants them a tremendous amount of power and responsibility.  But there is absolutely no legal basis for their claim that they have the right to interpret the constitution. That document they purport to revere and defend explicitly established the process by which laws are to be interpreted -- through courts that decide which statutes violate its provisions.

By deciding for themselves which laws they will choose to enforce -- for whatever reason -- they are actually violating the oath they claim to be upholding.