"Fantastic Beasts" producer dismisses criticism of his all-white leads: "There are people of color filling this world in an organic way"

All the principals in the new "Harry Potter" prequel are white, though J.K. Rowling says not all the characters are 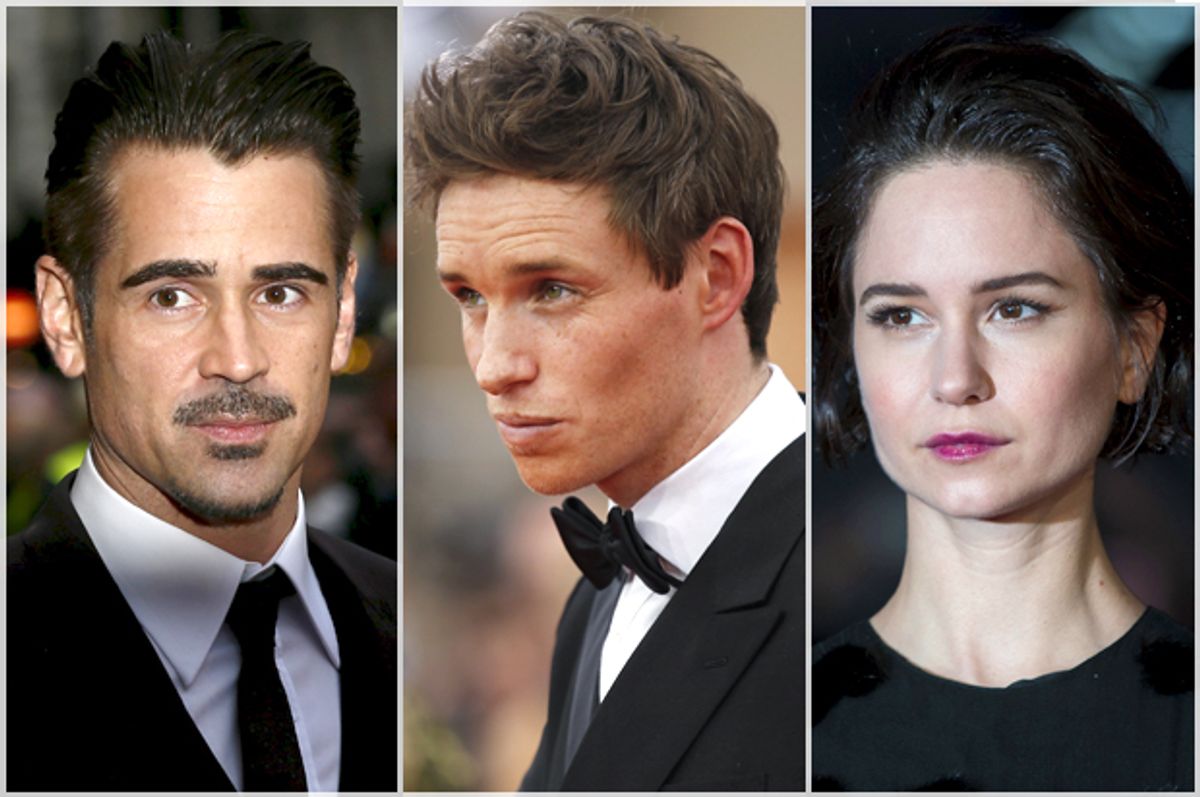 The forthcoming “Harry Potter” prequel “Fantastic Beasts and Where to Find Them” doesn’t come out until next year, but it is already receiving criticism for the lack of diversity among the principal cast (lead actors Eddie Redmayne, Colin Farrell, Katherine Waterston, Alison Sudol and Ron Perlman are all white).

As part of Entertainment Weekly's package about the film, executive producer David Heyman spoke to the magazine about these criticisms, which also dogged the Harry Potter franchise. The EW story characterizes the backlash as "ironic, because 'Fantastic Beasts' is actually a story about acceptance."

“Like all of Jo Rowling’s works, ['Fantastic Beasts'] is populated with a variety of people and that will be the same in this series over the course of the films,” Heyman explained.

“There will be people of various types of ethnicities," he continued. "In New York in the 1920s, there was a segregation between white and black, the neighborhoods were largely separate, and that is reflected in [the film]. But the wizarding world is a much more open and tolerant society where people of color and different ethnic backgrounds exist harmoniously together. There are people of color filling this world in an organic way.”

J.K. Rowling also responded to the criticisms on Twitter a little more succinctly a while back.

Apart from the EW spread, most details about the film have been kept under wraps, so perhaps this is much ado about nothing and there are lots of diverse supporting characters in the film. But given that the film is about a group of Wizarding world outcasts in 1920s America who are subject to persecution and discrimination by non-Wizards, it’s disappointing that the filmmakers opted to make all the principal characters white, while people of color are left to fill in the background “organically.”

Heyman’s appeal to historical housing segregation patterns might make more sense if this was a period film and not a movie about goddamn wizards, where presumably all sorts of magical events might occur, like an actor of color — or even more than one! — being tapped to star in the latest installment of this beloved blockbuster franchise. Is there a spell we could cast for that?

Fantastic Beasts And Where To Find Them Harry Potter