"It was propaganda!" Larry Wilmore unloads on everything Texas

Everything is bigger there -- especially fear, discrimination and stupidity 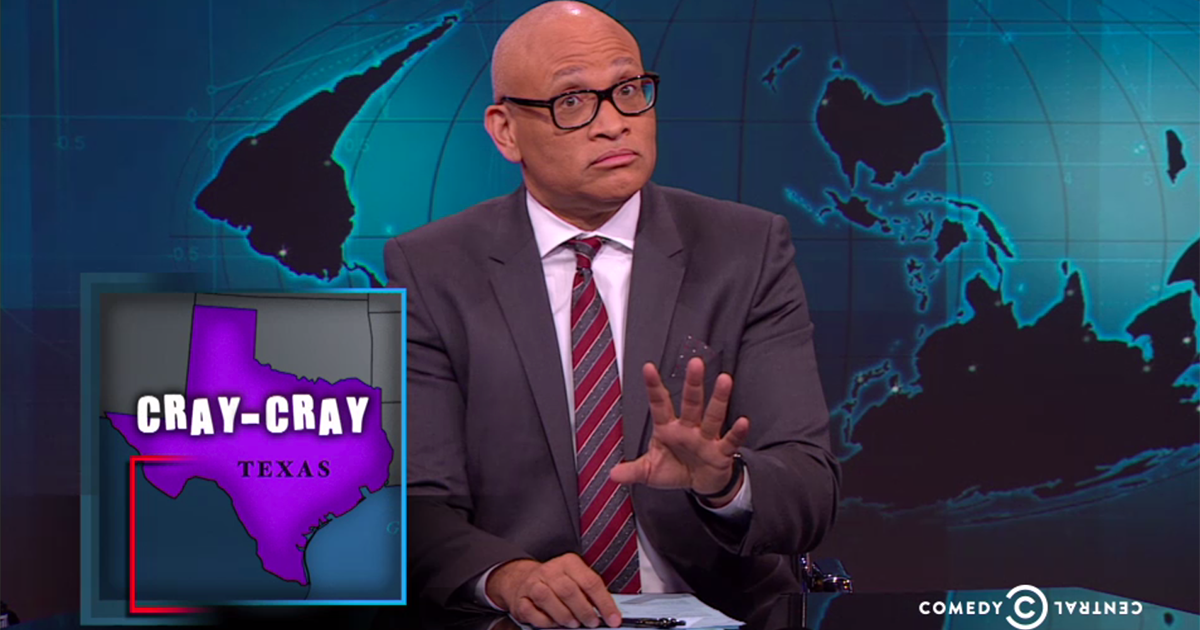 Larry Wilmore wasn't excited about the elections on Tuesday night. On Wednesday's "Nightly Show," the comedian talked about the recent ballot initiatives, "which, if you're like 95 percent of America, you're just finding out about."

In Ohio, there was a pot legalization ordinance on the ballot but Wilmore thinks that it's probably a good idea that Ohio stay sober for the 2016 presidential race. "Ohio is always the one state that determines the president, right? So, I feel like they should keep a clear head."

High "Nightly Show" correspondents Mike Yard and Ricky Valez attempted to explain why the ordinance wasn't the best way to legalize weed in the state. Yard said the initiative only allowed 10 companies to sell marijuana. "People want to get their weed from their shady dealers, not some shady corporate suit," Valez said. Yard claimed that corporate weed makes you say "Yes, sir! I'll eat a whole bag of Funyuns and watch anime. Right away, sir... It squashes out the mom and pop weed, Larry."

In Texas, which Wilmore has already deemed the "Cray-Cray" state, a ballot initiative aimed to help stop discrimination for LGBT people also failed to pass. The bill sought to prevent housing and employment discrimination for all people based on everything including sexual orientation, gender identity and even genetic information. Instead of talking about housing and employment, however, opponents ran ads that Wilmore said literally scared the poop out of some people. The ads made it seem like male sexual preditors were suddenly going to be allowed to use the bathroom with little girls.

Wilmore said the bill wasn't about what the ads were trying to scare you with, "it wasn't even about gender, this bill protected a Muslim woman from being fired for wearing a burka to the office... This bill had nothing to do with bathrooms! It was propaganda to distract from the real issue about discrimination!" If only he'd said that before Tuesday...

"Nightly Show" contributor Grace Parra explained that everything is bigger in Texas, "especially the fear of progress."