The creator unmasked herself yesterday, saying she feels her work is done 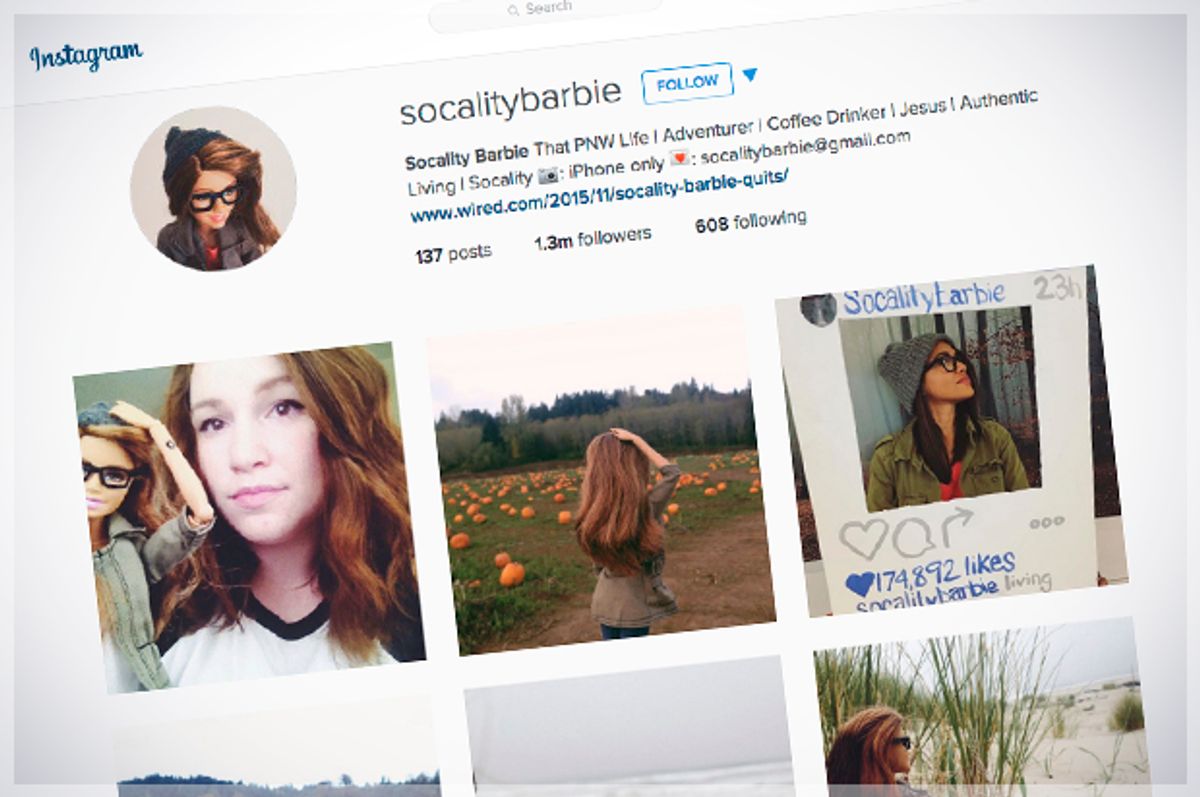 During her almost six month run, Socality Barbie lampooned the tropes of the perfectly-curated millennial hipster Instagram account that most of us (Hillary Clinton included) have fallen prey to: Shoes in fall foliage, an ice-cream cone held up against a wall, tiny copies of Kinfolk magazine next to beautifully-foamed lattes. But now SB is hanging up her photogenic (and expensive) hiking boots for the last time.

On Wednesday, the account’s creator, Darby Cisneros, unmasked herself in a final post, saying that she feels that she has accomplished far more than she set out to initially.

"I started SB as a way to poke fun at all the Instagram trends that I thought were ridiculous,” she wrote. “ Never in 1 million years did I think it would receive the amount of attention that it did but because of that it has open the door to a lot of great discussions like: how we choose to present ourselves online, the insane lengths many of us go to to reate the perfect Instagram life, and calling into question our authenticity and motives. It's been a blast running this account but I believe SB's work here is done.​“

Earlier this week, another Instagram star — 19-year-old Essena O’Neill — spoke out about the struggles she underwent in order to maintain her online image, deleting thousands of images and re-captioning others to describe the torturous effort that went into getting those perfect selfies and bikini shots.

"[Social media] is contrived images and edited clips ranked against each other,” she wrote. “It’s a system based on social approval, likes, validation, in views, success in followers. it's perfectly orchestrated self-absorbed judgement.”​

While some are now questioning the veracity of O’Neill's story, the flurry of conversation her defection inspired suggests that there is much more conversation to be had about the damaging effects, particularly for young women, of living an #authentic life online.