Hillary Clinton shocker: If I were running against Bill, I'd kick his a** 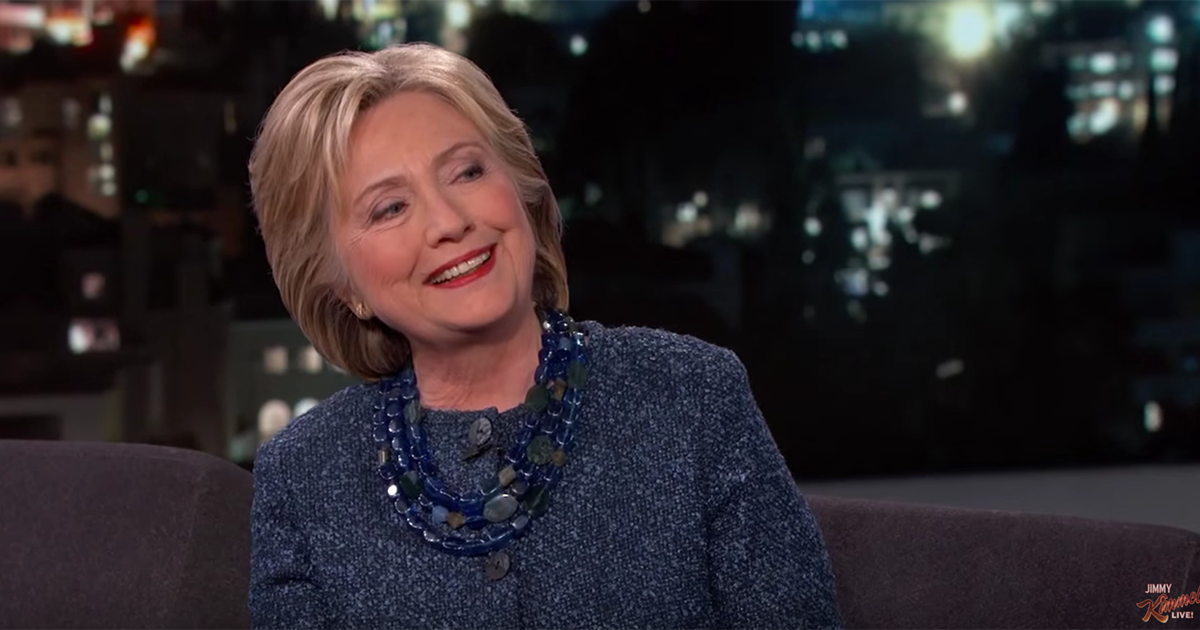 After a truly adorable kids focus group with Hillary Clinton Thursday night, "Jimmy Kimmel Live" sat down to ask Clinton some real questions, at least the few questions left that no one else in late night has been able to ask yet.

"I know you’ve done all the late-night shows — I want to thank you for doing us last," Kimmel told Clinton. "When was the last time you’ve been good and hammered?" Perhaps, leaving Kimmel for last wasn't the best idea after all. But Clinton said she gets up far too early to get wasted.

"Do you feel at all sorry for Jeb Bush?" Kimmel asked.

"He’s a very accomplished man. He’s out there making his case," Clinton said politely refusing to poke fun at the disastrous campaign that has become the butt of late night's jokes. "Running for president is really hard, and some days are better than other days." She refrained from telling the audience Bush's best days are still ahead.

"When he came out with a slogan like ‘Jeb Can Fix It’ did you guys … die laughing?" Kimmel asked.

"Look, it's really hard to do this," she said, refusing to take the bait. "People’s campaigns change. … He’s obviously trying to relate [to voters]."

"It sounds like he’s running a handyman business," Kimmel joked begging Clinton for a comedy bone. But it turned out she took the high road.

"Maybe they should put a number on the side of the bus that people could call," Clinton suggested. It would certainly help make the campaign some much needed cash. If he can fix your plumbing, he can fix Congress!

She went on to say that if Bill Clinton had the opportunity to run again he absolutely would, but he couldn't make it past her. "If I were going to run against him, would I win? Yeah," she told Kimmel.

When Kimmel asked Clinton about attending Trump's wedding, photos the right has now made famous attempting to call out Trump on his Democratic leanings, Clinton said she represented him in the Senate. Naturally she had to go to his wedding? When Kimmel asked if she brought him a gift she channeled her inner Trump to say her attendance was the gift.

Clinton did say she's likely to watch him this weekend on "Saturday Night Live" because "I think he watched me." He did. Live tweeted it too.

Check out the rest of the interview here:

That awkward time a White House operator hung up on her:

Clinton on a really busy day: