GOP candidates bitch and moan about a press out to get their party, like the run-up to the Iraq War never happened 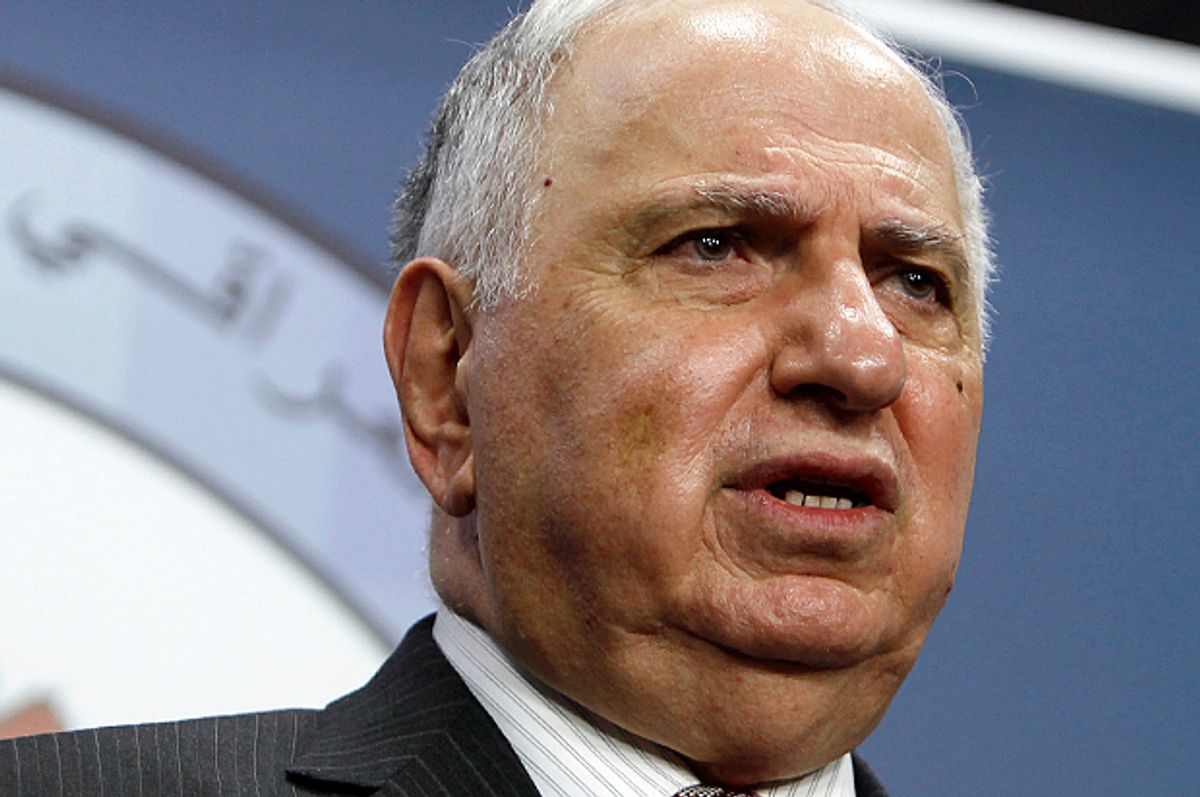 This article originally appeared on Media

Like lawn signs and pep rallies, the return of conservative cries about liberal media bias in recent days represents something of a campaign tradition. Sparked by outrage over CNBC's handling of the Republican primary debate, the condemnations came raining down.

The latest caterwauling has certainly been more pronounced and better organized than the typical bouts of complaining about how journalists are supposedly working in conjunction with the Democratic Party to torpedo the GOP. All of which comes as news to Hillary Clinton, I'm sure.

Republicans have been using the liberal bias claim as a battering ram for 50 years. (Sen. Barry Goldwater in April, 1964: "Republicans generally do not get good press.") And mainstream journalists often echo the allegation, the way Bloomberg's Mark Halperin did this week: "There's huge liberal media bias."

But do you notice how the liberal media allegation is usually wrapped in hazy ambiguity, and the way conservatives have such a hard time pointing to concrete evidence of media malice? Even in the wake of the CNBC debate, an event allegedly so lopsided and unfair that it ignited a movement meltdown, most conservative critics were reduced to complaining that the "tone" of the debate questions were too mean, and that moderators didn't show enough respect.

In truth, the CNBC debate questions were quite substantive and I didn't see any individual queries that clearly reeked of bias. On the flip side, proving it's a conservative fantasy that the Beltway press adheres to a liberal agenda remains a very simple task.

The Iraq War and the media's lapdog, obedient performance during the run-up to America's pre-emptive invasion effectively demolishes claims of liberal media bias simply because so many journalists teamed up with the Republican White House to help sponsor the disastrous war. At a time of heightened patriotic fervor, the national press played a central role in helping to sell a war to the public.

The performance represented a collective fiasco and should have been the spike through the heart of the liberal bias claim.

As Washington Post ombudsman Michael Getler wrote, the Beltway media performance in 2002 and 2003 likely represented an historic failure. "How did a country on the leading edge of the information age get this so wrong and express so little skepticism and challenge?" asked Getler. "How did an entire system of government and a free press set out on a search for something and fail to notice, or even warn us in a timely or prominent way, that it wasn't or might not be there?"

And just last year the Times' public editor, Margaret Sullivan, reminded readers, "The lead-up to the war in Iraq in 2003 was not The Times's finest hour."

That's an understatement. Which brings us back to the CNBC debate controversy and the Iraq connection.

At first, the correlation might have been difficult to see: Bush leading America into a costly war in 2003 and Republican complaining about the "liberal media" in 2015. Then on Monday came the news of Chalabi's death and suddenly a connection became easier to recognize.

Who was Ahmed Chalabi? The influential Iraqi politician reportedly served as the main source of bogus information that former Times reporter Judith Miller used in her thoroughly discredited work about Iraq's supposedly brimming stockpile of weapons of mass destruction. It was Chalabi who wove Saddam Hussein fiction and it was Miller who gave it the Times stamp approval as the paper did its part to lead the nation to war. (Miller is now a Fox News contributor.)

Here's how a former CIA analyst described the closed loop that existed between Miller, Chalabi and the Bush White House:

Chalabi is providing the Bush people with the information they need to support their political objectives with Iraq, and he is supplying the same material to Judy Miller. Chalabi tips her on something and then she goes to the White House, which has already heard the same thing from Chalabi, and she gets it corroborated by some insider she always describes as a 'senior administration official.' She also got the Pentagon to confirm things for her, which made sense, since they were working so closely with Chalabi.

"According to half a dozen sources within the Times, Raines wanted to prove once and for all that he wasn't editing the paper in a way that betrayed his liberal beliefs," wrote Seth Mnookin in his 2004 Times exposé, Hard News. Mnookin quoted Doug Frantz, the former investigative editor of the Times, who recalled how "Howell Raines was eager to have articles that supported the warmongering out of Washington. He discouraged pieces that were at odds with the administration's position on Iraq's supposed weapons of mass destruction and alleged links of al-Qaeda."

Asking debate questions that aren't sufficiently polite in tone, or helping to sell a disastrous, $3 trillion war. You tell me which media offense is more egregious.