"They think that they have nothing more to lose": Young Palestinians on the frustration and oppression fueling the current wave of protests in Israel 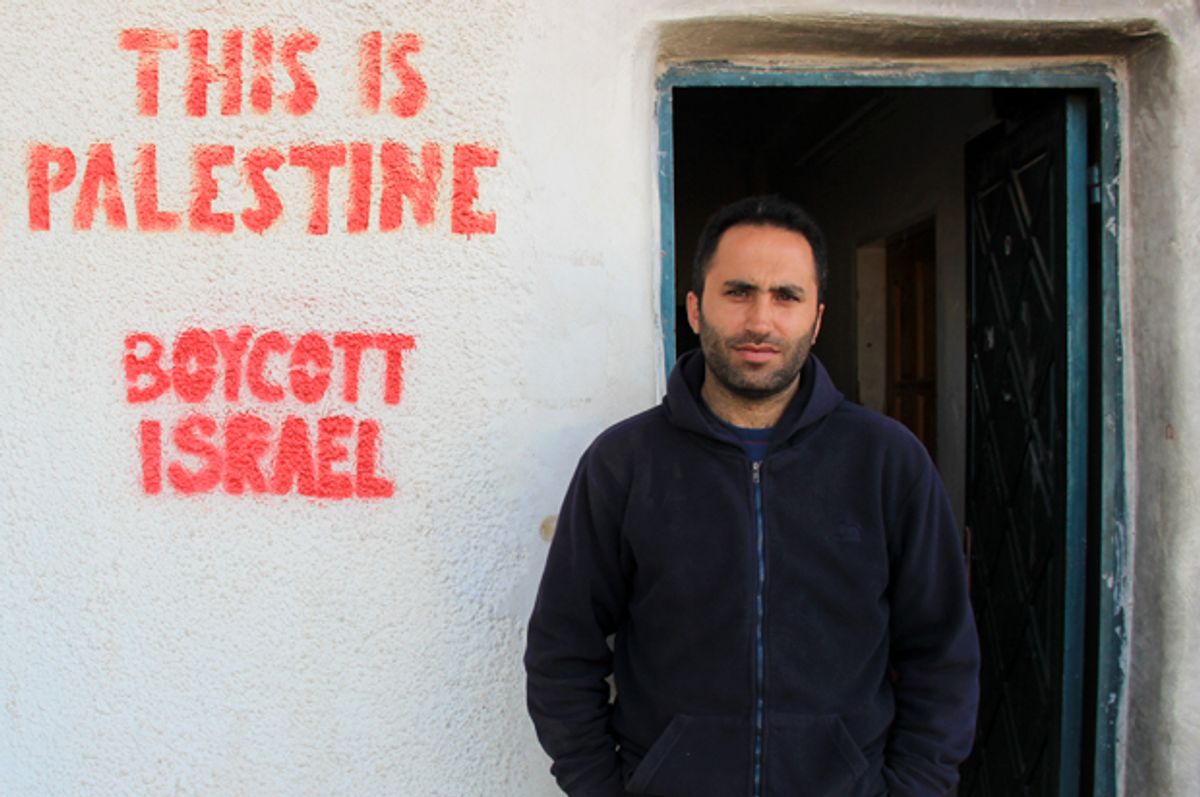 Since the beginning of October, 65 Palestinians (14 of them children) and 11 Israelis have been killed in protests and violence sparked by frustration over Israel’s nearly half-century-old military rule over Palestinians in the occupied territories and growing provocations by messianic Jewish extremists in the Noble Sanctuary mosque complex in occupied East Jerusalem, known as the Temple Mount to Jews.

As Palestinian youth have been driving the current protests independent of any political direction, I reached out to several young Palestinians, including citizens of Israel and ones living under Israeli occupation in East Jerusalem, the West Bank and Gaza, in order to gain a better understanding of what’s going on and what the future might hold. These young women and men came of age during the era of the Oslo Accords and the U.S.-managed “peace process,” which held so much promise on the surface but which entrenched Israel’s brutal, discriminatory occupation regime and illegal settlement enterprise rather than rolling them back.

Since Prime Minister Benjamin Netanyahu’s return to power in 2009 the situation for Palestinians, both inside Israel and in the occupied territories, has continued to deteriorate, as Israeli society has drifted further and further to the extreme right and Israel’s government has become increasingly dominated not only by virulent racists and settlers, but by members of the radical Temple Mount movement, which threatens to turn what has always been a political conflict into a major religious conflagration. It is in this context that these young Palestinians have grown up and must attempt to survive.

Describing this new generation of Palestinians to me recently, human rights activist and co-founder of the boycott, divestment, and sanctions (BDS) movement Omar Barghouti explained, “The current shaking off of Israel’s chains, almost entirely led by groups of very young men and women, has its roots in decades of popular Palestinian resistance to Israel's regime of occupation, settler-colonialism and apartheid. Its immediate objective is putting a stop to Israel’s crusade to take over what is left of occupied Jerusalem, especially the Old City and its holy sites. A new generation of Palestinians is not just carrying on the struggle for self-determination and liberation of the land; it is crucially decolonizing minds as well, expressing an inextinguishable aspiration for freedom, justice and dignity.”

What is causing the current protests in the occupied territories?

Amany Khalifa, organizer with Grassroots Jerusalem based in occupied Jerusalem: “Oppression, occupation, lack of Palestinian leadership and a myth from the international community called ‘development and economic growth.’ Palestinians do not have faith in outside help anymore. They have been left by themselves to face all the policies that have been implemented by the occupation authorities with support from the international community as well as the Palestinian Authority. It is interesting to see the range of ages going out protesting in the street. We refer to this generation as the ‘Oslo generation’ since all of them were born in the 1990s and have lived their whole lives under the Oslo Accords. This generation in particular is saying, enough, we are not willing to accept this reality anymore.”

Issa Amro, human rights activist with Youth Against Settlements in Hebron in the occupied West Bank: “Violence and provocations by settlers who are invading the Dome of the Rock [Noble Sanctuary mosque complex in occupied East Jerusalem], occupation forces’ violence against Palestinian women in Jerusalem, checkpoints, and no vision for peace from a right-wing Israeli government, which continues to build more and more settlements.”

Lara Aburamadan, photographer and journalist based in Gaza City, in occupied Gaza: “These protests are a result of the occupation's actions and humiliations towards people in Jerusalem and other parts of Palestine, including Gaza. Gazan youths are suffering terribly from the bad conditions they’re forced to live under. They're unemployed, stuck in Gaza and unable to travel, and many of them have lost family members and had their homes destroyed by Israeli attacks. They think that they have nothing more to lose.”

Minem Marouf, human rights activist and Palestinian citizen of Israel who lives in Haifa: “On the wider scope, five decades of brutal military occupation. I will leave the legal and political terminology and describe it the way I have witnessed it: Nonstop, systematic land theft, and humiliation of the indigenous Palestinian population through denial of self-expression and self-determination. Where there is occupation and infringement of human rights and dignity, there will always be resistance, be it violent or peaceful. The only difference this time is that it comes after six years of an extreme right-wing rule in Israel. One that is dominated by leaders of criminal settler groups. This is translated in the accelerated building of illegal settlements, increased settler violence against Palestinians and extreme incitement against non-Jews by Israeli political and religious leaders. The latter reflects the fact that public expressions of hate towards Palestinians, African asylum seekers and ‘leftist’ critics of the state policies have become mainstream in Israel (social media is saturated with examples). The Palestinian kids who have taken to the streets in protest of this life of dire oppression have never experienced a different reality.”

How would you describe what it is like living under Israeli military occupation and/or as a Palestinian citizen of Israel?

Issa Amro: “Occupation means inequality, violence, oppression, intimidation and no future. It is an apartheid system with discrimination, humiliation, injustice and racism. You don’t have any rights. You never feel safe. I am restricted in everything. You feel sometimes that your life is not important and very cheap. It is a very bad feeling.”

Mariam Barghouti, Palestinian blogger and student pursuing a degree in English literature and linguistics at Birzeit University in the occupied West Bank: “To live under occupation is to have your entire existence denied, like a slow asphyxiation under the pretext of ‘self-defense.’ From the checkpoints, to the night raids and unlawful arrests Israel has been trying to assert its power on the Palestinian people in order to suppress any form of resistance to its occupation. It’s a very harsh reality masked under illegitimate laws in order to justify [human rights] violations towards Palestinians”

Lara Aburamadan: “Living in Gaza under occupation is different than the West Bank, because we don't see the soldiers, we only see and hear their drones and warplanes. We are living under Israeli siege and they control everything. It's like a big prison. Especially after three Israeli wars, the situation in all aspects has become extremely complicated and people are fed up.”

Najwan Berekdar, Palestinian citizen of Israel and human rights activist: “Life for me as a Palestinian citizen of Israel is full of daily struggles. There is a saying in Arabic: ‘smell but don’t taste,’ and that’s how life is here. We live in historic Palestine with all its beauty, we can move a bit more freely than Palestinian West Bankers or Jerusalemites, yet we can’t really reclaim it. We can express our opinions freely regarding anything not political, yet we can’t freely express grief and solidarity with Palestinians in the occupied territories without the threat of being fired or jailed. We can talk in Arabic freely, yet must tolerate the stares or remarks, and sometimes even attacks, when we do. If you act docile you won’t get in trouble, but if you or your friend or neighbor decide to resist their oppression, complain or criticize you will be punished. A Palestinian in Israel is always guilty until proven innocent.”

Minem Marouf: “As a Palestinian citizen of Israel I would divide my reality into two layers: first, not being Jewish in a system of privileges built for Jews only. I’m denied the basic right of being represented by the symbols of my state (despite being indigenous to it). Any Jewish person who decides to come here will immediately get rights and benefits from the state that I will never get, and non-Jewish communities receive much less funding. Second, being Palestinian means being the target of institutional and public incitement against my mere existence. Commonly referred to as ‘demographic threat,’ ‘fifth column’ and all sorts of wildlife creatures.

“I’m denied choice in what would seem as untouchable rights, such as marrying a Palestinian from outside [Israel’s pre-1967] borders. Ninety-three percent of the land is owned by the governmental land authority, on the board of which there is a dominant representation of the Jewish National Fund, which also systematically discriminates against non-Jewish citizens. The majority of private lands confiscated by the state inside Israel’s pre-1967 borders belong to Palestinian owners, a list which I will soon be joining. Lately, as a result of the escalation in incitement against Palestinians, I risk being shot dead by security forces or armed Zionist fundamentalists for speaking Arabic and/or simply ‘looking Arab’ in a public space.”

What are your hopes and dreams for the future?

Issa Amro: “My hope is to end Israel’s occupation, to make the occupation forces and settlers accountable for their crimes, realize our right to self-determination, and to live in a democratic state with justice and equality, without racism and apartheid. I dream not to suffer more and to study and do social work.”

Amany Khalifa: “I hope Palestinians will create alternatives for the corrupt local leadership and dismantle the Palestinian Authority. I hope to see an organized popular uprising take place in all of the occupied Palestinian territories, liberating Palestinian land. Maybe it won't happen soon, but there will be a day when refugees will return and our land will be liberated from Zionism.

Lara Aburamadan: “I hope that I will be able to travel and have the same rights of movement as a normal human being, and I hope not to witness a new war on Gaza in the future.”

Minem Marouf: “They are very simple. I wish to live in my homeland with full human rights, dignity and equal opportunity to prosper. With all that is happening, I still believe that this future is possible. I don’t see it contradicting with the right of the Jewish people for the same kind of life on this land. I acknowledge the history of persecution that many of my fellow Jewish citizens have came from, but there is no logic in creating a safe haven for a people on the expense of another. ‘Living by the sword’ forever as Netanyahu recently put it, does not sound like the kind of reality anyone should put up with.

"Not long ago, apartheid South Africa was made history to the benefit of all South Africans through the use of boycott, divestment and sanctions. This popular, democratic and effective activism has been the main source of hope of Palestinians under brutal Israeli occupation. The same reason why Israel and its allies are fighting the BDS movement so strenuously."

Najwan Berekdar: “To witness Palestinians experiencing a normal, joyful, safe life. To see kids in playgrounds playing normal games rather than ‘Release the Hostage.’ To see Palestinians traveling freely without a problem and enjoying their land and olive trees without worrying about a settler attacking them or stealing or burning their trees. Palestinians being able to love and live together without the threat of Israel withdrawing their residency or denying them their other rights. Palestinians being treated with decency rather than dying at checkpoints. I want a life without martyrs and violence and divisions, a life where I can visit everyone and everyone can visit me. A life where my choices depend on my will and strength and not on the occupation. This life will only exist if the international community fully supports the boycott, divestment and sanctions movement, thus changing Israeli discriminatory policies and ending the occupation, and hopefully one day achieving the right of return for Palestinians forced to live in the diaspora.”