How else do you explain "Captain Carnival Barker" (Donald Trump) and "Sleepy McCrazy-Pants" (Ben Carson)? 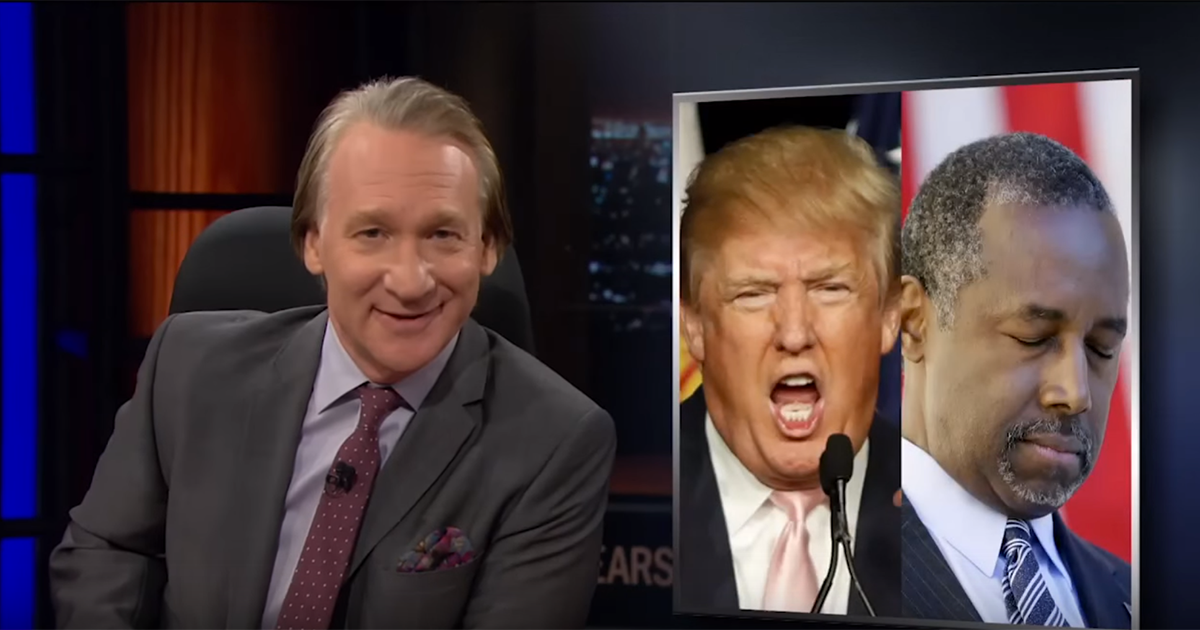 Comedian Bill Maher nailed it on Friday night's "Real Time" in his monologue about Ben Carson. Following jokes about Donald Trump and Jeb Bush, Maher had the ultimate burn when he said, "If neurosurgeon Dr. Ben Carson really believes that somebody with zero governing experience is qualified to be president, he must first let someone with zero medical training operate on his brain."

Carson has long reiterated he's not a politician, which should set him apart from many other candidates running for the 2016 nomination. In a January 2015 interview with Fox News, Carson said, "I do make it clear that I'm not a politician and that I never intend to become a politician." Don't worry, no one would mistake you for it.

Maher said that if there's one thing this election has shown us it is that amateur is the new black. "If there's one thing republicans can agree on, it's that the less the head of our government knows about government the better," Maher said. Perhaps this comes from their secret hatred of government and the desire to reduce the government as much as possible. How else to get someone on the side of smaller government than to make the public agree that a leader they just elected is a moron. Oh, if only they were that smart. "Experience? Republicans avoid that stuff like a gay son!" Maher declared.

This perfectly explains the GOP's two leading candidates who Maher calls "Captain Carnival Barker" aka Donald Trump and "Sleepy McCrazy-Pants" aka Ben Carson. Yes, that Ben Carson, "who says that the Ayatollah Khamenei and Vladimir Putin went to college together? Which no one can even find a source for, except, perhaps, Ambien."

This is the GOP frontrunner now? Maher isn't surprised. "Because 85% of Iowa Republicans say they find the total lack of government experience to be his biggest selling point. But if their kid needed brain surgery, would they say 'forget Ben Carson. He's a brain surgery insider.'" Maybe that's why the Iowa Caucus doesn't matter anymore—just ask Rick Santorum and Mike Huckabee who never became the party's nominee.

Maher wondered where else in life does anyone apply the thinking that people who don't understand government should be the ones that run it? A plumber? No... "The shit's about to back up in here, what we need is an outsider," he joked.