"Squeeze got a bit complacent in the '90s before we split up": Glenn Tilbrook opens up about the past and future of the legendary new wave band 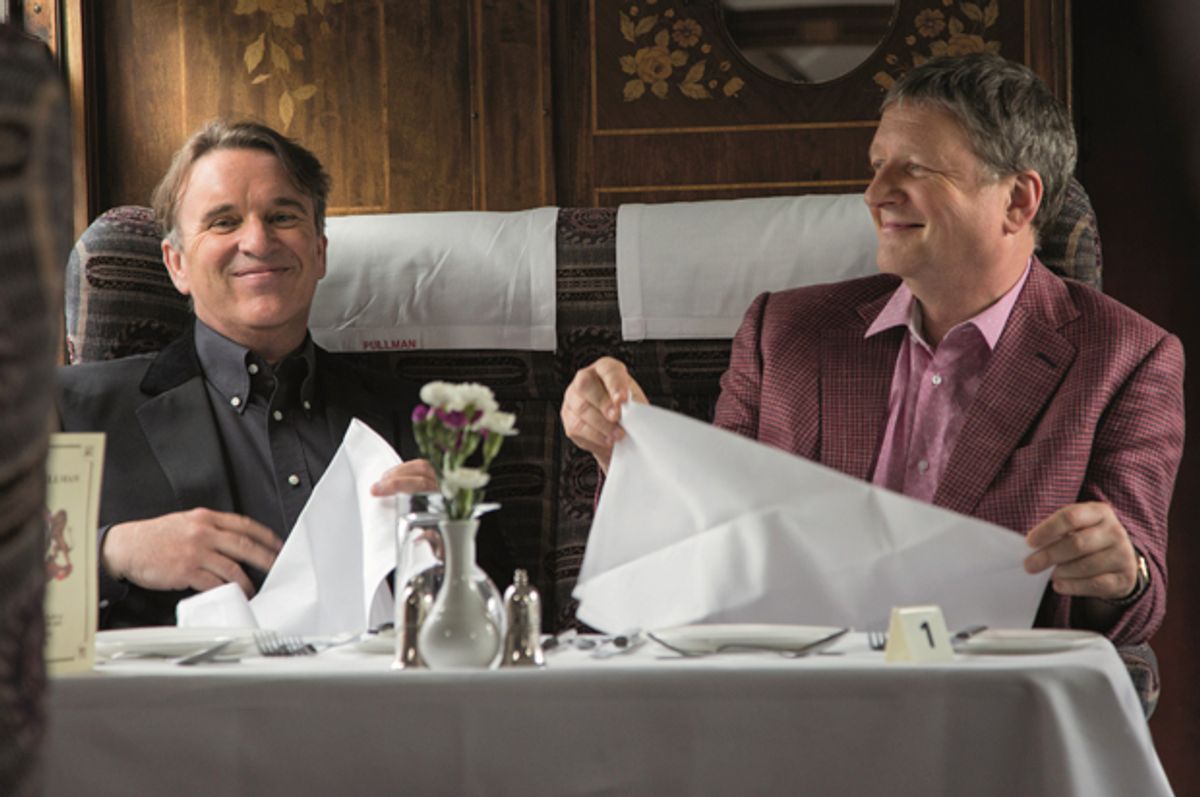 Squeeze has returned and all is well in the world. Actually… no, but to longtime fans of the classic British songwriting duo of Chris Difford and Glenn Tilbrook (and the rotating lineup of players that's included Paul Carrack, lead singer of their hit “Tempted,” and Jools Holland, beloved UK television show host), the release of "Cradle to Grave," a brand-new Squeeze album of original material, the first in over a decade, can make it seem like we’re not Hellbound. Between 1978 and 1998, Squeeze could be counted on for at least one tremendous single (“Take Me I’m Yours,” “Up the Junction,” “Pulling Mussels From the Shell,” “Black Coffee in Bed,” “Annie Get Your Gun,” “The Hourglass,” “Some Fantastic Place”) and the occasional masterpiece album (1980’s "Argybargy" and the following year’s Elvis Costello co-produced "East Side Story"). Witness:

“Another Nail in My Heart” off "Argybargy":

Squeeze first broke up in 1982, but have reunited for sporadic albums and tours (even opening for David Bowie on the infamous Glass Spider fiasco in 1987). "Cradle to Grave" is appropriately reflective for a veteran band, but contains Tilbrook’s unmistakable sense of melody and virtuosity, along with and his and Difford’s high/low frog and harmony. Heartwarming stuff for the cold and flu season.

Here, Tilbrook discusses the new music, the oldies, and whether he and his mate are back for good.

Okay, I should confess that Squeeze was my favorite band. I was too young for the Beatles and the Stones when they were starting out, but I remember buying "Argybargy" and "East Side Story." I was wondering if you got feedback over the years from similar people who were not casual or ambivalent about Squeeze. They were a favorite band-band.

Yes. But I think that our relationship with our fans is sort of like the same with other bands: 10 percent are really absolutely mad about it, and the other 90 percent, who really like what you’re doing, then go back with their lives, and come back to you now and then.  And why shouldn’t they do that? I am obviously obsessed with what we do, but that doesn’t mean everyone else should be. But, that 10 percent really stood by us.

There’s been a lot to stand by. I just remember watching MTV and learning that Squeeze and the Jam broke up, and it felt like being punched in the face. Then you came back, almost bigger than ever, in the mid-'80s, but left us again and then were back again…

There were one too many times.

Glenn, it was an emotional roller coaster for a serious Squeeze fan, let’s say. So, I was wondering how it was like for you? Same feelings?

You know, it has been very weird because most of Squeeze’s commercial success – it was way toward the beginning of our careers. We kept on going, but eventually we were dropped by the major labels in 1995. To go on tour a lot and carry on making records, after that, in a way, I rediscovered what I and what Squeeze had had in the beginning. It is about writing for yourself, and people either like it or they don’t. Generally they have, but you have to listen to yourself, and not listen to other people.

When you hear a lot of the older singles you hear punk (the John Cale-produced debut, known as "U.K. Squeeze" in America), soul (“Tempted”), country (“Labelled with Love”) and a wide variety of proggy songs (“Last Time Forever”) as well as super mainstream pop (“The Hourglass,” their biggest U.S. hit). Do you think Squeeze is more eclectic than they get credit for? Most still think of the band as New Wave.

I think we certainly became more eclectic. I think in our second and third albums, we were a very esoteric pop band. By the time "East Side Story" came out, which is our fourth album, Elvis Costello was pretty encouraging [to us] to spread our wings and take on other types of music. It was about around that time that we started ignoring genres.

Which Elvis was trying to do also, of course.

Yes, exactly. And you can’t do that. But, what you can do is follow your heart, and I think this Squeeze record is really the culmination of doing that, of believing in yourself and not what other people think or say about you.

Is the title a resignation that you’re in it for life now? The lyrics on this album seem direct and reflective, as opposed to the earlier records, when they were much more full of Chris’s wordplay, clever and witty lyrics.

Yes, I think that’s true. The title, "Cradle to the Grave," is really written as a comment on ourselves, as a deft observation about where we were. Indeed, we started doing that song live three years ago; it just had a tremendous effect on audiences that didn’t know it. You could always tell when a song goes well because an audience will never lie to you.

Has touring for nearly a decade helped, so that when it came time to make this record it was easier?

Well, what happened – and it’s really hard to catch it happening when it is happening in slow motion – is that Squeeze got a bit complacent in the ’90s before we split up. We tried to break out of that, but it didn’t quite work. When I saw Brian Wilson live I did think to myself, “If ever Squeeze came together, we have to play with the same amount of attention to ourselves, like what Brian band’s doing.”

You saw him with the full Wall of Sound live band.

Yes, and it was amazing! Actually, they were playing the records properly. I think what happens with bands when they play the songs for a long while is that they get into all sorts of different versions of songs. So, when Squeeze got back together, I thought, “All right, let’s go back and listen to the records, and let’s do it that way.”

Squeeze has always been good for one drinking song, and maybe you’re growing up a little bit.

There’s one on this album that’s got a hangover in it.

You recently played the new songs in the Jools Holland show; what was it like? Have you and Jools stayed friendly over the years?

We certainly don’t live in each other’s pockets, but after the show Chris and I went back to Jools’s and had supper, and had a really nice time. It was lovely.

Is it the full band or just you and Chris on acoustic guitar?

It’s not just acoustics. We’ve got electrics, and keyboard. And also, there’s a guy called The Man in the Golden Cape, who at four intervals during the set will be going around to get questions that we will answer.

I hadn’t thought about that.

You should dust it off. So, is this the beginning of potentially another phase in Squeeze’s recording career?

Well, I’m speaking to you from Glasgow, Scotland. We have a sold-out tour here. And our record was charted the highest position of any Squeeze record ever. So, I will say I’m looking forward to people in America, and reacquainting ourselves with people there.