Homeopathy is pure quackery: People prefer alternatives, even if those alternatives are useless

Mounting evidence suggests it simply doesn't work, and yet it's more popular than ever. Psychology explains why 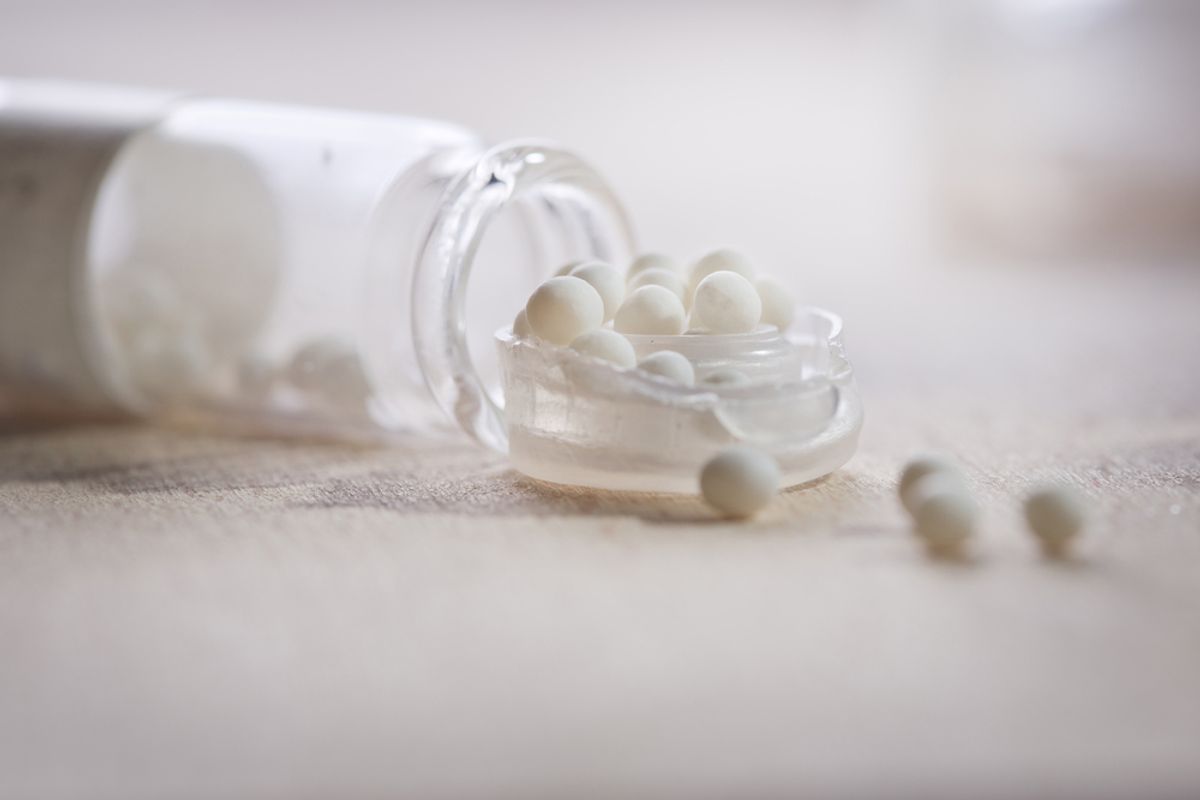 Does homeopathy actually work? It's a long-standing debate. Although the evidence is mounting that it doesn't, a lot of Americans seem to believe in it. According to the latest estimates from the Centers for Disease Control, about 3.3 million Americans spen t$2.9 billion on homeopathic remedies in 2007. The alternative healing practice has a long list of famous acolytes, from W.B. Yeats, Mahatma Gandhi, Mark Twain, and Dizzy Gillespie to more recently, Cindy Crawford, Paul McCartney, Martina Navratilova and Oprah Winfrey. Even former U.S. Surgeon General C. Everett Koop called homeopathic physician Dr. Justice Gage Wright "a great model."

The idea behind homeopathy is simple: Dilute a concentrated tincture of crushed herbs, minerals and animal substances in a solution of alcohol or lactose. German physician Samuel Hahnemann, who conceived of homeopathy in the early 19th century in part due to his distrust of mainstream medical practices such as bloodletting, believed that substances that caused illness could also cure those same illnesses in a diluted form. He called it the "law of similars." The more diluted the substance, he believed, the more effective it was at treating symptoms.

One person who finds it pretty convincing is Prince Charles, who like other members of the royal family, is a long-time devotee of homeopathy. (The royal family even employs a court homeopath.) In 2006, he told the World Health Assembly in Geneva that the practice is "rooted in ancient traditions that intuitively understood the need to maintain balance and harmony with our minds, bodies and the natural world." A staunch environmentalist, Charles is famous for his green thumb and devotion to organic gardening methods.

On the other side of the debate is Yvette d’Entremont. Armed with bachelors' degrees in theater and chemistry and a masters in forensic science — and using the moniker "SciBabe" — d'Entremont is on a mission to debunk alternative medicine, often in dramatic fashion, like when she took 50 homeopathic sleeping pills for a YouTube video.

She writes on Slate:

In most cases, dilutions are performed until there is no measurable active ingredient still present in the medication. You might think that a tincture of tap water would be medically inert. But homeopaths propose that their treatments work because water has a memory. Really. Some homeopathic remedies are sold in pill form. In such cases, transferring the diluted liquid (again, pure water) onto a sugar tablet and then letting it evaporate works because the sugar has a memory of the water that has a memory of the chemical … Does homeopathy work? No. Water does not have a memory because water is just another chemical. The most it’ll help with is dehydration.

But d'Entremont isn't as worried about homeopathy's possible lack of medical efficacy as the confusion that its producers create in the marketplace:

My biggest concern with homeopathy is the labeling. I’m a scientist and science writer who wants consumers to understand what they’re buying, but what do any of these homeopathy labels mean? “200C.” “10x.” “3C.” “Humulus lupulus.” “Arsenicum alb.” “Natrum Muriaticum.” What language are they even written in? Why do natural health advocates demand that products with GMOs be labeled but ignore that homeopathic products are labeled in another language and without clear denotations of the quantities of active ingredients? If you want further proof that this is true, pick up any homeopathic medication and try to decipher how many grams there are of just one active ingredient. Odds are that you will not be able to conjure a clear answer by simply reading the label.

Even more concerning, she points out, is the fact that, since homeopathic labeling laws are different from those for actual medicine, "the only actual drug in a bottle of homeopathic medicine — ethanol, the same active ingredient in vodka — doesn’t have to be listed as a drug."

To show how dangerous this actually is, she created a YouTube video in which she purchased from CVS $36 worth of homeopathic constipation relief that is 20 percent alcohol. She used a breathalyzer to reveal that she got legally drunk (0.11 blood alcohol level) from just 6 ounces of the stuff. Yet the label said the product was "safe and non-habit forming."

The FDA, which has sent nearly 40 warning notices to homeopathic manufacturers since 2009, has indicated that it may be tightening its regulation on the industry.

D'Entremont calls homeopathic remedies "expensive placebos," noting a well-known 2005 meta-analysis of homeopathy trials conducted at the University of Berne in Switzerland that concludes there was "weak evidence for a specific effect of homeopathic remedies," a finding the researchers said was "compatible with the notion that the clinical effects of homoeopathy are placebo effects."

The placebo effect can be powerful, though. A recent and compelling study found that Parkinson's patients fared better using placebos than costly medications. Amy Norton writes on WebMD:

On average, patients had bigger short-term improvements in symptoms like tremor and muscle stiffness when they were told they were getting the costlier of two drugs. In reality, both "drugs" were nothing more than saline, given by injection. But the study patients were told that one drug was a new medication priced at $1,500 a dose, while the other cost just $100 — though, the researchers assured them, the medications were expected to have similar effects. Yet, when patients' movement symptoms were evaluated in the hours after receiving the fake drugs, they showed greater improvements with the pricey placebo.

The growing distrust in Big Pharma may play a role in the growing interest in the use of complementary and alternative medicine (CAM), which the National Institutes of Health defines as "a group of diverse medical and health care systems, practices, and products that are not generally considered part of conventional medicine." CAM includes homeopathic treatments. Perhaps because natural remedies are by definition "natural," consumers are less concerned that only a third of them have ever been tested: By next year, alternative medicine industry revenue in the U.S. is expected reach $14.3 billion. Across the pond, homeopathic use is strong: Nearly 6 million Britons see CAM practitioners every year, with one in four wanting access to be universally available through the National Health Service.

In a TED talk, behavioral economist Dan Ariely argued that, when given a choice, people prefer alternatives, even if those alternatives are irrelevant. In the case of alternative medicine, consumers may not agree wholeheartedly with either Prince Charles or SciBabe. But when they're not feeling well, they're happy to take a little from each pot, even if one of those pots is considered by many to be quackery.