While attention-hungry Arbour shock-jocks her way back onto our feeds, these vloggers are doing great work 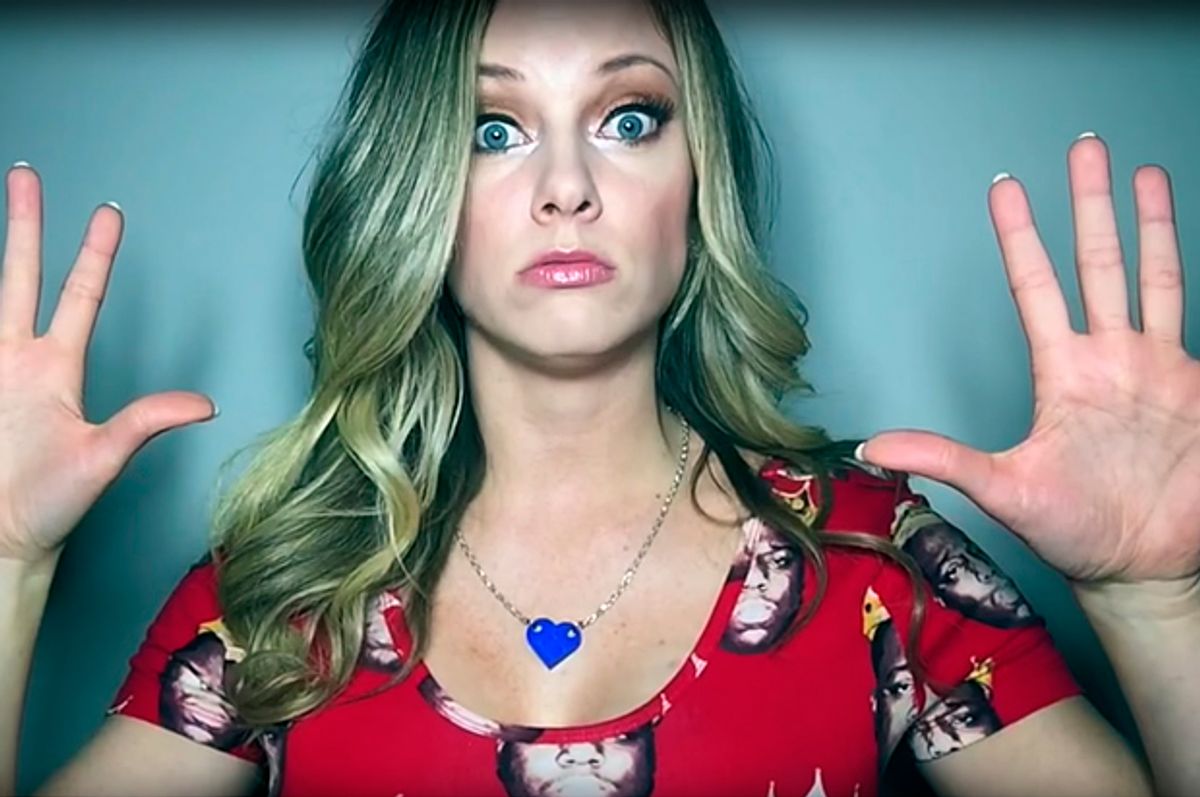 18 seconds into her new YouTube video “Dear Black People,” vlogger Nicole Arbour, who you may recall incited the wrath of many people in September with her hateful “Dear Fat People” video, she says of her inclusion of vlogger LaToya Forever, “To act as my insurance policy—I mean, to join me in this video…” That right there should tell you all you need to know. Oh, and prior to that she accused her viewers of being “racist” for judging her use of the phrase, “Dear Black People.”

I could share a laundry list of reasons why I, a fellow white person, found Arbour’s latest effort vapid, boring and offensive, but I’m not going to. In part, it’s already been done, by vloggers like Chris Lawrence and in insightful essays at The Frisky and Esquire. But even more, I believe Arbour’s m.o. is simply a way for her to laugh her way to the bank—and onto shows like The View.

I was visiting my friend Nichelle Stephens, a social media strategist, last week, when news of Arbour’s video began making the rounds. We watched it and were equally nonplussed. But I figure I can use this story as an opportunity to introduce readers to vloggers who are smarter, funnier and more deserving than Arbour.

Stephens told me, “Nicole Arbour, realizing how much attention she got from ‘Dear Fat People,’ decided to troll again with ‘Dear Black People.’ It's a cheap grab for clicks just like what Lorne Michaels did for TV ratings by having Trump host Saturday Night Live. There's nothing original or funny about the funny. It's offensive to my comedy senses.”

The more outrage, the more clicks, the more popularity Arbour can tout, even if people are hate watching, which is why she even posted a bonus video on her Facebook page, which features more of the same inane thoughts seemingly about race, but really always bringing it back to Arbour herself. Watch it if you need Arbour to tell you “all black guys don’t have big dicks.”

There’s a reason many are urging us to simply ignore Arbour. Her “let me spout off about a group of people I’m not part of to tell them what’s wrong with them” shtick has already gotten old. While “Dear Black People” isn’t problematic in the exact same ways as “Dear Fat People,” where, in the guise of “helping” fat people, Arbour spouted stereotypes and pure hostility, that doesn’t make what she’s saying in this new one at all okay. Arbour seems to think that supposedly “positive” stereotyping, prodded up by the “insurance policy” of her black friend, expressing concern for policy brutality and randomly throwing around the word “racist” make her unassailable.

But instead of giving her even more attention than I already have above, I want to direct you to black videos by black vloggers who are far more worthy of your clicks than Arbour. There’s a cycle that happens online, where someone does something so over-the-top and outrageous that everyone else simply has to respond. I’ve participated in it plenty of times myself (the Starbucks “War on Christmas” over their red cups being a prime example). But after a while, I think we have to say enough is enough.

I hope Arbour can find a way to channel her penchant for exhibitionism into something beyond a persona designed to outrage and offend. In the meantime, I’ll be looking for vloggers with something more interesting to say.