Seth Meyers drops the mic on Ben Carson, media: "Comparing Obamacare to slavery is worse than a few self-aggrandizing fibs"

"Be it hammers or stabbing, the (fibs) are all minor compared to comments Carson has made about actual policy" 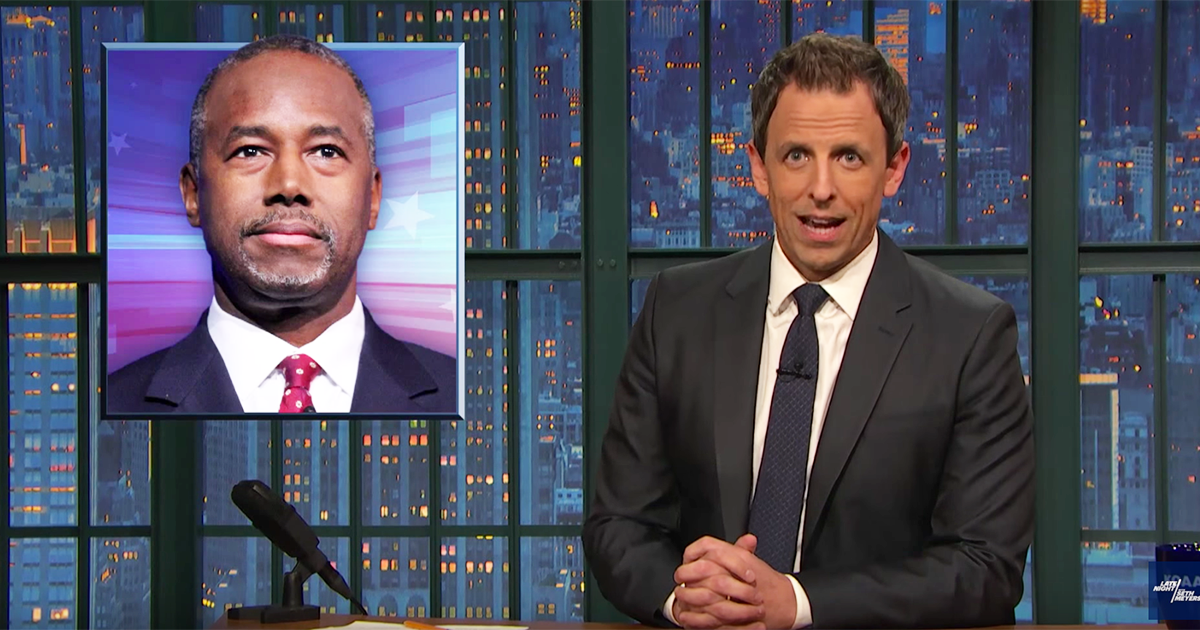 Host Seth Meyers took a "Closer Look" at Ben Carson's inconsistencies on Monday evening's "Late Night," asking what many in country are calling a WTF Moment.

"Despite the fact that his closest competitor," Donald Trump, danced like Drake in a "Hotline Bling" parody, Dr. Carson stole the news show by spending the weekend blaming the media for all of his campaign ills.

"Somehow, some way, Ben Carson pulled off the impossible, and had the craziest weekend of any GOP candidate," Meyers said.

Carson is claiming that pre-President Barack Obama got a way easier go at it, but Meyers called BS, "I'm sorry, do you not remember the whole birth certificate thing?" Meyers said. "There's literally no way to question a person's background more than to say, 'Prove you are who you say you are.'"

Meyers joked that even the other GOP candidates are taking the media's side making the strangest bedfellows in political history.

"Look, be it hammers or stabbing, they're all fairly minor compared to comments Carson has made about actual policy," Meyers said. "Implying that gun control helped lead to the Holocaust and comparing Obamacare to slavery are much worse than a few self-aggrandizing fibs, and those are the kinds of irresponsible statements we should be focusing on," he then dropped the mic.