“But at least no one ever accused Obama of not stabbing a guy.” 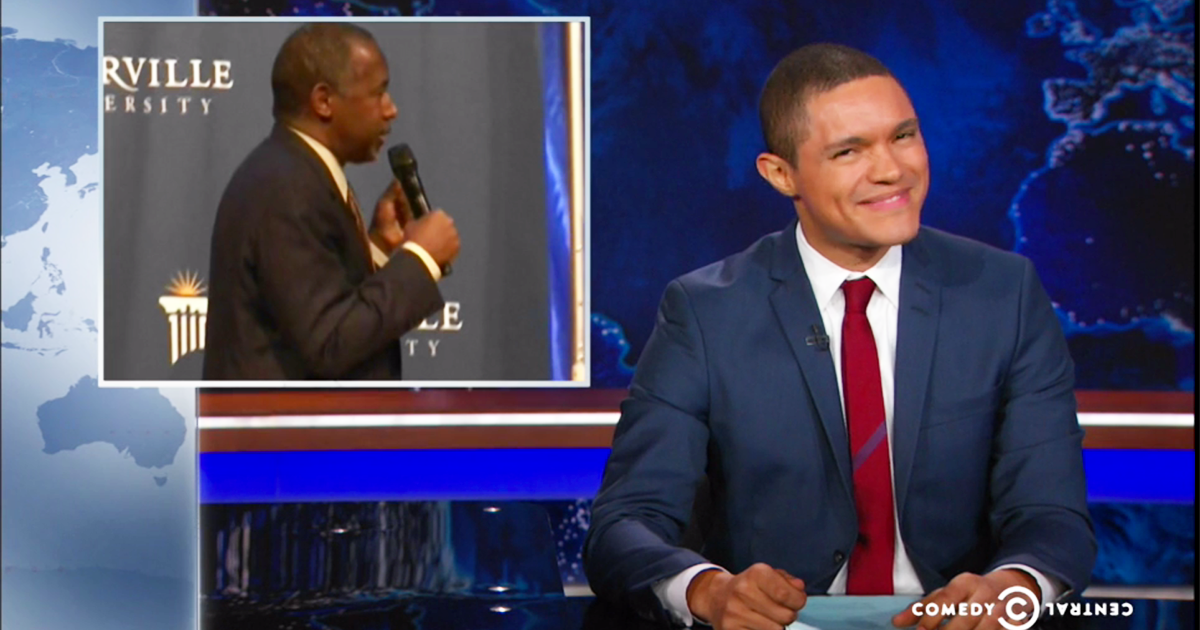 "Daily Show" host Trevor Noah is calling BS on Ben Carson's latest claim that the media is somehow being unfair to him and that they handled pre-President Barack Obama with kid gloves when he ran. Perhaps, because Carson wasn't involved in politics back in 2008 he missed out on the whole, Bill Ayers, Jeremiah Wright, pot smoking, cocaine snorting, "community organizer," birth certificate, secret Muslim terrorist, inexperienced politician, speaks Arabic, was a Black Panther, parents were communists, attended a madrassa in Indonesia, won't put his hand over his heart, can't live without his teleprompter, was accused of being the Antichrist and so many more weird conspiracy theories that the media has given airtime to. Seriously, there are actually more.

So, when Carson says he does "not remember this level of scrutiny" on Barack Obama he's correct, it was far worse and it hasn't stopped in seven long and annoying years.

“Yeah, so they vetted Obama to the point where they questioned whether he was a legitimate natural-born American citizen,” Noah said. “But at least no one ever accused Obama of not stabbing a guy.”

Now, Carson is being forced to defend his own street-cred with the press because he makes things up. No, he wasn't offered a West Point scholarship. No, he never met General Westmorland. Now, no one can find these "Bob" and "Jerry" figures to verify if Carson once nearly stabbed someone and use to hit people with bricks and bats. His other childhood friends are denying he was like that.

Putting out a campaign rap song won't deflect from the hard realities of the fact-checking machine. Nor does it make Carson cool or does it give him any kind of street cred. Even Larry Wilmore can't listen to that shit.

“Maybe it’s me or where I’m from, but this sh*t is weird,” Noah said. “The media is saying, ‘Those rumors about you having a clean record and you being an upstanding member of society, those things are true.’ And Ben Carson’s like, ‘Bullsh*t! I’m dangerous and I tried to kill people and I’m a bad person and I should be president.’ What world are we living in?”